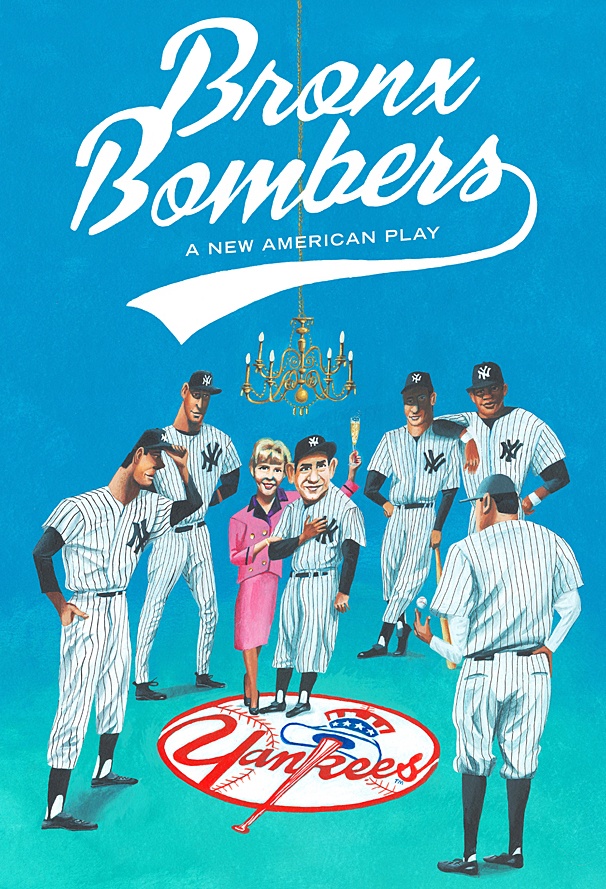 Over at the arts website Escape Into Life, a review of the play Bronx Bombers with some extremely interesting thoughts from my brother Scott Klavan on sports versus the theater:

Let’s face it: sports are better than theater. Every day and night, pro and amateur athletes, in major and minor leagues, take genuine risks, putting their bodies, their whole selves, out there, putting it all on the line. In sports, reputations are made and ruined in a game; healthy, seemingly invincible stars are frequently, seriously, injured and carted off the field. The crowd sits on the edge of its seat, rapt, watching to see if it’s a pass or run, if he’ll shoot or drive in, take the pitch or swing away. The audience gasps with excitement, curses in disappointment and yells out helplessly in surprise. People playing and watching remember the outcomes, the wins and losses, for many years, their whole lives. In sports, everything is spontaneous and something is at stake. Almost one hundred thousand people attended this year’s Rose Bowl. Over one hundred million watched the Super Bowl on TV, and it was a lousy game.

On the other side, today’s theater, with a finite audience and various kinds of inhibiting pressures, tends to wilt and play it safe. Producers, directors, and playwrights, afraid of alienating the remaining few who can fork over the exorbitant price of a Broadway or Off-Broadway ticket, adhere to the conventionality of political correctness, coddling their customers. In boxing, a man is hit hard, and the opponent advances towards him, trying to finish him off. In new plays, nothing much is dared or threatened. A play shoots a jab at the audience, and, before long, pulls its punch, softening even that blow. Sports has become a multi-billion dollar business. Most plays lose money; in theaters across New York, you can easily count the house.