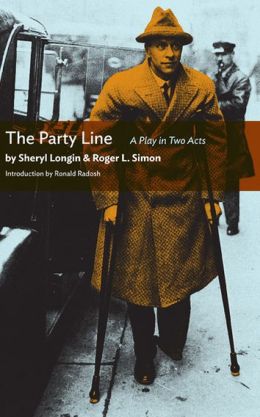 It’s difficult to watch Barack Obama begin a second term with the debt, the unemployment rate, the poverty rate, and the number of people on food stamps all higher than they were when he took office the first time. It’s difficult to see him sworn in after he surrendered the war we’d already won in Iraq and doubled down on a war no one could win in Afghanistan. Obamacare is about to contribute to medical entitlements that will devour a third of our profligate budget. The Middle East is being swept under by the tide of Islamism George W. Bush tried so hard to stem. It’s tough to see Obama handed the power of making policy for four more years.

The short-term reasons this happened are becoming clear. The Democrats ran a cynical but effectively targeted campaign. The Republicans were blind to changing demographics and deaf to the fears of the working class. But in a larger sense, it’s just the nature of the beast — namely us; namely humankind.

I had the pleasure last weekend of reading The Party Line, a new play by PJ Media’s own Roger L. Simon and his wife Sheryl Longin. The drama tells two interlocking based-on-truth stories. One is the story of Walter Duranty, a New York Times reporter who won the Pulitzer Prize even as he was covering up the Soviet-created famines that were murdering millions in the Ukraine. The other is the story of Pim Fortuyn, the courageous Dutch politician who warned against the Islamization of the Netherlands and was assassinated by a crazed environmentalist out to protect Muslims.

I call reading this a pleasure because the play is a good one, evocative and powerfully written, as I’d expect from Roger and Sheryl, experts at finding the human drama in historical events. But it was also a disheartening reminder of an aspect of human nature that has haunted me for many years and that has reached a sort of apotheosis with Obama’s re-election

As the title suggests, the theme of the play — and what links the two stories — is the triumph of credo over truth, the ferocious commitment that decent, intelligent, educated people make to virtuous-sounding ideals and well-intended programs that are, in fact, the sure road to atrocity. The utopian hope of Communism, which has caused its adherents to turn a blind eye to mass murder and oppression…  the high-minded lie of multiculturalism, which, in the name of tolerance, has given aid and comfort to the enemies of civilization… Intellectuals and sophisticates not only cling to such fancies but demonize the prophets who try to reveal their real nature.

These creeds don’t deliver what they promise, but they do provide their followers with a sense of their own virtue — a sense that comes to trump the millions of lives shattered or lost in the course of the creed’s actualization. For all their good intentions, the true believers somehow seem to forget that each human “sacrifice” to the greater good had a life as urgent as their own; had dreams, loves, thoughts, experiences each more worthy of reaching fruition than even the finest of cloud-based utopias.

Barack Obama is not a monster like Stalin or the jihadis. Conservatives who say he is are hysterical children who haven’t lived, who don’t know what a real monster can be. The president is just an empty mediocrity who trimmed his narcissism to the credo of the age and became its incarnation. We can survive four more years of him, I’m sure. But when he’s gone, we’ll still be stuck with the leftist pundits and pols who accuse reformers of racism even as their own policies turn African-American lives into crime-ridden nightmares; the economists who spread the gospel of debt and who ridicule the free market even as the bankrupt nations of the west spiral into decline; the feminists who hector women out of their homes and away from their families and then try to rationalize the steady decline in female happiness; the militant atheists who evangelize and enforce a philosophy that decreases joy and increases despair wherever it takes root; and all the rest of the well-intended workers on the road to hell.

I’m embarrassed to say it, but in my youth I thought humanity stumbled slowly but surely toward the light of truth. Now I believe that we cling desperately, even violently, to the sense of our own virtue — and that the light of truth, which reveals us as we are, is our natural enemy. We would rather destroy the world than know ourselves.

So welcome to Obama’s second term.