About Stories and Their "Messages:" A Response to comments on "The Grey" 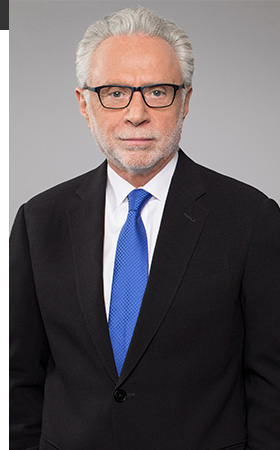 I can’t help but notice that, here at PJMedia, it’s easier to elicit political comments from readers than cultural ones. Readers are generally eager to chime in on a discussion about, say, Fast and Furious, but when I review a movie or book…  not so much. Which I’m sorry about, because I really like hearing from folks about these things. I have a professional interest in readers’ opinions on the arts, plus I just think it’s healthier for the minds of humans and other featherless bipeds to ponder works of the imagination at least as much as works of the legislature.

For instance, I was very much taken with the responses to my review of The Grey (just below). I admitted in the review that it was my kind of picture — men against the elements, macho bromides galore and so forth — and confessed that, with pictures like this, if it makes internal sense and isn’t PC, I’m pretty much gonna sign on. (My wife, on the other hand, walked out after ten minutes because of the gore. I was going to tease her about being a girly-girl but then I remembered, oh yeah, that’s why I married her!) But for that very reason, I was interested in those who took issue with my praise for the film.

One commenter — religious, I assume due to the monkish moniker Sherab Zangpo — objected to the film’s message, which he read as “fighting is useless.” Now I disagree that that’s the film’s message, which I thought was more along the lines of, “Yikes!  Wolves!” or maybe something more Hemingwayan like “A man must stand nobly against Death, even if Death always wins in the end.” But more importantly: Do we have to agree with a story’s outlook on life to enjoy it?

One of my favorite novelists working today is Scott Smith, author of A Simple Plan and The Ruins. (These became a so-so and awful movie respectively, but both books are excellent.) I don’t know Smith but, as far as I can make out, he’s a nihilist who believes that man is corrupt trash and nature is a devouring beast and everything else is illusion. Now I disagree with that point of view — but I also understand you can tell honest stories from that perspective, stories that are recognizably human, pose important questions and harrow the soul. This is untrue of far prettier points of view like “life is a bed of roses,” or “man is inherently good,” or “Oskar Schindler was an important part of the holocaust,” which are pure nonsense and likely to produce sentimental crap no matter how talented the artist at work.

In any case, if a story is truly honest and good, the “message,” if there is one, may turn out to be not at all what the author intended. In the case of The Grey, I suspect the real message was probably, “Stay with the plane, you idiot!” which, like commenter J. Lambie, I only barely refrained from yelling at the screen… though I was thinking it. Wouldn’t have been much of a story if they’d listened to me though. I’m with commenter Tim Powell on this: In the end, it’s only a movie.