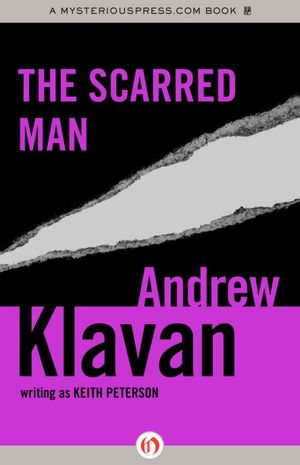 I’m delighted to say that The Scarred Man, one of my earliest crime stories — and the first, I think, on which I put my own name (Andrew Klavan writing as Keith Peterson or something like that) is now available in e-book form at MysteriousPress.com. Although, as I recall, I published this book after my John Wells series, I actually wrote the first draft of it earlier. It was a book that solved a tremendous problem for me at the start of my career. I knew that I didn’t have a popular mind-set or sensibility, that my view of life was different from the one I saw in bestsellers, but I also knew that my talent was for writing suspense stories, the kind that are meant to reach a popular audience. I struggled with this a long time — until I read Wilkie Collins’s wonderful Victorian thriller, The Woman in White. Darker and sexier than a Dickens novel (although Dickens may have had a hand in writing it), The Woman in White proved to me that a thriller could be as rich and strange as any other novel, if you did it right. I wanted to translate some of that depth to the faster, tenser, terser American style. Shortly thereafter, I sat down and wrote The Scarred Man. It’s about a young man who falls madly in love with his boss’s daughter at Christmas time. All goes well, until he tells a Christmas ghost story — then she runs away, refusing ever to speak to him again. To win her back, he has to find out why — which turns out to be a dangerous business.

It’s an early effort, but still has some moments in it I’m proud of. And it’s still a fun read. You can buy it in all popular e-formats here.