Welcome to Insanity Wrap, your weekly dose of the best of the worst. Joe Biden’s weaponized IRS is the new big crazy.

The utter state of riding the subway in NYC: pic.twitter.com/BG1gRDlJLi

Just to be clear, this sharp lady is not the crazy one.

Neither are the people supporting her in the comments. 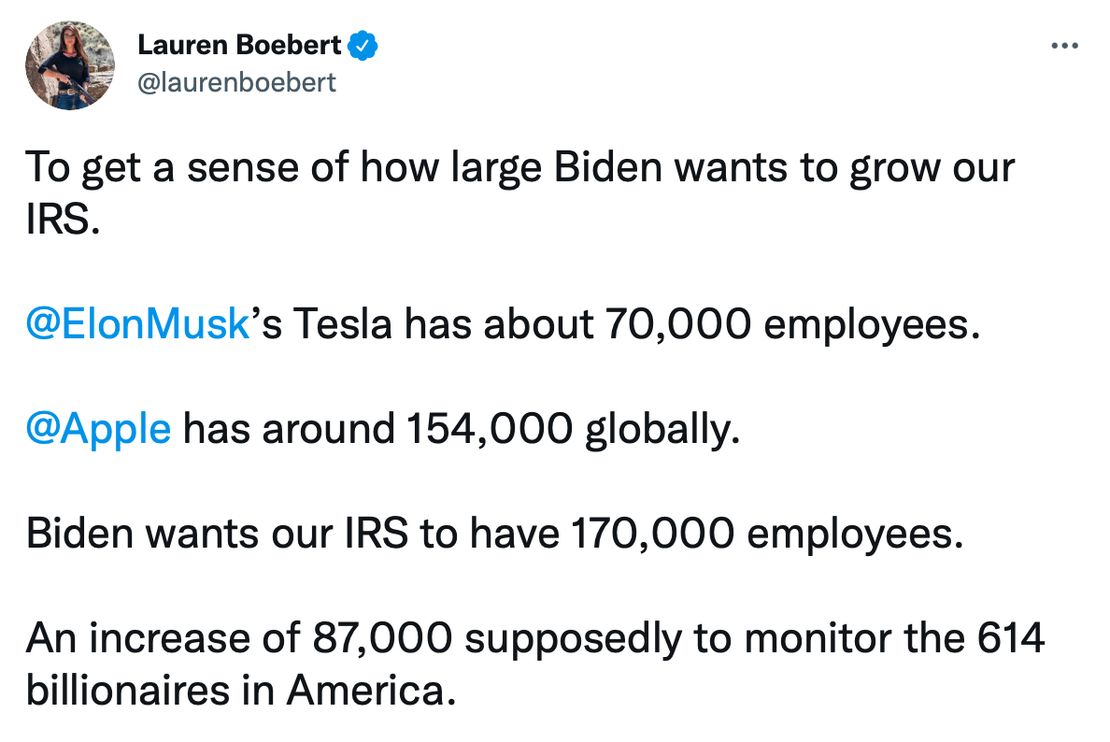 “He has erected a multitude of New Offices, and sent hither swarms of Officers to harrass our people, and eat out their substance.” -from the Declaration of Independence

Look, you know the drill. Billionaires don’t pay their “fair share” of income taxes because most of their money isn’t income. Mostly, they own paper wealth — the value of the shares of the companies they founded.

They also have tax lawyers who eat IRS agents for breakfast.

So, no, Presidentish Joe Biden’s additional 87,000 agents won’t be going after Elon Musk or Jeff Bezos.

They’ll be going after middle-class taxpayers because we’re appealing for two reasons:

Biden would send hither swarms of officers to harass our people and eat out their substance.

But can you blame him? It isn’t cheap buying 81 million LOL votes, so Biden needs to rob the middle class because that’s where the money is (and the lawyers aren’t).

If elected, Insanity Wrap will reduce the entire IRS to one guy named Phil, who has narcolepsy, short-term memory problems, and tends to drink too much.

P.S. Insanity Wrap would love to buy Congresscritter Boebert a drink for her tweet. In fact, we’d love to buy her several, IYKWWM.

That confused look on Congresscritter Matt Gaetz’s face is the exact same one Insanity Wrap had on our face when we read the headline.

It isn’t like Insanity Wrap isn’t internet-savvy. The first time we were on the internet — on a dumb terminal in a tiny computer lab on the ground floor of our dorm at Mizzou in 1987 — we didn’t even know it was called the internet.

All we knew was, suddenly we were chatting with people in places like Finland, and that it was very, very cool.

We’ve been on the internet pretty much constantly ever since, including a small blog called VodkaPundit we’ve been writing for nearly 20 years.

Apparently, but you’ll have to read to the end of the excerpt to find out what that is:

Microsoft Network (MSN) posted a “news” story to their website on Thursday which appears to use a far-left bot account on Twitter as a source for a story on Congressman Matt Gaetz.

The headline on the article was taken from an unverified, left-wing troll Twitter account by the name “Riley Singh,” and alleged: “‘Gaetz hopes Kyle Rittenhouse has friends who are underage girls’: Matt Gaetz’s history with teens resurfaces after internship offer.”

But Gaetz is the one with sex issues, eh, Covucci?

Insanity Wrap advises washing your hands after reading any of his articles.

Get out of the Democrat run shithole cities.

Good advice — and Insanity Wrap isn’t saying that just so we can sell our exurban home at an exorbitant markup before we move even further out in the sticks. 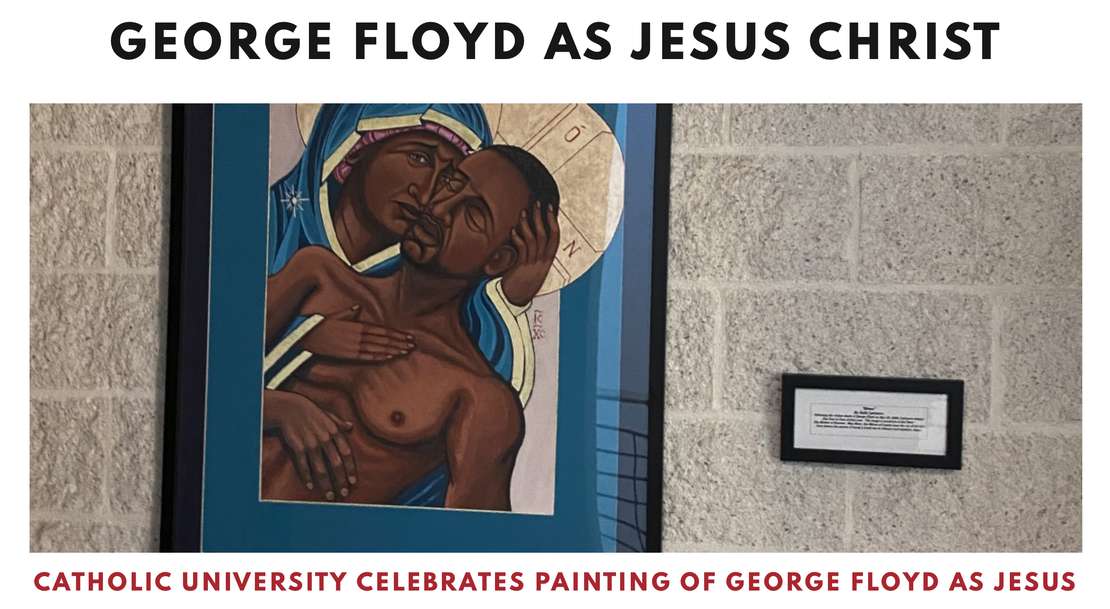 Insanity Wrap is a big fan of OffThePress, the best of several Drudge Report replacement sites.

But with this screencap of the site’s current home page, we literally can’t even.

And Insanity Wrap isn’t the kind who never can’t even, not even figuratively.

Or did we miss that scene in the Bible when Jesus went into the convenience store and harassed the customers in his drug-induced stupor?

Now? Insanity Wrap believed you then, too.

Previously on Insanity Wrap: Voting by Napkin Legal in Seattle 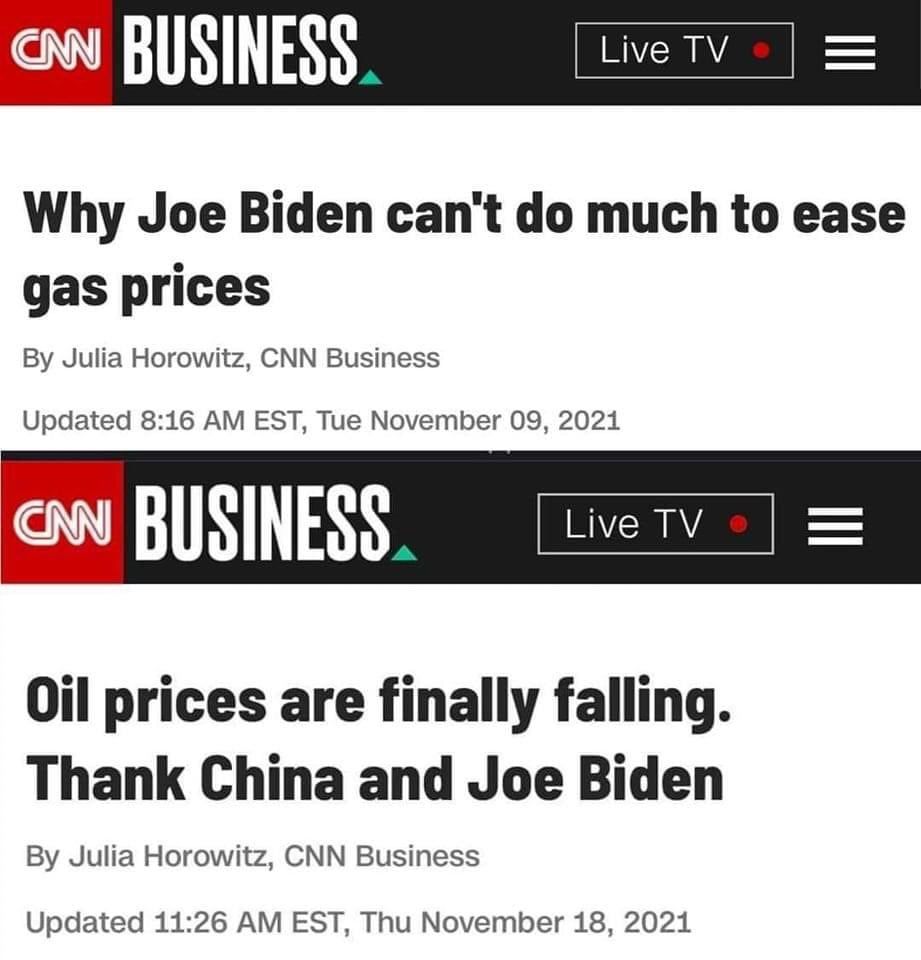 Insanity Wrap will have more on this later in the week, but the panicked White House is preparing a major PR campaign — perhaps even including criminal investigations — of the very same domestic oil industry he’s been trying to shut down.

It’s part-and-parcel of Democrat politics, as you’ll see in this flashback to 2008:

WITH AMERICANS steaming over $4-a-gallon gasoline and ExxonMobil reporting first-quarter earnings of nearly $10.9 billion, the temptation to grandstand about “obscene” profits and “greedy” oil companies is one too many politicians cannot resist. On Monday, seven Senate Democrats proposed the “Consumer-First Energy Act of 2008,” the centerpiece of which is a 25 percent windfall-profits tax on US oil companies. This, the senators declared in a press release, will “address the root causes of high gas prices.”

Just how it would do that they never quite make clear, perhaps because rattling class-warfare sabers is higher on their priority list. “Oil companies are racking up obscene profits left and right while American families are stretched to the limit by skyrocketing gas prices,” growls Senator Charles Schumer of New York. “It’s time for Big Oil to pay its fair share so Americans can see a little relief.”

Also aboard the windfall-profits bandwagon are presidential hopefuls, Barack Obama and Hillary Clinton. “We’ve got to go after the oil companies and look at their price-gouging,” proclaims Obama. “We’ve got to go after windfall profits.” Clinton derides oil-company profits as “Dick Cheney’s wonderland” and evidence that “there is something seriously wrong with our economy.”

Plus: “We’ve been down this road before. Under a windfall tax signed into law by Jimmy Carter, domestic oil production plummeted by an estimated 795 million barrels, while imports of foreign oil surged.”

Insanity Wrap isn’t sure how we’re going to buy much more foreign oil, when the last time Biden asked OPEC to pump more they just laughed.

Insanity Wrap apologizes for nothing … although we do admit that we probably ought to.

Come back next week for another Insanity Wrap …

… assuming we make it that long.