You Can't Unsee This: Pfizer Meme Grosses Out the Known Universe

It’s a popular meme on the Right that the Left can’t meme, and this Pfizer meme just proved why with the creepiest pro-vaccination tweet ever.

I’ve had all my shots, but after seeing this thing I’d (almost) rather get shingles than take another vaccine.

What is “Science” trying to do to that smiling happy person? MAKE IT STOP.

If you aren’t familiar with the “Running Away Balloon” meme, that might be because it’s only a few years old. 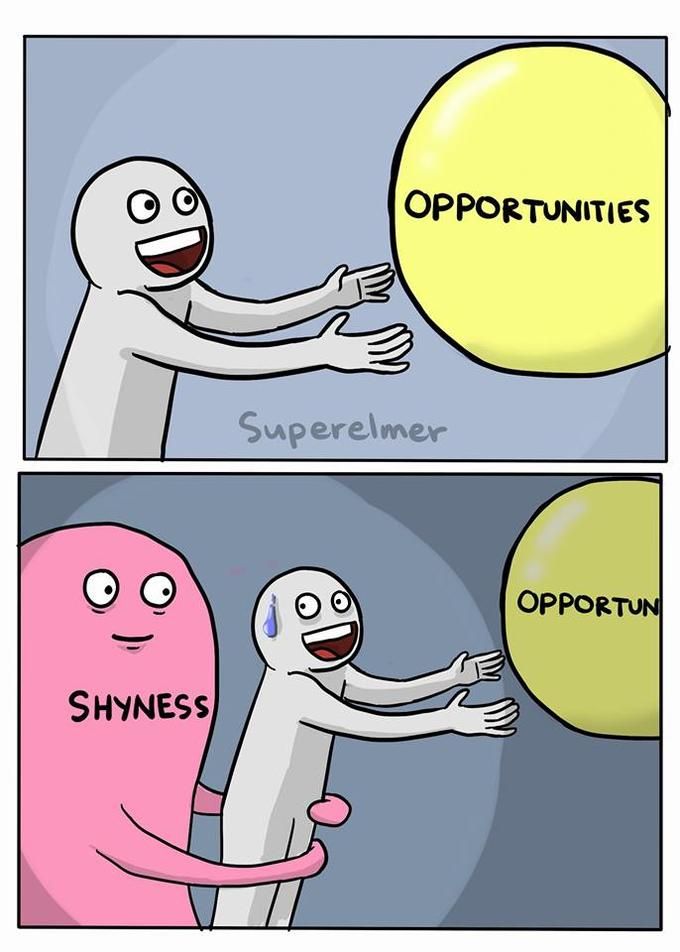 The pink character, needless to say, is not the hero of this little story.

I mean, if a stranger came up behind you and embraced you around the hips, you might start to sweat, too.

But apparently, someone at Pfizer thinks that fondling strangers is acceptable behavior — have their social media accounts been taken over by Presidentish Joe Biden?

Pfizer did shut down replies to the tweet, but they can’t shut down the entire rest of the internet from having way too much fun at the company’s clueless expense.

A few examples for your cringey pleasure. 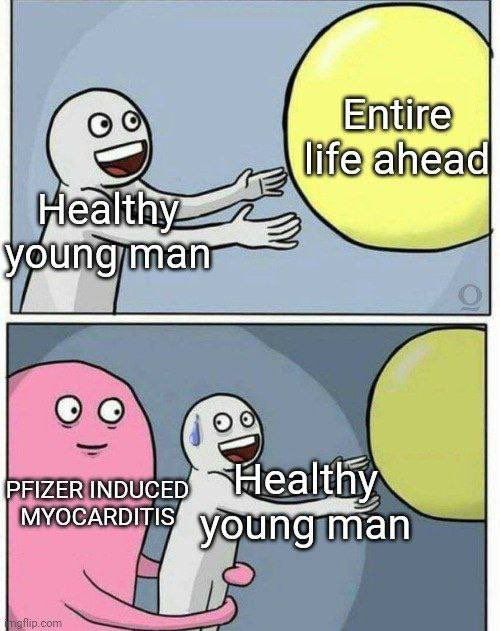 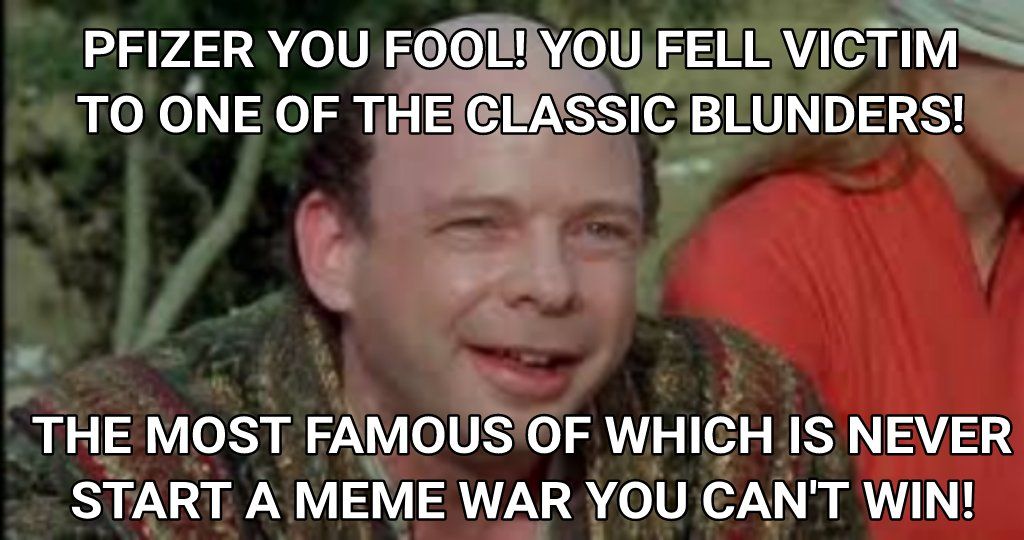 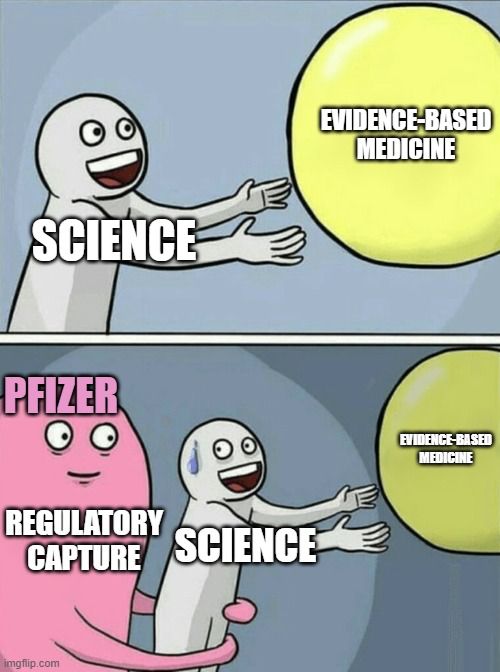 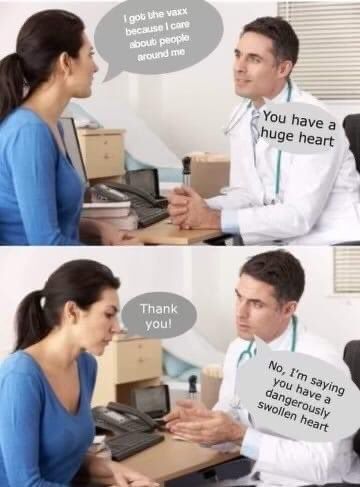 And my personal fave… 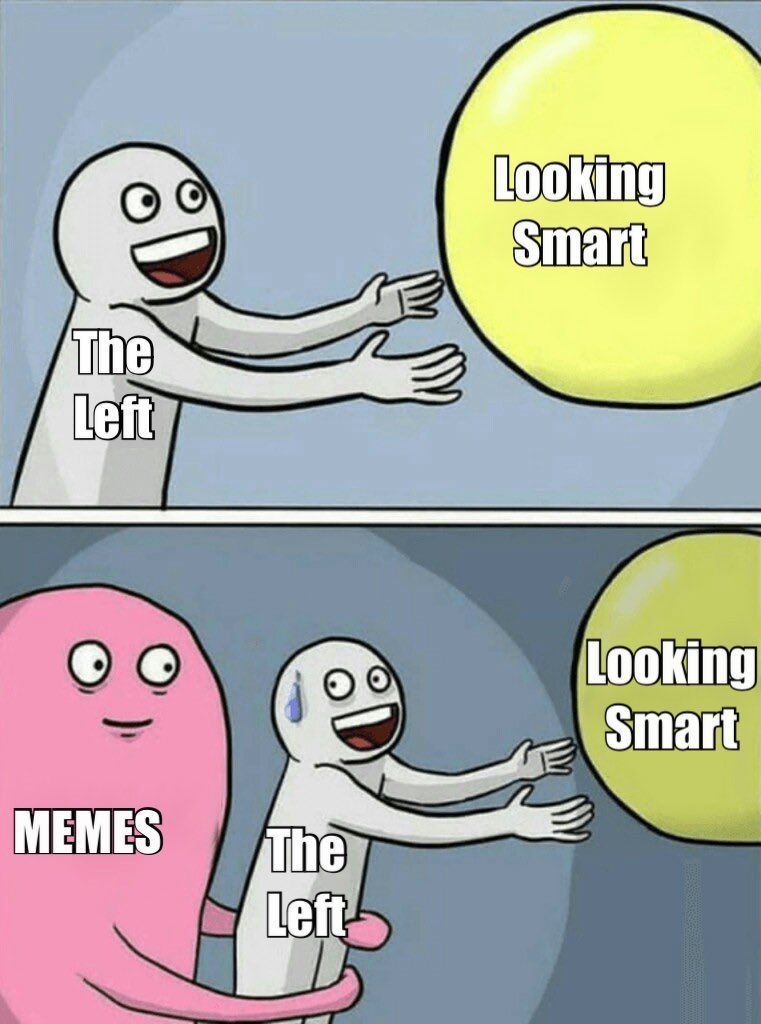 (The memes link to their creators.)

I can’t believe that after all the online backlash, no one at Pfizer has realized just what they’ve done — the tweet is still up.

Somebody needs to be locked up, all right, and it’s pretty much anybody at Pfizer still reckless and stupid and unfunny enough to speak in public.

VIP-exclusives like this one keeps you informed and PJ Media solvent despite Big Tech’s best efforts to shut us down. We’d love it if you’d share this offer with your friends and family: This week only, they may use promo code 2022 for a 40% discount on their new PJ Media VIP subscription — our largest discount ever.

Thanks so much for your support.