Welcome to Insanity Wrap, your weekly dose of the best of the worst. “Let’s Go Brandon” driving the Left insane is the new big crazy.

This is so sad pic.twitter.com/QhABu6uOp9

So here’s a seemingly privileged young lady — if you’ll excuse Insanity Wrap for stretching the word “lady” out of recognition — angry over the fact that conservatives are so awful that she feels shame every time she wears her USA hat.

Because we “changed the meaning” of it.

So now it means “Uncle Stuffs Aardvarks”? Honestly, we have no idea.

But look at her so-called USA hat.

To Insanity Wrap’s eyes, it appears she took a plain blue baseball cap, slapped a piece of duct tape on the front, then wrote “USA” on the tape with a Sharpie.

This woman never owned a piece of honest-to-God USA gear in her whiny little life.

Everything about this TikTok clip is performance art based on lies to claim victimhood she’s never experienced.

Also, Lord, but that voice.

The Left is losing its tiny little mind over “Let’s Go Brandon,” and if you think that has us as giddy as the night in the mid-’80s that a lovely young lady let us get to second base outside the 9th-grade mixer…

…what, are you the crazy one?

Case in point: NBC reporter Ken Dilanian’s panties are in such a Gordian twist over Palmetto State Armory’s “Let’s Go Brandon” AR-15 lower that Alexander the Great could hack away for hours at Dilanian’s privates without ever leaving a mark.

“You called the Secret Service about a meme?”

Yes, because putting a popular slogan on firearms parts can turn law-abiding gun-owners into would-be assassins!

You know who also had coded statements like Brandon? ISIS, the Klan, Nazi's…beginning to get the point?

Happy Monday, friends. I’m STILL not flying on @SouthwestAir until the #LetsGoBrandon pilot is #FIRED.

Think about the lesson is the “Let’s go, Brandon” crowd is teaching their children.

Indeed, let’s do think about the children and examples set.

Here’s what the Left teaches:

Think about the children. pic.twitter.com/w7n4AiwFoA

We’re teaching our children not to give undue respect to eminently mockable public figures, and to do so in a fun and lighthearted manner.

We’re teaching our children, in other words, to embrace and enjoy their birthrights as Americans.

He doesn’t use coloring books anymore, of course, but we know he’ll appreciate the sentiment.

And if Presidentish Joe Biden makes it another three years, Insanity Wrap is pretty sure most everyone will.

Maybe you saw this headline yesterday from PJ Media’s very own Matt Margolis. Short version: Over the weekend, the Trump-obsessed once (and hopefully not future) governor of Virginia swore the election isn’t really about Trump after all.

But that was the weekend, forever ago for a flailing campaign.

This is what McAuliffe said on Monday:

“Guess how Glenn Youngkin is finishing his campaign?” McAuliffe told a modest crowd outside a Fairfax brewery Monday night at his final rally. “He is doing an event with Donald Trump here in Virginia.

That was a lie. Trump wasn’t in Virginia and he never campaigned with Youngkin.

Have you tried Eau de Désespoir, the new fragrance by DNC?

Convenient. Multiple journalists with the perfect angle for a guy with a freshly ironed on confederate patch. pic.twitter.com/QjhDRwanw5

And another one here, also courtesy of the eagle-eyed Ian Miles Cheong.

Plus: “Caricatures built on a misguided stereotype, notice how nobody else in the Virginia crowds is wearing the Cowboy hats.”

Right-wing racism is in such short supply that the Left keeps having to invent it — and you’d have to be the craziest person in the world not to see that.

Previously On Insanity Wrap: Enjoy the Most Expensive Thanksgiving Dinner Ever

Insanity Wrap has said many nice things about Senator Joe Manchin (D-Barely) these last few months as he’s held firm against all the various incarnations of the so-called “Build Back Better” agenda.

We’ve said all those nice things with that nagging doubt in our mind, waiting for him to cave to the pressure or accept a big enough bribe for his state.

Maybe — maybe — we were too fretful.

Chris Cillizza (that’s Italian for “makes your skin crawl”) must have been hitting the strong stuff pretty hard when he was forced to write late Monday night that “It’s hard to overstate how big a setback Manchin’s statement represents for Biden, who is attending a climate change conference in Scotland.”

Even better? Biden had hoped to show up in Scotland with the bill passed and signed, so he’d have plenty of your tax dollars to hand out to other nations.

Instead, Biden showed up to COP26 as the guy who can’t get his own party to pass his own agenda, and with an empty wallet, too.

All thanks to Joe Manchin (and Kyrsten Sinema).

Today, Insanity Wrap’s morning Bloody Mary is a celebratory drink instead of the usual “Lord, I need a something to get through today’s madness.” 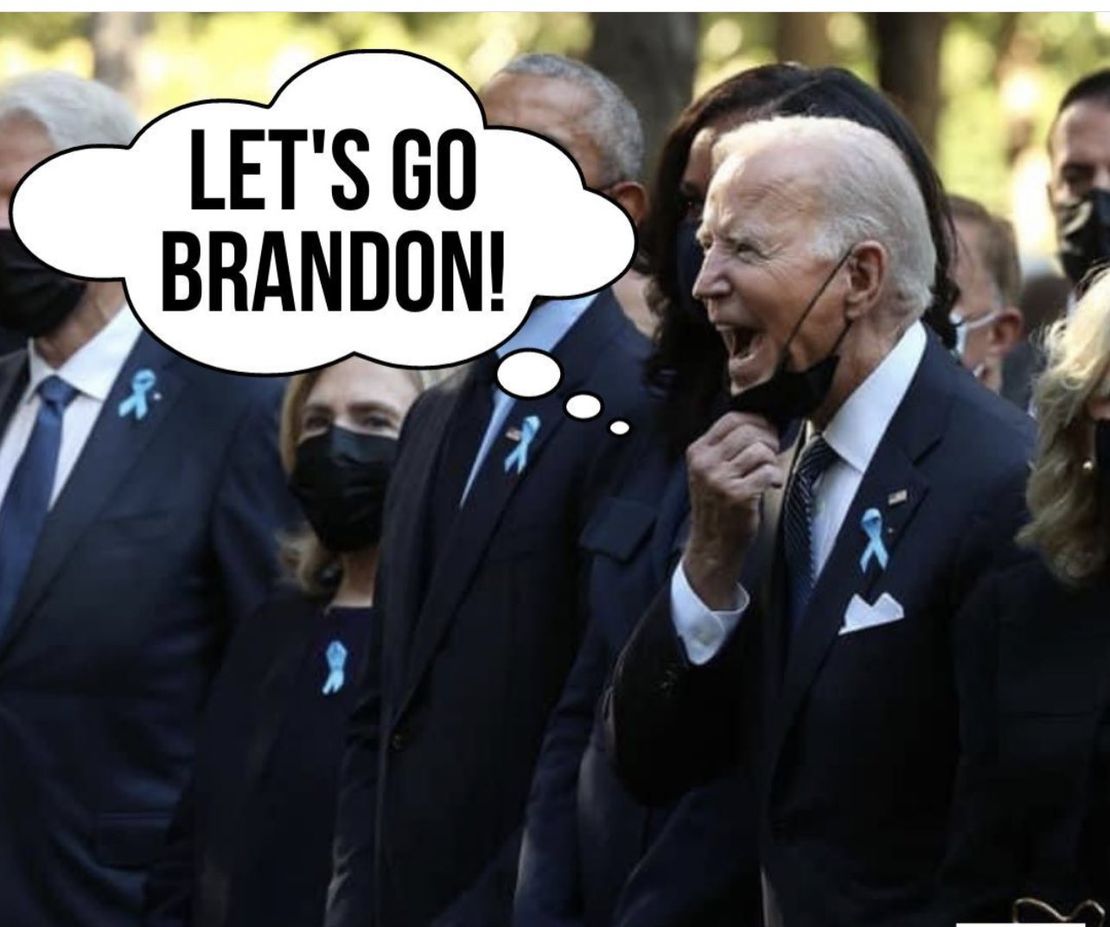 OK, who did this? Insanity Wrap would very much like to buy you a scotch.

P.S. Don’t miss the “Five O’Clock Somewhere” VIP Gold Live Chat with Stephen Kruiser, Yours Truly, and a special surprise guest at 3:30pm Eastern Thursday. You can join the cause (and the cocktails) right here.