Insanity Wrap #179: Who Had Russia and Ukraine Start WWIII on Their 2021 Bingo Card?

Insanity Wrap needs to know: What happens when Ukraine is feeling frisky enough to try to take Crimea back while Russia senses weakness in the White House?

Answer: We don’t want to know, either, but we might be about to find out.

Actually, we call him that for a very bad reason: Cuomo is a granny killer.

But he also doesn’t seem to be very caring about his state’s minority residents, if the numbers are anything to go by — and the same goes for his neighboring Democratic governor, New Jersey’s Phil Murphy:

New data now show that these two Democratic governors also rank worst in the country in protecting minorities from COVID. According to racial composition data from the Atlantic’s COVID Tracking Project through January 2021, the COVID death rates for blacks in New York and New Jersey were more than 300 per 100,000 blacks in the state.

These were by far the highest black death rates and nearly triple the national average of about 100 deaths per 100,000 blacks.

For this next bit, Insanity Wrap will stipulate that Democrat govs like Cuomo and Murphy act from nothing but the very best of intentions, and that they are more than merely callous pols who care about nothing but power and money.

But it’s only a momentary stipulation.

Suppose you had a well-meaning friend who was always giving you unsolicited advice about nearly everything, but their advice never seemed to work out.

Worse, they come over for a visit and accidentally hit your dog with their car. Because your friend cares so much, they drive you and Fido to the vet, but lose precious minutes after getting pulled over for speeding.

Finally, at the vet’s office, your helpful friend — Insanity Wrap has no clue how this could possibly happen, and yet it does — somehow sets the clinic on fire.

Insanity Wrap would hope that after years of these kinds of things, you’d maybe give some reconsideration to your friendship with this person.

And so it is with modern Democrats and minority voters: Even if we stipulate that Democrat politicians mean well, nothing ever seems to work out for their most vulnerable voters.

If Naomi Wolf is right on this one — and Insanity Wrap believes she is — the “moderate” administration of Presidentish Joe Biden is setting up this country for something a helluva lot worse than some protests.

For what it’s worth, Wikipedia is now labeling Wolf as a conspiracy theorist, which means Insanity Wrap is even more certain she’s right on this one.

Since White House Press Sec Jen Psaki has only a glancing familiarity with facts or truth, it is Insanity Wrap’s job to point out when she does tell the truth or admit a fact.

We suspect this isn’t a full-time job, however.

But who knows, with enough encouragement, maybe Psaki and facts could someday become better acquainted.

Previously On Insanity Wrap: It’s the End of the World As We Know It (And It’s All Your Fault)

CNN hasn't mentioned Andrew Cuomo pulling covid state resources for VIPs like his CNN anchor brother a single time and you're tweeting like an insane person about Fox who covered Gaetz story and interviewed him. You oblivious hack.https://t.co/xG0a3ogvgL

If you’ll allow Insanity Wrap to riff on Professor Pangloss: It isn’t that we have a bad news media, it’s that we have the worst of all possible news medias.

In the Soviet Union of yesterday or the China of today, “journalists” have an excuse for being shitty little propagandists: It’s that or the gulag.

Okay, who had World War III Starts in Crimea on their 2021 Bingo card?

Insanity Wrap wishes we were kidding, but apparently both Russia and Ukraine are building up armored forces along their shared border in the contested Donbass region.

Michael Snyder runs The Economic Collapse blog, which some might dismiss as being on the overly paranoid side of prepper.

It turns out that Ukrainian President Volodymyr Zelensky essentially signed a declaration of war against Russia on March 24th. The document that he signed is known as Decree No. 117/2021, and you won’t read anything about it in the corporate media.

The first section of Zelensky’s decree says that Ukraine will “put into effect the decision of the National Security and Defense Council” concerning the “deoccupation and reintegration of the temporarily occupied territory of the Autonomous Republic of Crimea and the city of Sevastopol.”

Insanity Wrap reads that to mean: “Russia took Crimea from us and now we’re gonna take it back.”

However you read it, all the players in this most dangerous game are making the usual moves:

It only seems like earlier this week that we were writing about the ways WWIII might start.

Oh, wait — it was just earlier this week: One of These Hot Spots May Set Off the Next World War.

How about some thoughts and prayers for deescalation? Because that would be nice.

Twitter military intelligence aggregator “The Intel Crab” has tons more buildup videos like the one above, all taken from open sources.

While you’re doing that, Insanity Wrap will be in the basement, inventorying the ammo. 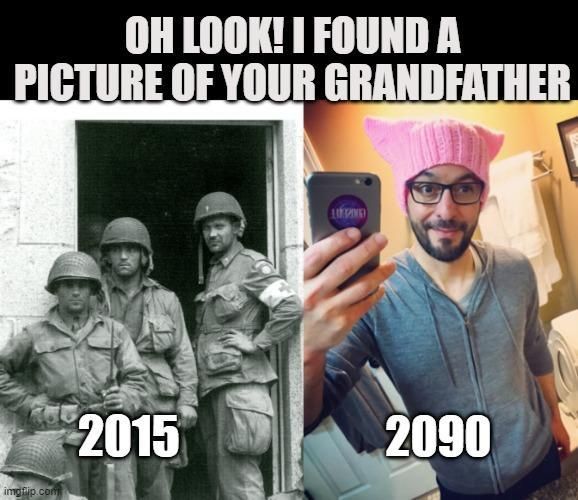 Insanity Wrap isn’t sure whether we’re supposed to laugh, cry, or drink.

But we do know that a Bloody Mary goes awfully well with our Thomas Keller-style scrambled eggs.

Steve launched VodkaPundit on a well-planned whim in 2002, and has been with PJ Media since its launch in 2005. He served as one of the hosts of PJTV, a pioneer in internet broadcasting. He also cohosts "Right Angle" with Bill Whittle and Scott Ott at BillWhittle.com. He lives with his wife and sons in the wooded hills of Monument, Colorado, where he enjoys the occasional adult beverage.
Read more by Stephen Green
Tags: RUSSIA UKRAINE INSANITY WRAP