Young black voters have a shocking message for Democrats: We’re just not that into you.

Perhaps following the lead of Kanye West, who abandoned the Democrats years ago, younger voters have grown tired of broken promises and white Democrats’ sense of entitlement to their vote.

Writing for The Conversation, academics Sam Fulwood III and David C. Barker report that black voters “over 60 remain among the most reliable of Democratic voters, and those between 40-59 are still pretty locked in as well, those under 30 (whom we oversampled to comprise half of our sample) are anything but.”

The numbers come from their recent survey of 1,215 African American voters in key battleground states like Pennsylvania and Florida.

It would appear that the black youth in America has become disillusioned with the Democratic party’s attempts to kowtow to them, and as such, their willingness to vote for Democrats is at an all-time low. In fact, most say that they feel the Democrat party takes them for granted. It expects their vote but does nothing to earn it besides claim that it’s “less racist” than Republicans.

I would add that Trump was elected by Obama-to-Trump voters in the Rust Belt and Upper Midwest. They were largely white, working-class voters who voted for Barack Obama in 2008 and 2012, but felt like he ignored their concerns once in office. 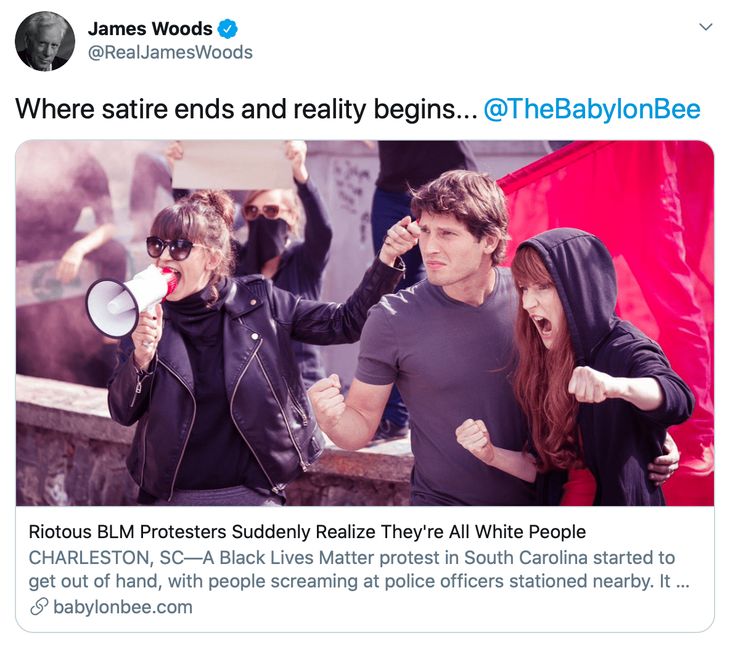 Something similar might be taking place in the minds of young black voters. Barker and Fulwood’s research showed that

Only 47% of [under-30 black voters] say that the party is welcoming to Black Americans, and only 43% say they trust Democrats in Congress to do what’s best for the Black community. Perhaps most strikingly, unlike their older counterparts, only half of those under 30 view the Democrats as any better than the Republicans on these scores.

While hardly good news for Republicans in the short term, changing attitudes could provide an opening for savvy GOP candidates in the future as those younger black Americans grow older — and more likely to vote.

In just one of many similar instances, Biden told radio host Charlamagne tha God, “If you have a problem figuring out whether you’re for me or Trump, then you ain’t black.”

.@JoeBiden: "If you have a problem figuring out whether you're for me or Trump, then you ain't black." @cthagod: "It don't have nothing to do with Trump, it has to do with the fact — I want something for my community." @breakfastclubam pic.twitter.com/endvWnOIV2

Biden quickly apologized, but if a 77-year-old rich white guy was hoping to motivate the black youth vote by appearing on Charlamagne’s show, he blew the chance.

Young black voters are still black and still mostly Democrats, but they sure aren’t Biden Democrats.

Only 47% of those Black Americans under 30 years old that we surveyed plan to vote for the presumed Democratic presidential nominee, Joe Biden. That’s roughly the same percentage who have anything positive to say when asked what “one or two words come to mind” about the former vice president.

Those same younger voters told Fulwood and Barker that Democrats expect their support but don’t “do anything to deserve it other than claim to be ‘less racist’ than the alternative.”

Along that same line, Shay Hawkins wrote on Wednesday for Fox News that “White Democrats feel deeply entitled to the Black vote. This summer’s unrest has deepened that sense of entitlement, not checked it.”

Flipping that around, it might be closer to the truth that Democrats are well aware of the softening support from their most important voting bloc, and ginned up riots in order to bring black Americans back into the fold.

Progressive Democrats, mostly white, have used the ongoing unrest to push defunding or even eliminating the police. Biden recently said he wants police to get more money, but given that a President Biden would likely be little more than a figurehead for the far-left progressives who have taken over the party, what Biden wants probably means very little. 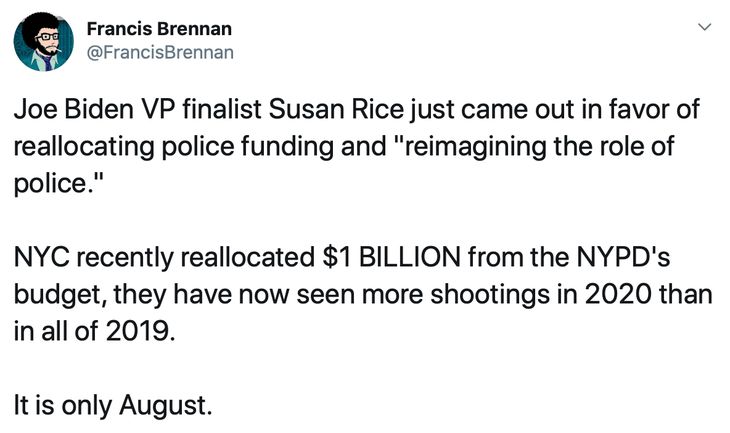 However, Gallup just released numbers showing that “a large majority — 81 percent — of black Americans want the same or increased levels of police presence in their neighborhoods.”

Emphasis added, because WOW, what a losing issue for the Dems. Overall, Americans are opposed to #DefundThePolice by “only” 64%.

That means there are an awful lot of rich, white progressives who think they know what’s best for American’s black communities.

If the GOP can’t make hay out of that, then stick the proverbial fork in them.

Finally, I leave you with this riddle.

Question: What do you call a Democrat who wins 85% of black voters in almost any contested election?

Democrats Are Running a Massive Protection Racket in 2020, Not a Campaign

Steve launched VodkaPundit on a well-planned whim in 2002, and has been with PJ Media since its launch in 2005. He served as one of the hosts of PJTV, a pioneer in internet broadcasting. He also cohosts "Right Angle" with Bill Whittle and Scott Ott at BillWhittle.com. He lives with his wife and sons in the wooded hills of Monument, Colorado, where he enjoys the occasional adult beverage.
Read more by Stephen Green
Tags: DEMOCRATS
SHOW COMMENTS