Insanity Wrap #5: The World Turned Right Side Up

Insanity Wrap wants to know: Is it possible to go so crazy that you’re driven sane again?

In Douglas Adams’ Life, the Universe, and Everything, the character Ford Prefect posited that the best way to keep from going completely insane was to indulge in a little temporary madness. At the time, the galaxy-hopping alien travel writer had been marooned on a prehistoric Earth with little to do but let himself think he was a lemon while jumping in and out of a lake that it believed was a gin and tonic.

Yes, the lake thought that. Or so Ford claimed during his temporary madness.

Look around you and you’ll see we’re way past the point of a little temporary madness. At this point, if Alexandria Ocasio-Cortez were to get on Twitter today to announce that she was actually a chihuahua named Carlos*, Insanity Wrap posits that it would be a step up on the 2020 Sanity Scale.

So what Insanity Wrap woke up today wondering — hoping, maybe — is if Ford Prefect was wrong. Maybe a little insanity isn’t the cure for full-blown craziness. Maybe we need to go entirely off the deep end before we can get back to the surface. Maybe it’s possible to come full circle.

“The world turned right side up,” if you will.

It’s a slender thread to hang our hopes on, Insanity Wrap admits. But after a morning spent with too much social media and too little coffee, we’re more than ready to grasp at any thread, no matter how flimsy.

So join me now for your daily Insanity Wrap in which we learn that pedophiles deserve compassion and that both gravity and wine are racist.

But first, a little something from New York.

I don’t know art, but I know this ain’t it 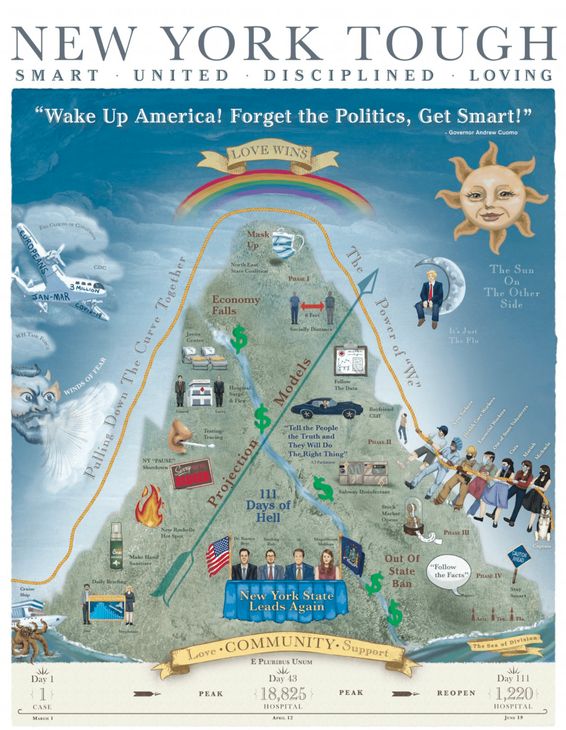 …Insanity Wrap has no idea why any state needs an official pandemic poster.

As Josh Greenman noted in his editorial, “Not a gravestone appears anywhere in this awkward spectacle, nor does the number of New York dead, which exceed 32,000.”

On the plus side, as far as hamfisted attempts at propaganda art go, at least it’s hideous.

Miami 2020 (Seen The Lights Go Out On Broadway)

NYC EXPLODING With GUNFIRE Tonight. At least 9 shot….8 Shot in Brooklyn and 1 Shot in Manhattan total of 4 incidents – in the last 3 hours. Why? The Mayor blames COVID. pic.twitter.com/RXS74pI8Lq

I guess the coronavirus has mutated to the point that it can fire a Glock 19.

All kidding aside, it never really mattered whether New York City defunded the police or not. Once word got out that City Hall didn’t have the department’s back, policing just kinda… stopped.

Anyway, Joel was only off by three years, and that’s only because Rudy Giuliani temporarily delayed the left’s plan to permanently ruin New York City.

Meanwhile, on the Other Side of the Country…

Judging by the 310 area code on the “For Lease” sign, I’m guessing this is from Los Angeles.

Are those actually BLM “protestors” ransacking the Amazon delivery van?

Maybe, maybe not. It doesn’t matter much one way or the other.

What does matter is that as surely as night follows day, once elected city officials disown the police, the police disown the city.

New York, L.A., Seattle, Minneapolis, it will all turn out the same.

How’s that hopey-changey boycott workin’ out for ya? 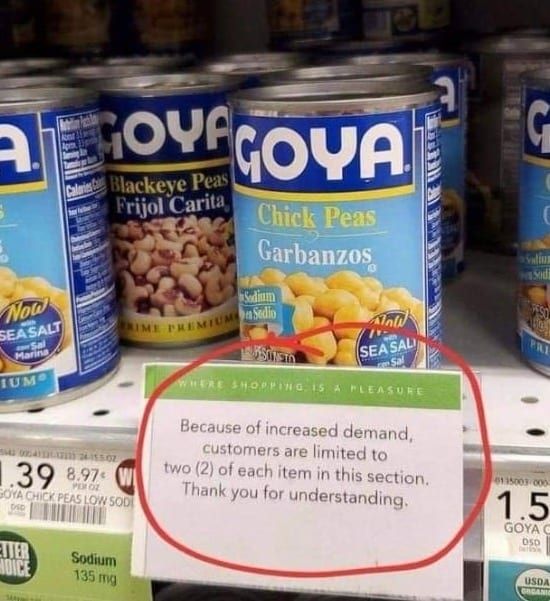 The only thing wrong with this is I don’t know who to give credit for taking the photo. 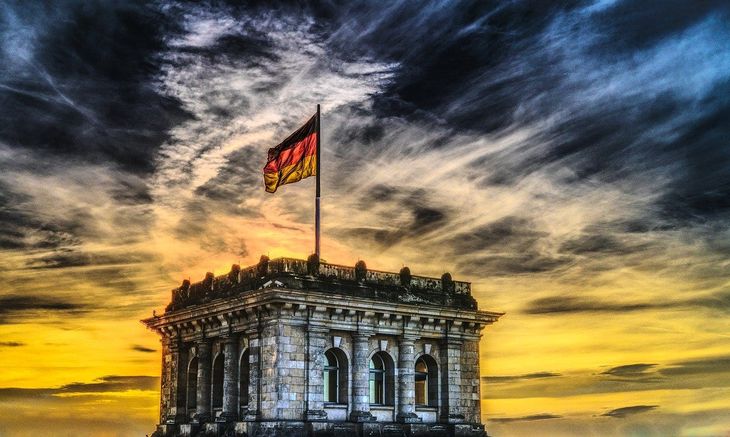 (Image by FelixMittermeier from Pixabay.)

“They have met all government requirements, paid taxes, received little corona support, stand with their backs to the wall, and are tired of the fact that politics is not taking action,” the [Association of Sex Workers] said.

If Germany would open up the brothels, sex workers wouldn’t have to have their backs against the wall.

As a public service — or maybe as an excuse to start day drinking even earlier in the day than usual — Insanity Wrap has decided to provide you with a full transcript.

Western modernity is the direct antagonistic factor to decolonization because Western knowledge is totalizing.

It is saying that Newton and only Newton who knew or saw an apple falling, and out of nowhere decided that gravity existed, and created an equation, and that is it for whether people knew Newton or not or whatever happens in western Africa, northern Africa.

The only way to explain gravity is through Newton who sits under a tree and saw an apple fall.

So Western modernity is the problem the decolonization directly deals with to say that we are going to decolonize by having knowledge that is produced by us, that speaks to us, and that is able to accommodate knowledge from our perspective.

So if you’re saying that you disagree with her approach it means that you are vested in the Western and [something] way of understanding which means that you yourself still need to go back internally, decolonize your mind, come back and say, “How can I re-look at what I’ve been studying all these years because Western knowledge is very pathetic to say the least.

I, from a decolonized perspective, believe we can do more as new knowledge producers, as people who are given the benefit to reason, whatever, is that people say we do when we think or rationalize.

So decolonizing the science would mean doing away with it entirely and starting all over again to deal with how we respond to environments and how we understand it.

Insanity Wrap has no desire to walk on, under, or even near a bridge produced only with decolonized knowledge.

To their credit, at least the other students have the decency to appear bored or embarrassed by the young lady’s rant.

NOTE: Any transcription errors are Insanity Wrap’s alone. Any lapses in reason, knowledge, or understanding are all hers.

UPDATE: It has come to Insanity Wrap’s attention that this video is actually from 2016. But could it be any more 2020?

Liberal Student Rejects Science Because it Discriminates Against Witchcraft

In case you were worried, wine is also racist according to (who else?) The Guardian: ‘It’s time the wine industry stopped taking safe stances to keep its primarily white audience comfortable.’

Has Insanity Wrap gone crazy or does this make perfect sense? 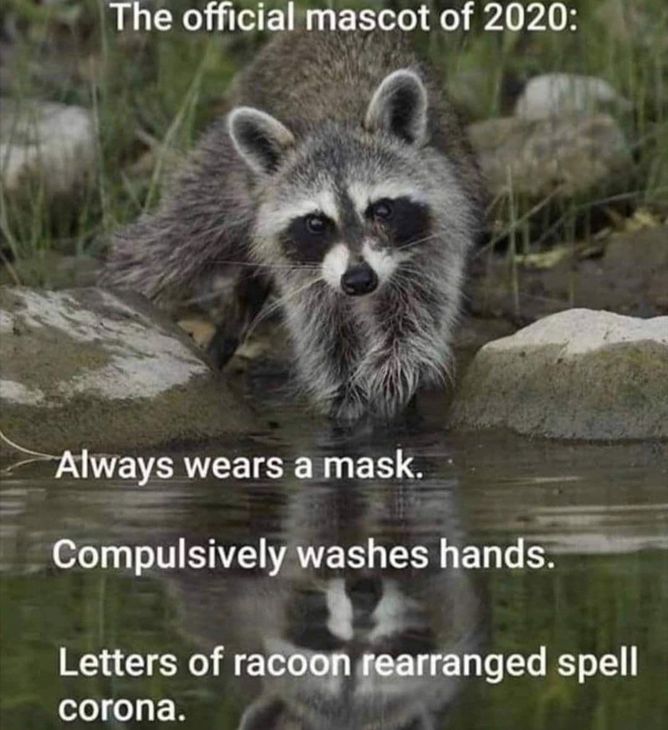 Is that as far off the deep end as we need to go?

Have we come full circle?

Are we going sane again?

Has the world turned right side up? 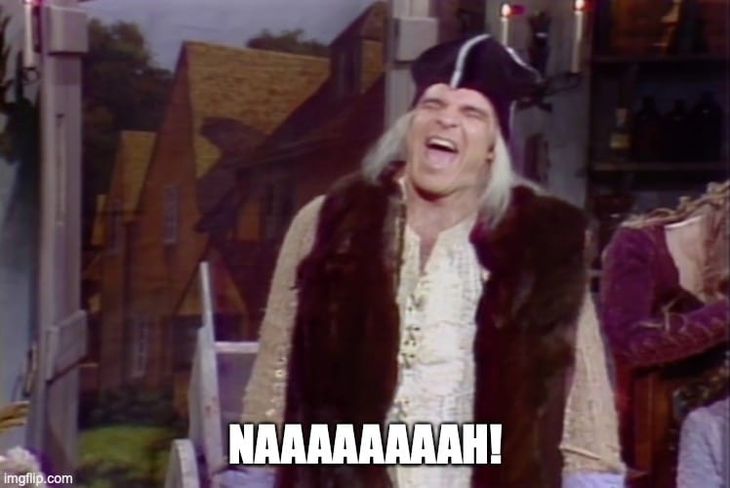 That’s it for today’s Insanity Wrap.

Come back tomorrow for more, assuming we make it that long…