The word you’re looking for is “chutzpah.”

Before we get to that, let’s back up a moment.

On Sunday, New York Times editorial page editor James Bennet was forced out of his job following a snowflake-induced uproar over an op-ed he published on Friday by Sen. Cotton.

In a piece headlined “Send In the Troops,” Cotton argued that “these rioters, if not subdued, not only will destroy the livelihoods of law-abiding citizens but will also take more innocent lives.” Since local authorities in many cities have proven unable — or more likely, unwilling — to quell the violence, Cotton wrote that “it’s past time to support local law enforcement with federal authority.”

In other words: Send in regular military units to back up the National Guard and local police, as has been done many times in our history to good effect. Most notably during the 1992 Los Angeles riots (there was no slaughter of civilians) and during the ’50s and ’60s efforts at desegregation (ditto).

This was too much for the SJW crowd, who immediately accused Cotton of calling for the military to slaughter innocent civilians, and demanded the Times fire pretty much everybody who had ever even hear of Tom Cotton.

Instead, Bennet was offered up as the sacrificial lamb to appease the progressive gods, who are as insatiable as they are jealous.

He was fired for publishing the *wrong* opinion.

And think about this: It was *news reporters* at the Times who muscled management into this. Which means the wall between news and editorial is completely gone over there. https://t.co/zau31fZWAk

Enter Nikole Hannah-Jones and her dubious-at-best 1619 Project for the NYT. The premise of 1619 was to claim that the United States was “born” the day the first black slaves arrived on our shores in 1619. As PJMedia’s own Rick Moran wrote about it last August:

A project that seeks to condemn capitalism and view the remarkable achievements of an entire nation through the prism of slavery and race is ignorant. These views represent a complete (deliberate?) misunderstanding of 400 years of American history.

Other reviewers were even less kind.

National Review’s Dan McLaughlin called 1619 outright “agitprop,” and bemoaned the Pulitzer Prize awarded to the Times for publishing it:

Journalism and academia are supposed to honor, as their highest value, the fearless pursuit of truth. If you tried to parody the sad decline of prestige awards in those fields into an ideologically blinkered self-congratulatory echo chamber for progressive agitprop, it would be difficult to find a more on-the-nose example than the Pulitzer Prize awarded to Nikole Hannah-Jones of the New York Times for commentary.

Marc A. Scaringi noted for American Thinker that “the major premise of the Project is based upon a lie.” Several lies, actually, as Hannah-Jones conflated, obscured, or just “somehow” got wrong nearly everything about the history of slavery in North America and in Africa. 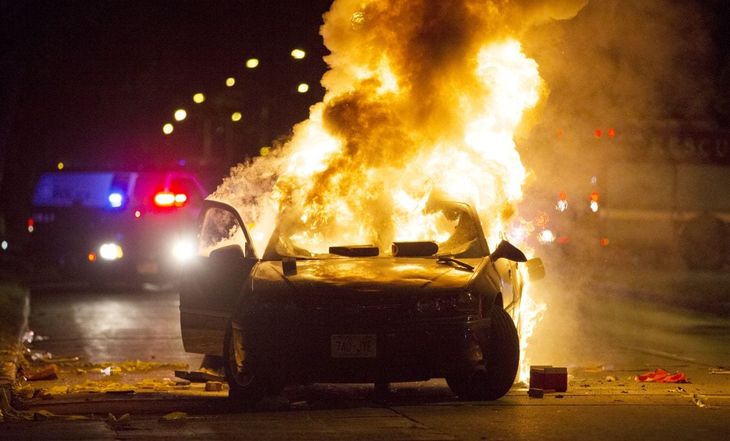 Scaringi notes that pushing a radical racialist and anti-capitalist agenda has proven quite lucrative for Hannah-Jones, who “holds a 2017 fellowship with the MacArthur Foundation, which was founded and endowed by a white man, in which she received a $625,000 no-strings-attached grant.”

If you didn’t read Scaringi’s entire piece when he published it back in August, I highly recommend it.

But it wasn’t just right-leaning columnists who found fault with Hannah-Jones’ effort. Rich Lowry noted in January that historians “roasted” the 1619 Project:

It is “a very unbalanced, one-sided account.” It is “wrong in so many ways.” It is “not only ahistorical,” but “actually anti-historical.” It is “a tendentious and partial reading of American history.”

Given that the Times can’t necessarily be trusted to give a straight account in its news pages of Mitch McConnell’s latest tactical maneuver, it wouldn’t seem a natural source for objective truth on sensitive historical matters, and sure enough, the 1619 Project is shot through with an ideological radicalism that leads to rank distortions and laughable overreach.

When as a reviewer you’re forced to tell readers that something is bad even for the New York Times, that says all too much about the condition of the once-respected Gray Lady, and the writers it chooses to promote.

But how bad was Hannah-Jones’ work, really? Hannah-Jones herself was forced to make “a very significant change” to her “core 1619 claim” after being called to account by the NYT fact-checker.

The Times did publish a letter in December from five notable historians who took the paper and Hannah-Jones to task:

These errors, which concern major events, cannot be described as interpretation or “framing.” They are matters of verifiable fact, which are the foundation of both honest scholarship and honest journalism. They suggest a displacement of historical understanding by ideology. Dismissal of objections on racial grounds — that they are the objections of only “white historians” — has affirmed that displacement.

On the American Revolution, pivotal to any account of our history, the project asserts that the founders declared the colonies’ independence of Britain “in order to ensure slavery would continue.” This is not true. If supportable, the allegation would be astounding — yet every statement offered by the project to validate it is false. Some of the other material in the project is distorted, including the claim that “for the most part,” black Americans have fought their freedom struggles “alone.”

Nevertheless, the NYT has yet to issue a formal correction, much less a retraction of the Project, which is now used to teach our schoolchildren lies instead of history.

.@nhannahjones, creator of the 1619 project, on Tom Cotton's op-ed: [He] certainly has the right to write and say whatever he wants in this country, but we as a news organization should not be running something that is offering misinformation to the public unchecked. pic.twitter.com/0jCHT6gnyy

And here’s the relevant quote from Hannah-Jones, if you can’t bear to sit through the whole thing:

What was the main issue was that you have a U.S. senator in the party of power saying that he wants to use the military to repress dissent, not going into the normal fact-checking process that anyone making such claims should go through and making, you know, assertions that our own reporters had discredited through their reporting. And that was the main concern.

None of that is true. None of it.

Cotton called for the military to assist in cases where state and local authorities are overwhelmed by rioters, not protestors. Unlike Hannah-Jones and her 1619 hit job on American history, Cotton referenced actual events anyone can look up, and that millions of Americans can still remember.

Bennet edited and fact-checked Sen. Cotton’s op-ed before publication, and lost his job for having printed factually correct wrongthink. Meanwhile, historical smear-peddler Hannah-Jones has not had her work denounced by the Times, no one has lost their job over its publication, and she remains a regular guest on a show called Reliable Sources.