The weather won, as it often does on the Space Coast.

So it’s mission is off for today. The next attempt should be at 3:22pm Eastern on Saturday.

I’ll have live updates throughout the afternoon, or until the mission is scrubbed due to weather or some other concern.

This is also the first manned flight of the Crew Dragon spacecraft, set to launch on a Falcon 9 Block 5 rocket, then rendezvous with the International Space Station under autonomous control. Space Shuttle veterans Douglas Hurley and Robert Behnken will fly the Crew Dragon C206.

If successful, today’s mission will be the final step in the validation process for human spaceflight operations for SpaceX.

Here’s NASA’s live feed of the event, set for minutes from now.

(Hit your Refresh button for updates — our Live Blog feature is currently down.)

What gets me is just how sleek and modern the Crew Dragon looks. Apollo was ’60s tech, and even the Space Shuttle — which flew until 2011 — was based on ’70s tech.

Can you believe it’s been nearly a decade since America launched a manned mission from American soil? Can you believe the next time it happens, hopefully this afternoon, it will be done by a private company? 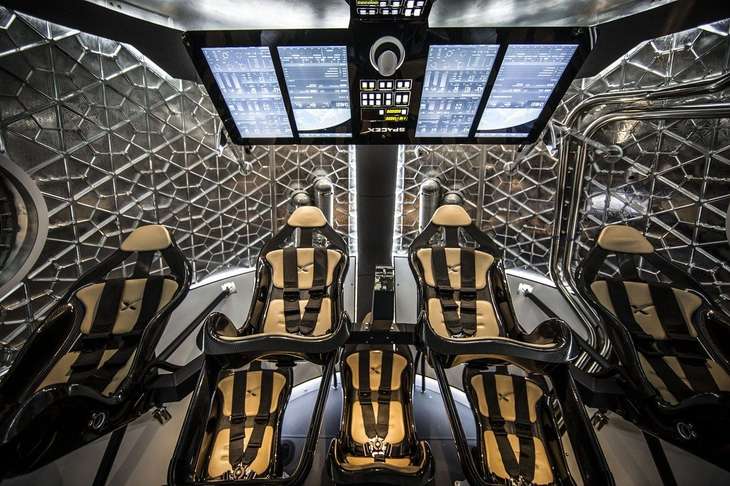 (Image by SpaceX-Imagery from Pixabay.)

Pardon me for going all fanboy (again), but once Dragon really gets going, look at how spacious and comfortable the cabin looks, compared to almost any other spacecraft.

The launch was originally set for 12:15pm Eastern, but the rain is a concern. So far we’re only three minutes late, and no updates yet from SpaceX or NASA.

From Ars Technica on weather concerns:

Weather is important for an abort scenario for several reasons. One is rainfall, as too much precipitation would impair the ability of Dragon’s four main parachutes to bring the spacecraft down. Additionally, recovery operations need relatively calm sea states to safely bring the spacecraft onto SpaceX’s GO Searcher recovery ship.

This week, NASA officials said they will monitor about 50 sites along Dragon’s track for weather conditions. However, some will be weighted more than others. SpaceX has developed a model that looks probabilistically at many locations off the US East Coast. Some points are weighted significantly higher, such as an abort related to a staging failure, in the final analysis.

The promo video has begun, suggesting there is as yet no plan to scrub.

Now saying the launch will occur in about four hours, weather permitting.

Updates might be scarce for a bit, so keep this tab open because I’m not going anywhere.

Elon Musk, Gordon Gekko, and the Power of Character

Here’s a piece I wrote for our VIP members two weeks ago, but I’m opening it up to all readers today because, as I said, I’m going all fanboy again.

Is that unseemly for a 51-year-old man?

Good sign: The weather is moving onshore, where the risk of it interfering with a possible emergency crew ejection, is lower.

It could have been Boeing generating all this excitement, but at this point, I wonder if their Starliner — or even the jillion-dollar Space Launch System — will ever fly.

Up next: Blue Origin?

The suits look much more comfortable — grading on a spaceworthy curve, of course — than what we’re used to seeing.

Where’s Ed Harris and his sweater?

NASA astronauts Bob Behnken and Doug Hurley, sporting their custom-made SpaceX spacesuits, are walking out of the Neil Armstrong Operations and Checkout Building to begin their trip to Launch Complex 39A. The astronauts just met with NASA Administrator Jim Bridenstine and SpaceX CEO Elon Musk before departing. Vice President Mike Pence is also there to see the astronauts off.

Looking good, but I’m still thinking a scrub is more likely than not.

I find the Model S to be a handsome-looking sedan, but the X just leaves me cold. It has an economy-car look to it (aside from the gullwing doors) unsuited to a six-figure crossover.

Odds of a launch going up on improved weather, and it sounds like they’ll make the final call up to 30 minutes before the launch time. 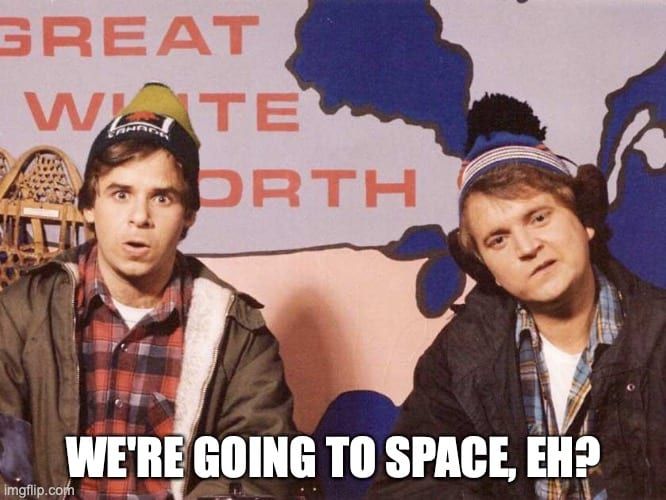 1344: Bob & Doug are just a few minutes’ drive out from the launch vehicle.

(I’ve been asked to add timestamps. All times Eastern.)

1348: I haven’t been this excited since the last time I watched the U.S. launch a manned mission on an all-new vehicle.

It’s been a long time.

1352: For anyone used to the Space Shuttle’s bulk, the Crew Dragon atop that Falcon 9 looks graceful as all hell.

Still, the Shuttle sitting on the launchpad had a chunky kind of purpose to its looks, much like an F-4 Phantom.

1357: I get vertigo just thinking about being 250+ feet on the crew arm. These guys are going into space.

I’ll be right back here if that happens.

1416: Looking at those Crew Dragon touchscreens made me think back to the Apollo Guidance Computer, a 70-pound beast first built in 1966. It was a marvel for its time, with about the same computing power as a mid-’70s early home computer.

You wonder what they have on board the Dragon?

View of the 3 touch screens inside the Dragon crew capsule #SpaceX #LaunchAmerica pic.twitter.com/cWdQVx99NR

It looks like something Kubrick would have shot for the PanAm flight sequence in 2001: A Space Odyssey.

1428: ICYMI, flight control asked how Bob & Doug were doing, and one of them replied, “Ready to launch a spaceship.”

Weather is looking a little ominous right now, there was a reported tornado warning in the area….looks like this could be it. Notice LC 39A right under swirl and the VAB on the far left. #NASA #SpaceX #space #weather #weatherchannel @StephanieAbrams @JimCantore pic.twitter.com/u1IJB5xZWB

They still have 90 minutes or so to make the call, so hopefully, that nasty looking stuff will keep moving inland and SpaceX gets a go. 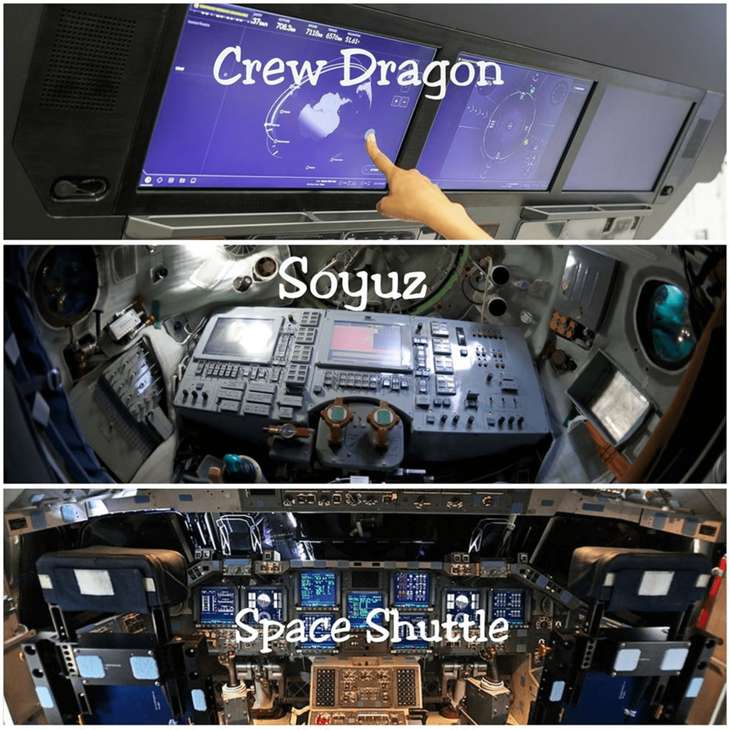 Here’s another perspective, this time without any Russian gear.

1459: President Trump set to arrive shortly at the Cape.

If you had Air Force One at your disposal, wouldn’t you?

1518: Amazing. One of the SpaceX hosts just mentioned we’re coming up on 20 years of continuous human presence on board the ISS.

It was time to relieve the tension with a little humor.

1609: About 45 minutes out, still good to go. The crew arm has moved away from the rocket.

Mission scrapped due to weather — no big shock.

But I’ll be back here on Saturday for the next attempt. Hope you’ll join me.