Sinatra versus Bublé: 'Call Me Irresponsible'

Welcome to the first-ever episode of “Sinatra versus…”

Back in the olden days of yore when VodkaPundit was a fully independent one-man operation, I started a little feature called Friday Night Videos. Many Friday nights I’d run the video for some classic or beloved song, often but not always something from the New Wave, Classic Rock, ’70s R&B, and Postpunk music that dominated my youth. Not just the video, I’d add commentary about the song, the artist, or a related personal story of my own. Friday Night Videos was enjoyed by literally nearly dozens of readers, and I really miss doing it.

In these more corporate days of pageviews and ad impressions, continuing to spend time each week writing up FMV just didn’t make much sense. But now that our Townhall parent company has launched this membership VIP section, maybe it’s time to bring back the music now and then.

Instead of just doing more of the same, however, I thought it might be fun for both of us if I expanded into more time periods, more genres, and did something a little more involved than a simple commentary on a single song.

Welcome, one and all, to a new semiregular feature I like to call… 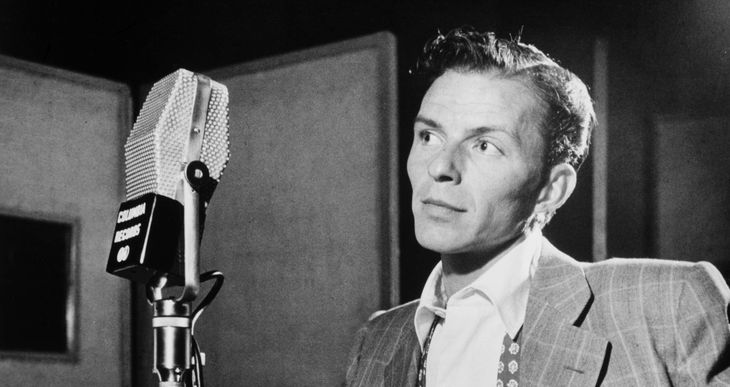 Frank Sinatra’s recording career spanned six decades and many, many song styles — each of which he made somehow his own. Sinatra’s longevity can be attributed at least in part to his excellent taste in material.

There was the occasional stinker, of course.

I’m not sure how Sinatra decided it was a good idea for a guy known for wearing tuxedos while singing urbane love songs to cover Jim Croce’s “Bad, Bad Leroy Brown,” and yet that was a thing that happened.

The less said about Sinatra’s recording of the Simon & Garfunkle classic, “Mrs. Robinson,” the better.

But I will say two things about it, anyway.

As a big fan of covers, I have no trouble with artists making someone else’s work their own. But you can’t just turn an iconic lyric upside-down for shits and giggles.

Part of Sinatra’s exquisite taste was his ability to make a song “safe” for other artists to record. Antonio Carlos Jobim’s “Wave” didn’t become a jazz standard when Jobim recorded it; it became one after Sinatra joined him to re-record it.

All of which is to say that Sintra recorded a lot of songs that had either been recorded first by other artists, or that other artists just had to make a record of after Sinatra did.

So my new “Sinatra versus…” series is where we’ll have a bit of weekend fun comparing a classic Sinatra recording of a particular song with someone else’s.

We launch today with one of my favorites, “Call Me Irresponsible.”

Written in 1962 by Jimmy Van Heusen with a lyric by Sammy Cahn, the song came too late to be considered part of the Great American Songbook, but it belongs there, anyway. Hell, I’d even make a spot for “Kissing A Fool,” written and recorded in 1987 by George Michael.

I’d love to have heard what Sinatra or, even better, Lou Rawls might have done with that one.

But back to the subject…

“Call Me Irresponsible” immediately became a regular part of Sinatra’s live set, although I can’t seem to find whether he ever recorded a studio version. My Sintra collection is extensive but not quite complete, so there’s a chance that he did but I’m still missing it. Terrific studio takes were recorded throughout the ’60s by Brenda Lee, Jack Jones, Eddie Fisher, and perhaps most famously by Bobby Darin. Whether or not Sinatra ever brought this one into a studio with him, the song became so indelibly his that Tony Bennett recorded it for his 1992 Sinatra tribute album, Perfectly Frank.

But those are all old guys, so to speak — singers of roughly the same time period. What might a younger artist do with it?

Before we get quite to that, I’d like to remind you that “Sinatra versus…” is not a competition, so please — no wagering.

Here we have a much younger singer, Michael Bublé at around age 32, performing “Call Me Irresponsible” live in 2009, but with the same arrangement used on his 2007 studio album.

I seriously dig those trombones.

David Foster and Humberto Gatica are listed as the producers on the album version, but unfortunately there’s no credit given to the arranger. But whoever did it, it’s a solid job: A nice, easy swing with big brass that is never so big that it overwhelms the vocal.

This Madison Square Garden performance is an improvement over Bublé’s studio effort, because like so many swing artists he has a lot of fun playing to (and with) the crowd. It’s easy listening at its best: Never too distracting, but also never descending into somnambulism like a Perry Como record might. In short, it’s the kind of thing I could listen to over cocktails all Saturday night long.

Bublé, unlike so many vocalists of his generation, knows how to sell a lyric without indulging in useless-but-showy vocal gymnastics. Light and breezy, Bublé captures the spirit of a young man in love.

ASIDE: I simply must do a VIP column about live performances versus studio efforts regarding Cleo Laine. In the studio, she was often stuck singing one dreary ballad after another. On stage, she was electric and fun. I don’t know whether it was by her own choice or management’s, but Laine’s saucy spirit was almost never captured in the studio.

My only complaint about Bublé’s performance is this: He sings this song like a young man in love — so of course he’s irresponsible. A young man in love who isn’t irresponsible… well, in my happily jaded experience that just doesn’t happen. Boy meets girl, boy gets stupid. It’s a tale as old as boys meeting girls.

Bublé gives us a fine show, but there’s nothing unexpected about it.

Keep that thought in mind as we travel back in time to 1963 and The Sands casino in Las Vegas where Sinatra and the Rat Pack performed countless times.

It might not be fair to compare this spare arrangement to the one Bublé used 45 years later — and I won’t, because it’s beside the point. But with not much more going on other than a little piano and some hushed strings, this is the perfect accompaniment to Sinatra’s vocal, just like Bublé’s brasher, more upbeat arrangement suits his vocal. On that score, you could say they were tied.

But when it comes to this particular lyric, at age 47 or 48, Sinatra actually enjoys the advantage over a younger singer.

As I said before, there’s nothing unexpected about a young man in love acting irresponsibly. But Sintra has the age and stature to add an unexpected twist: He sings as an older man, one with great responsibilities, caught up in a love so powerful that he can’t help but cast all his responsibilities aside.

Sinatra brings heft and consequence to what is usually a bubbly little tune of neither heft nor consequence.

These are two fine vocal performances with two perfectly tailored arrangements. But one singer tells a story you’ve heard countless times before, of a young man going gaga over a girl. The other hits you like a ton of bricks because it makes you see the true nature of love: That it has the power to take a man of stature and turn him into a carefree schoolboy. It makes you see the young man still inside every middle-aged man.

Or as Sinatra would tell another audience during his 50th birthday concert series at The Sands: “My body may be 50, but inside I’m only 28.”

Steve launched VodkaPundit on a well-planned whim in 2002, and has been with PJ Media since its launch in 2005. He served as one of the hosts of PJTV, a pioneer in internet broadcasting. He also cohosts "Right Angle" with Bill Whittle and Scott Ott at BillWhittle.com. He lives with his wife and sons in the wooded hills of Monument, Colorado, where he enjoys the occasional adult beverage.
Read more by Stephen Green
Tags: MUSIC VIP