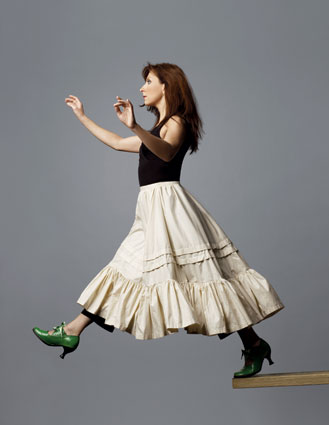 Anthony Tommasini at the New York Times reports on the success of the 2007 – 2008 Met live HD broadcasts.

In his mission to reinvigorate the Metropolitan Opera, Peter Gelb, who completed his second season as general manager on Saturday night, has inaugurated outreach campaigns and digital-media ventures that are the envy of the opera world. There have been the enormously popular live high-definition transmissions of broadcasts to movie theaters worldwide, and the Met’s lively 24-hour station on Sirius satellite radio. Mr. Gelb has proved a master of marketing and drawn high-profile directors from film and theater into the house.
…
The Met’s transmissions of eight live performances to movie theaters reached 908,000 people, more than the total number who attended performances at the house this season (about 850,000). The transmissions do not yet earn a profit, but they do pay for themselves, Mr. Gelb said, through ticket sales and rebroadcasts on public television.

The Met has released the schedule for the 2008 – 2009 season which will begin this September. Bring it on!