Sabo first hit Democratic presidential nominee Joe Biden. The idea came him weeks ago and after texting a few friends for feedback, the response was very strong. “Enough laughed for me to want to do it,” he said on Facebook. “Not to mention I thought it was a pretty damn good idea.”

With the concept set, he then created art, got a round trip plane ticket and rented a car to scout locations. The Venice Beach basketball court was chosen for this one. “Three days and about a thousand bucks later at 3 am on a Sunday morning, we pulled it off in about 20 minutes.”

“The concept was down so … what it required was my creating and preparing the art, easy enough. Then came getting the round trip plane ticket, car rental, and place to stay worked out. Then came getting to the airport, scouting the location, getting a small crew together to help watch my back, because this might be a dangerous location crawling with homeless, violent drug addicts. 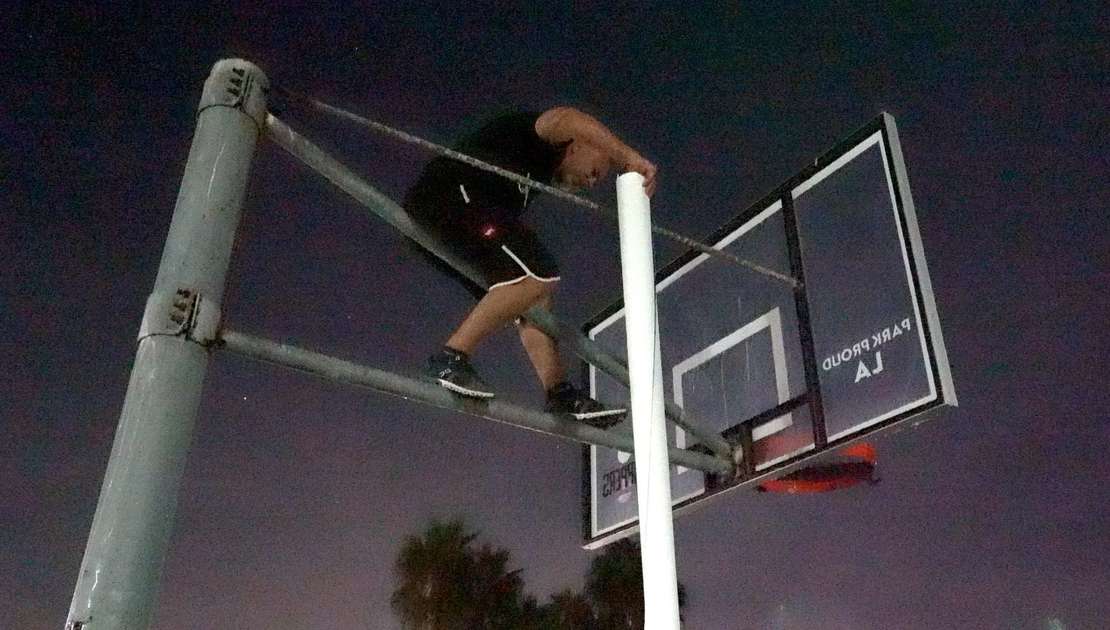 “This was what I was willing to do to make Joe Biden look like the ass he is,” he explained. “What are you willing to do?” 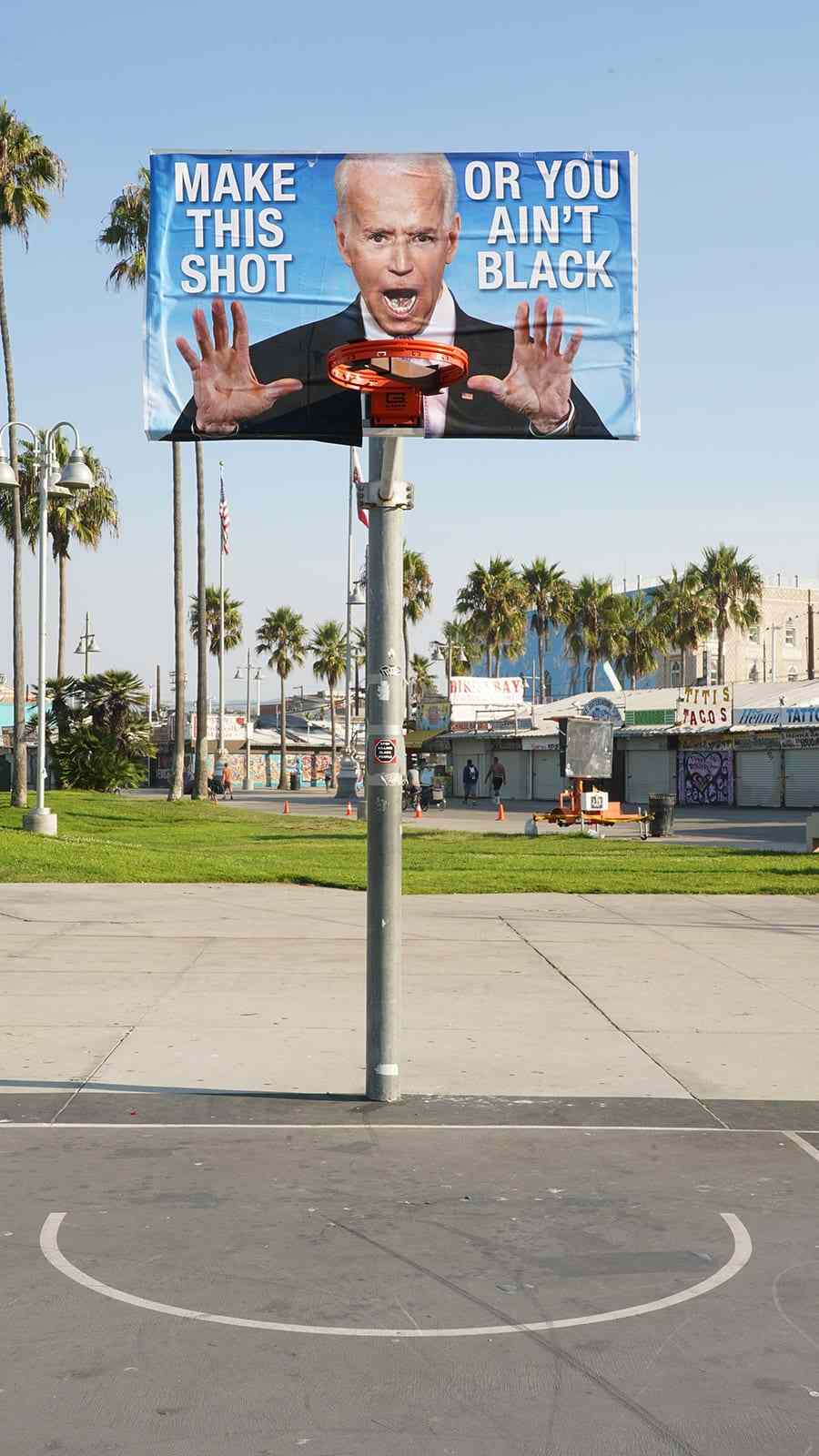 House Speaker Nancy Pelosi was next. 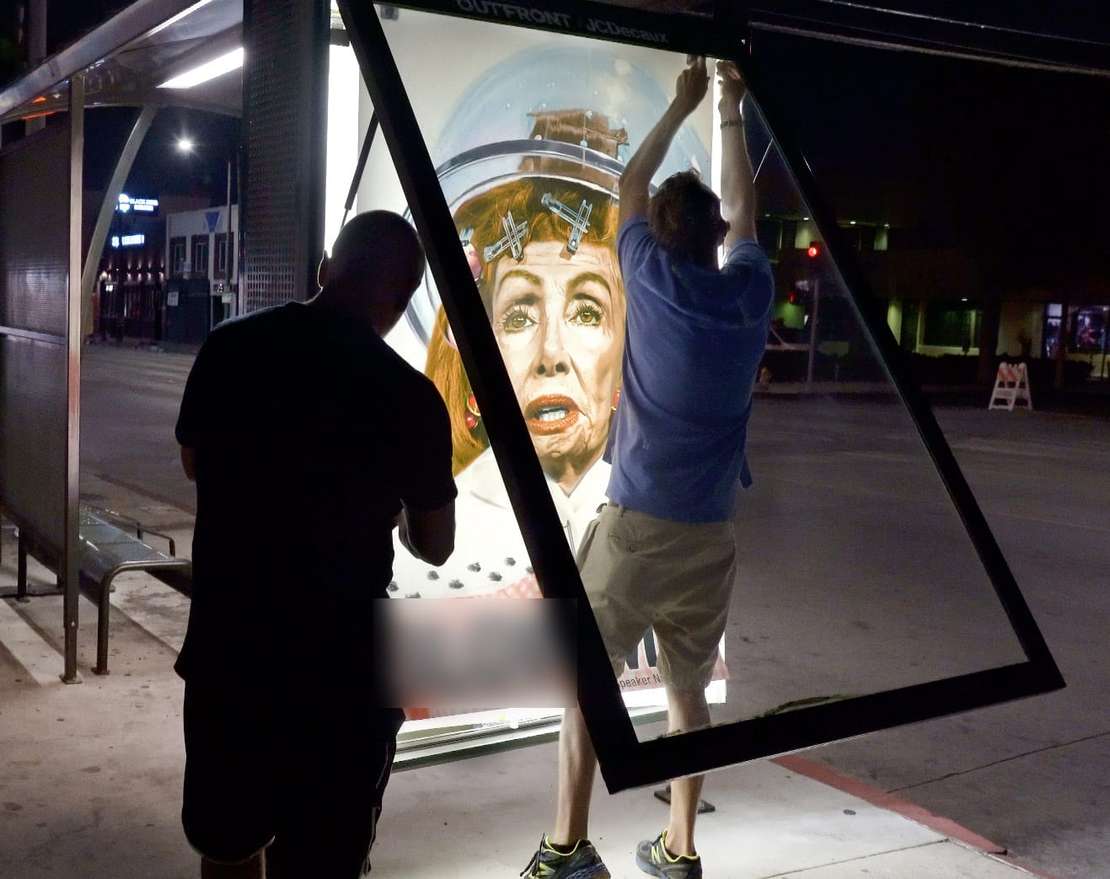 “The thought that Nancy Pelosi can sit shamelessly in a salon she played a huge part destroying financially with her support of draconian COVID-19 polices is sickening,” Sabo told PJ Media. “Not only was she shameless about it, once her hypocrisy was brought out for all to see, she then further punished the salon owner by having her black-shirt minions from ANTIFA threaten the salon owner and her family.” 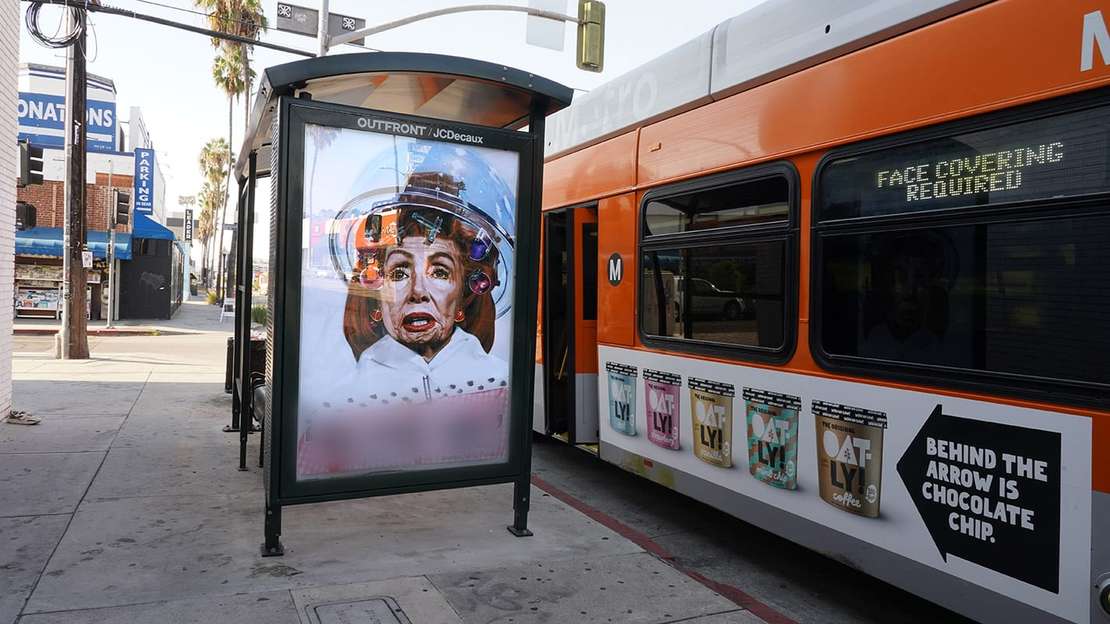 Sabo installed a few other posters, but they are too risque for PJ Media to republish, so you’ll have to visit his website to check them out.

Editor’s Note: Want to support PJ Media so we can continue telling the truth about the Biden-Harris campaign? Join PJ Media VIP TODAY and use the promo code LAWANDORDER to get 25% off your VIP membership.

Matt Margolis is the author of Airborne: How The Liberal Media Weaponized The Coronavirus Against Donald Trump, and the bestselling book The Worst President in History: The Legacy of Barack Obama, and The Scandalous Presidency of Barack Obama. You can follow Matt on GETTR, Truth Social, Twitter, Facebook, MeWe, Gab, and Rumble. News tips, praise, hate mail, and media inquiries can be sent to [email protected].
Read more by Matt Margolis
Tags: ACTIVISM CALIFORNIA
SHOW COMMENTS