Why Did Facebook Censor My 9/11 Photo From 5 Years Ago?

On September 11, 2016, I posted a photo of the “falling man” from the 9-11 attacks on my personal Facebook account. I headlined the photo simply “Still angry.” It was the 15th anniversary of the 9-11 attacks, and I was still angry about it. Still am.

That photo has sat there on Facebook ever since without issue, for almost five years.

Until today. I logged onto the censorious digital public square and this popped up: 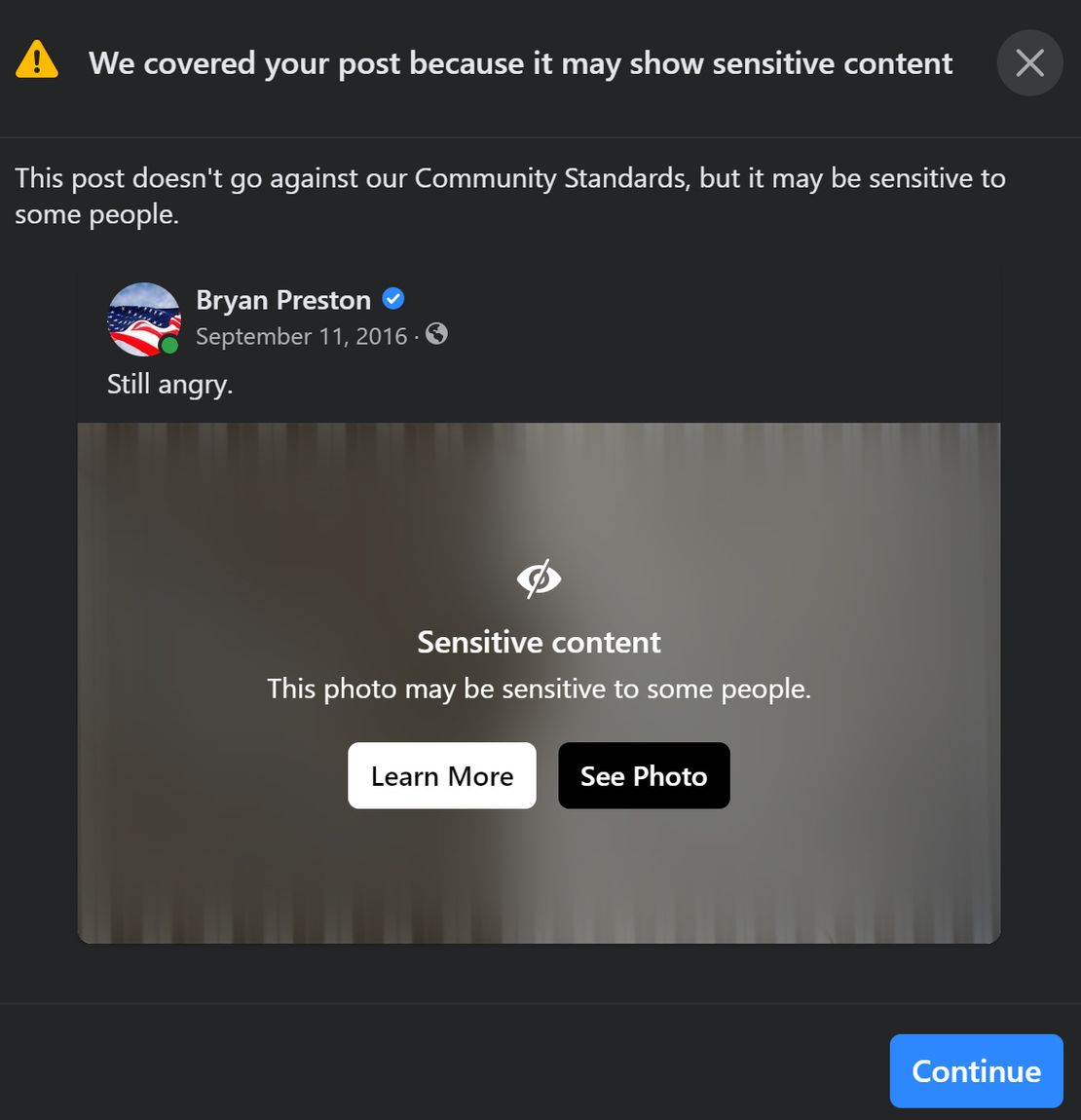 Yeah. I posted it because it may be sensitive to some people. We have to ensure that we never, ever forget what happened on 9-11. It was not a case of “some people did something,” as the contemptible ingrate Ilhan Omar infamously said. The media routinely manages to bury some of the most disturbing aspects of 9-11, especially on the anniversary of the attack.

Radical genocidal Muslims perpetrated a massacre against innocent people in broad daylight on American soil. The entire point of posting that photo was to remind people of that.

Why is Facebook’s unintelligent AI or someone who works there going back almost five years to a photo that is world-famous and censoring it?

What else are they up to behind the scenes?

Clicking on the blue button brought me to this. 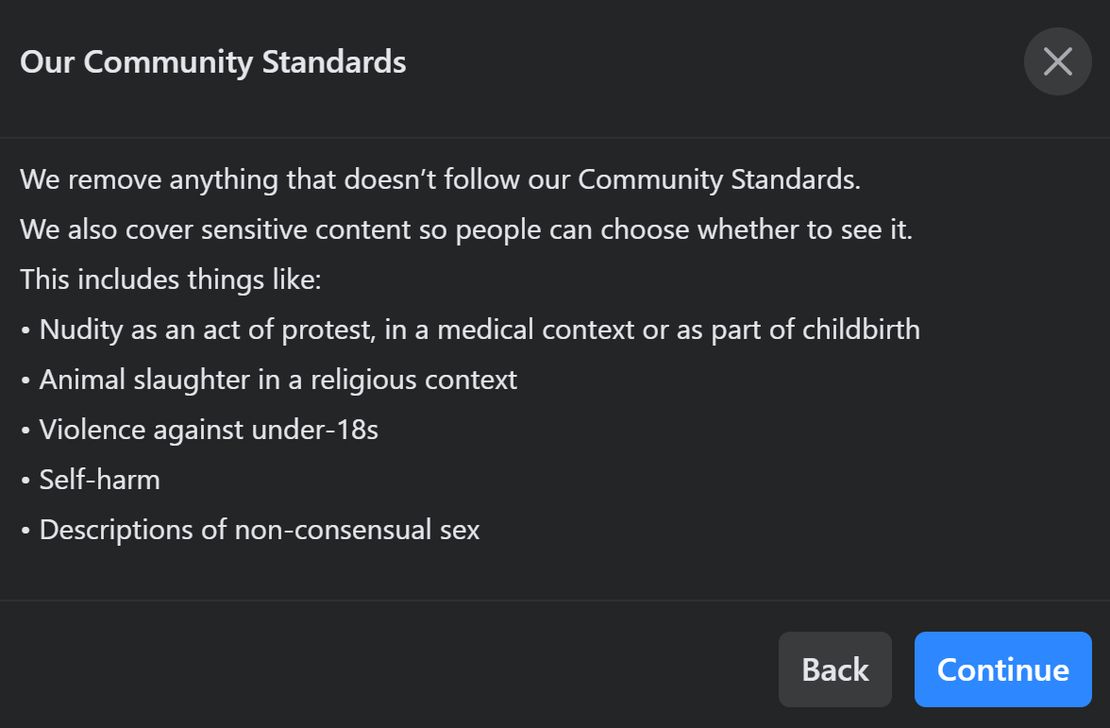 None of that describes the photo. Not even close. It’s a photo of one of the thousands of victims of 9-11, a human whose life ended that day.

Perhaps Facebook isn’t aware of this because it didn’t exist on September 11, 2001.

Clicking the blue button brought me to this. 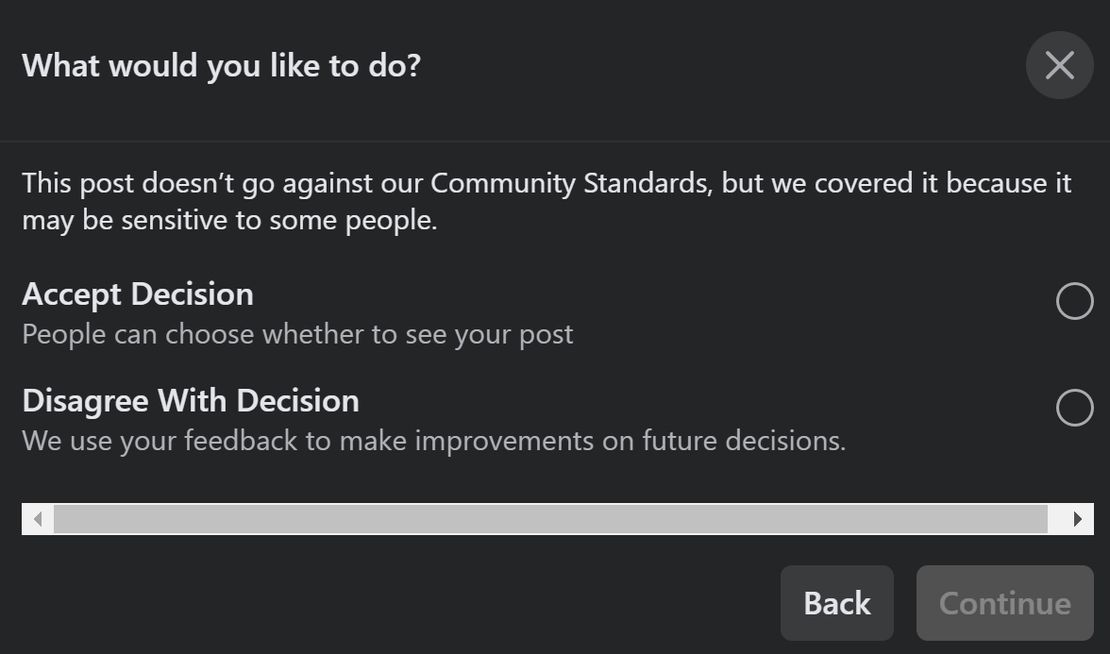 I obviously disagreed with the decision. Because it’s ridiculous.

This is the photo I posted that Facebook censored. 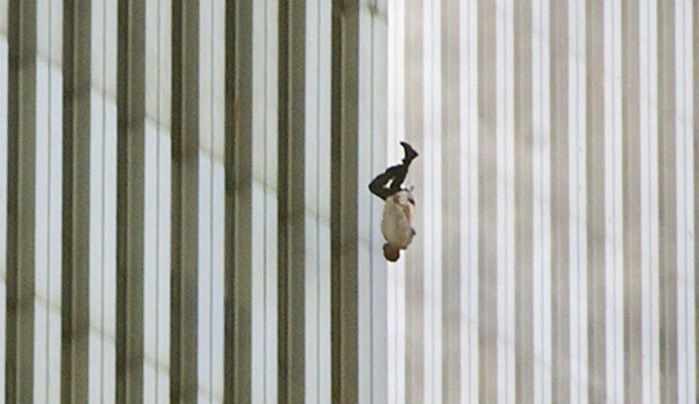 We’re coming up on the 20th anniversary of 9-11. Joe Biden has chosen to mark the date by leaving Afghanistan to the Taliban. I’m not really against departing the hopeless hole in the map, but choosing that date seems designed to bookend two decades after the heinous attacks with an American retreat.

We must never, ever forget the unidentified man in the haunting photo, what was done to him on 9-11, and what was done to all of us and our country. Even if the occupant of the White House doesn’t care and Facebook censors it or bans people for objecting to its censorship.

This is why we need your help to fight Big Tech. They’ve proven they will censor anyone and anything for any reason. They abuse so-called “fact-checks” as an excuse to throttle and block stories they don’t like. They’ll even censor the truth about 9-11, as they did on my personal page. Joining PJ Media VIP will help us keep them accountable and keep reporting real stories.

Bryan Preston is the author of Hubble's Revelations: The Amazing Time Machine and Its Most Important Discoveries. He's a writer, producer, veteran, author, and Texan.
Read more by Bryan Preston
Tags: CENSORSHIP