Jalapeno poppers would appear to be a fine choice to side with your Arby’s meal; under ideal circumstances they could make for a decent sandwich topping. However, a more appropriate title for these little green bastards would be jalapeño exploders, because they burst open upon the first bite, searing the inside of your mouth. The spiciness is understated, but how can you taste anything when your taste buds have been burned by fried cheese? The jalapeño poppers should come with a warning that says “WARNING, WAIT AT LEAST 20 MINUTES BEFORE EATING. LIQUID CHEESE WILL SCAR AND BURN YOUR FACE.”

If you spend more than 4 dollars on a single item at Taco Bell, you’re doing it wrong. Taco Bell should not be creating conventional food. They should stick to folding random objects in half and calling them tacos. The Cantina Menu should be banned. The idea of Taco Bell disguising their greasy brand of tacos as something gourmet is totally disgusting. Their Cantina Burrito was the only Taco Bell item that could be described as inedible. Most Taco Bell menu items are meant to be humorous; this tries to turn Taco Bell into something that isn’t funny or appetizing.
https://www.youtube.com/watch?v=kY4_hloroyY

Rally’s has a PERFECT menu. Everything ranging from their chicken boxes to their greasy burgers, loaded fries, ice cream, and even their wings are flawless. The only exception is this strange item known as the mushroom and swiss burger that occasionally appears on the dollar menu. “It’s back!” it says on their front door, in ominous green letters. I should have taken this as an omen of the smelly, nasty endeavor that was waiting behind the door. Make no mistake, the mushrooms on this burger smell almost as bad as they taste, and you’re better off just getting a Rally’s burger.

Why do people eat the Whopper Jr.? Last time I checked you could buy a double cheeseburger for 50 cents less. You’re paying extra money for lettuce, and that’s a waste of time. So next time you go to Burger King and see the Whopper Jr. on the menu, take a second to think about what your BK experience really means. Is it about eating less food? The answer is always no. It’s about stuffing your face with the Whopper. Or better yet, the Double Whopper. Don’t be a dingus. GET THE DOUBLE.

Try instead: Double Whopper, or the double burger with cheese at Rally’s

Not sure what makes this spicy chicken so “original,” considering it sucks worse than all other spicy chickens that came before and after its release. This long sandwich, although well-intentioned, is actually quite cumbersome and ends up just being another waste of time just like the Whopper Junior. There’s always too much mayonnaise, a problem that has continually plagued Burger King in the past. They might as well rename Burger King Mayo King, because they love drowning their sandwiches in that crap. The only sandwich that’s big enough to balance the mayonnaise is the Whopper. Once again, get the double.

McDonald’s released an angus 1/3 pound burger as if to pose a direct rebuttal to the Carl’s Jr. Thickburger. However, if the two burgers were to engage in hand-to-hand combat, the Thickburger would laugh at this pathetic sandwich as it took down the impostor with a vicious one thousand hand slap. Mcdonald’s attempt to make a gourmet sandwich is laughable at best. This defeat is evident in their decision to remove this burger from the menu last year. One has to wonder why they even bothered trying in the first place. Rest in peace, you silly sandwich.

The only fast food item even more offensive than the Angus burger is McDonald’s mighty wings. What a peculiar idea, buying chicken off the bone from a McDonald’s drive thru. These wings are such a waste of time that McDonald’s realized they needed to cut prices just to sell them off to their main customer base. And here I thought McDonald’s customers would eat anything that screamed “NEW AND TASTY.”

Looks like even mutants won’t eat garbo chicken wings. These are the worst wings I’ve ever eaten; you’d be better off getting those store-brand frozen wings from the grocery store.

Subway has the most annoying and offensive marketing approach of any restaurant on this list. Their Italian sub is so laughably bad that after one bite you’ll probably be wondering why you’re even still holding onto that mass of trash. I first realized something was wrong with Subway when they advertised that their edge lies in the nutritional value of their food over McDonald’s and Burger King, implying that even they know that something else in their food is extremely lacking.

Getting pizza through the drive thru is an awful idea because it’s the type of meal that should never even qualify as fast food. Honestly, I’ve had worse pizza, but Fazoli’s is the greasiest item on this list with the only exception being the final item. Sometimes you can relieve yourself from the mediocrity of their pizza with free breadsticks, but I’ve heard those aren’t even free anymore. Get pizza anywhere else, except Papa John’s. That dude sucks.

Try instead: Hit up Little Skeezers and grab a Hot n’ Sweaty. Or go to the Pizza Hut lunch buffet if you’re feeling saucy.

My fast food odyssey stops here. I can no longer continue with this review, but will leave you with my thought process as I stared blankly at the DoubleDown:

So this is it. You’ve really sunk to the bottom of this grease trap known as the fast food game. It’s just not enough anymore to eat a greasy patty or several greasy patties smashed in between two pieces of bread. You’re a monster. You need EVEN MORE GREASE. You need a sandwich that’s nothing but meat stacked together. It’s not even a sandwich anymore. It’s just a meat sandwich. 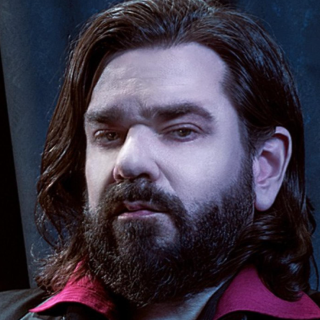