Bill Cosby: Is It True?

We had a good time over at my Facebook page and on my Twitter feed (@andrewklavan) this week, running a caption contest on this picture: 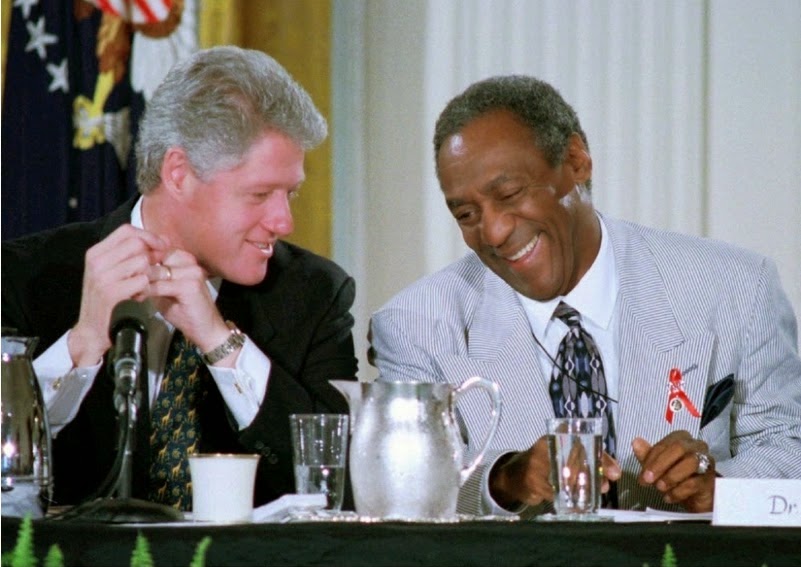 Much hilarity ensued, much of it involving pudding pops and Jeffrey Epstein.

But I have to admit, the whole Cosby business saddens me.

When I was a little boy, Cos was the great hero of my life. I had all his comedy records. I had his picture on my wall. I made plans to become a stand-up comedian and made up routines in his style. I got to see him perform live several times. My father even took me to California and arranged for me to shake my idol’s hand: Cosby was on a break from filming the hopscotch opening to his first television special. That same trip, I got to watch him filming an episode of I Spy. It was my favorite show, of course. I never missed an episode.

Cosby became my hero again in my adulthood, when he stood up against the race hustlers and thug excusers and called on black Americans to take responsibility for their own children and their own lives. It’s sad that it requires courage for a black man to do that simple, sensible and helpful thing, but it does. The left — which includes the media — has built its power by dividing us, holding up white men especially as the Emmanuel Goldstein of their four-decade-long Two Minute Hate. If blacks — and women — and gays — ever figure out who the friends of their freedom really are, the left is finished. So Cosby was viciously attacked for his honesty.

Did he drug women and rape them while they were unconscious? God, I hope not. I hope the accusations are part of some kind of leftist conspiracy meant to silence him or punish him for speaking the truth. But we’ll see. If he did it, it was a pretty sick thing to do. Hard for a sane man even to see the pleasure in it. But easy enough to see the pathological cruelty. One can only imagine the mental damage it would do to the victim.

I hope it’s all baloney. But if it is true, I won’t make excuses even for my childhood hero, not as the left did for Bill Clinton and Ted Kennedy. If it is true, there can be no excuse.