Welcome, West Coasters. Middling tidings from the Messed Coast, where your humble reporter has had to take a moment from reporting on coronavirus hammer time to take a deep cleansing breath, dispense some Johnny Utah, and listen to Dave Grohl read his memoir, “The Storyteller.” I mention that not only because I’m a Foo Fighters fan and the producer of audiobooks, but also because I just needed storytime to divert my attention from totalitarian mandates and Jessica’s story (below).

Hammer time is here. The purge has begun. The West Coast is bumping up to the deadlines Democrat governors and Joe Biden have set to force those who were once free Americans to get a jab or lose a job — or lose their lives. It’s an ideological purge.

Let’s start in Washington state, where, notwithstanding the Left’s police defunding efforts, Seattle’s crazy citizens still depend on cops to try to save them from the hot-and-cold-running fentanyl-addled bums lining the sidewalks.

Fully one-third of the officers, nearly 300 cops, haven’t given their radical overlords their medical records proving their fealty. Come October 18 you’ll be lucky to get a cop to investigate one of the record number murders in the Emerald City.

This was Sunday morning in Pioneer Square walking from the ferry to the Mariners game.

Think having too few #cops is bad now? Just wait till the mass firings/separations for not capitulating to #covid masters. #Seattle pic.twitter.com/7WZ1AoqAQq

We were lucky to get a ferry ride. Those beloved Washington state ferries traverse a watery highway known as the Puget Sound, but they’ve hit choppier-than-usual waters.

Due to “crew shortages,” more than 30 ferry trips from the San Juan Islands were canceled on Thursday alone. Repairs have sidelined three large ferries already, but, suddenly, Coast Guard-approved crew have disappeared in advance of the October 18 deadline for getting a shot or losing a job.

Forget Covid for a second and consider that those sailors could be suffering from a massive, simultaneous case of scurvy. Maybe some junior high soccer team can donate their orange slices to nurse the sailors back to health.

In the Pacific Northwest, there’s been a horrible teacher shortage due to coronavirus mandates and bad management. One Oregon school district is so hard up for vaccinated substitute teachers that candidates are not required to hold a teaching certificate or college degree. Maybe that’s to match the nonexistent graduation “standards” the state adopted recently. Just a thought.

I’ll just sidestep the Los Angeles ketchup-and-mustard-packet regulations and more mask mandates to mention the story we told at PJ Media about the UCLA anesthesiologist who was quite literally shown the door this week for refusing to get a Covid shot. Three security guards escorted him to the curb.

Wait, are those our “frontline heroes”? I saw that on a sign somewhere next to a prayer candle with Dr. Fauci’s face on it.

Finally, I read here in the obituaries that Jessica Berg Wilson of Seattle died the other day. The 37-year-old was a devoted mother of two who volunteered at her children’s school – that is until the school Covid scolds told her she couldn’t anymore because she hadn’t been vaccinated. 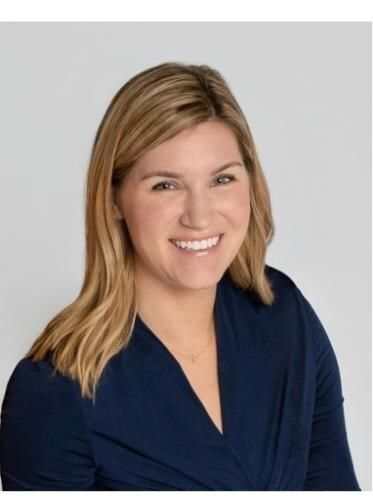 Here’s what happened next, according to the obituary carried in The Oregonian.

Jessica’s greatest passion was to be the best mother possible for Bridget [5] and Clara [3]. Nothing would stand in her way to be present in their lives. During the last weeks of her life, however, the world turned dark with heavy-handed vaccine mandates. Local and state governments were determined to strip away her right to consult her wisdom and enjoy her freedom. She had been vehemently opposed to taking the vaccine, knowing she was in good health and of a young age and thus not at risk for serious illness. In her mind, the known and unknown risks of the unproven vaccine were more of a threat. But, slowly, day by day, her freedom to choose was stripped away. Her passion to be actively involved in her children’s education—which included being a Room Mom—was, once again, blocked by government mandate. Ultimately, those who closed doors and separated mothers from their children prevailed. It cost Jessica her life. It cost her children the loving embrace of their caring mother. And it cost her husband the sacred love of his devoted wife. It cost God’s Kingdom on earth a very special soul who was just making her love felt in the hearts of so many.

Her family says that on September 7, Jessica died unexpectedly from “COVID-19 Vaccine-Induced Thrombotic Thrombocytopenia (VITT) surrounded by her loving family. Jessica was an exceptionally healthy and vibrant 37-year-old young mother with no underlying health conditions.”

So let’s go to the Leftist tote board: We’re losing cops, teachers, classroom helpers, mothers, and those “frontline hero” doctors over Covid shot mandates. They have either had the disease, don’t need the shot because of their low risk, can’t have it for medical reasons, or refuse it for religious reasons.

Those used to be good reasons.

The Great Reset, The Grand Purge, Hammer Time has begun in earnest.