Former Secretary of State John Kerry is using some dangerous rhetoric about the 2020 election. In a recent panel discussion for the Alliance of Democracies, he made the following statement:

“If people don’t have adequate access to the ballot, I mean that’s the stuff on which revolutions are built. If you begin to deny people the capacity of your democracy to work, even the Founding Fathers wrote in the Declaration of Independence, the Constitution, we have an inherent right to challenge that. And I’m worried that increasingly, people are disaffected.”

Kerry’s comments should not be construed as typical Democrat rhetoric about voter suppression in the current environment. Especially when Kerry’s remarks specifically accuse Republicans of suppressing votes by denying Democratic voters access to the ballot box.

He does not limit this accusation to the upcoming election. Instead, Kerry says this is why he and Al Gore lost their elections. Then he paints it as systemic by stating the pattern repeated itself recently in Georgia. No doubt, he is referring to failed gubernatorial candidate Stacey Abrams’ evidence-free claims of voter suppression in 2018. Despite this assertion being thoroughly debunked, Democrats have repeated it consistently for almost two years.

To understand why this rhetoric is so dangerous, you have to follow some history related to the Maidan Revolution in Ukraine and the activities of our own State Department in a program called Civil Society 2.0. During the impeachment, I did a fair amount of research into Ukraine. I arrived at the same conclusions that Oliver Stone and Glenn Beck did. Pretty odd group to come to a consensus:

Kerry would have been well aware of all of this as the successor to Hillary Clinton as Secretary of State. Maidan is included in the list of revolutions called Color Revolutions. Obama’s former Ambassador to Russia, Michael McFaul identified the seven common features of successful color revolutions after they first occurred in the states of the former Soviet Union:

The evidence for items one, two, three, and six is indisputable, thanks mostly to the complicit corporate media in number five. We also know the CIA, FBI, DOJ, and some members of the military are at odds internally and with the administration. These divisions have bubbled up into the public consciousness.

So that leaves number four. In reality, number four just requires an invigorating event. It can be an election. In Ukraine, the president decided to move away from the European Union and closer to Russia. Or it could be the death George Floyd at the hands of a Minneapolis police officer.

The last one is confusing. The incident was widely condemned with a call for justice on both sides of the political aisle. Yet it became nationwide rioting, looting, and destruction of history. The chaos is only puzzling if you can’t see the big picture.

The last several weeks have been a dry run. It stopped being about George Floyd a while ago. The purpose of the duration and intensity of the chaos became evident when a video of Black Lives Matter co-founder Patrisse Cullors from 2015 resurfaced. In it, she calls herself, and another leader trained Marxist organizers.

This admission confirms what many have been saying. Black Lives Matter is an ideological movement, not one interested in a debate on how to improve the lives of black Americans. They are only interested in their ideological solution.

The obvious question becomes, where does someone receive such training? It appears the Momentum Community provides this kind of training. Here is a list of their clients: 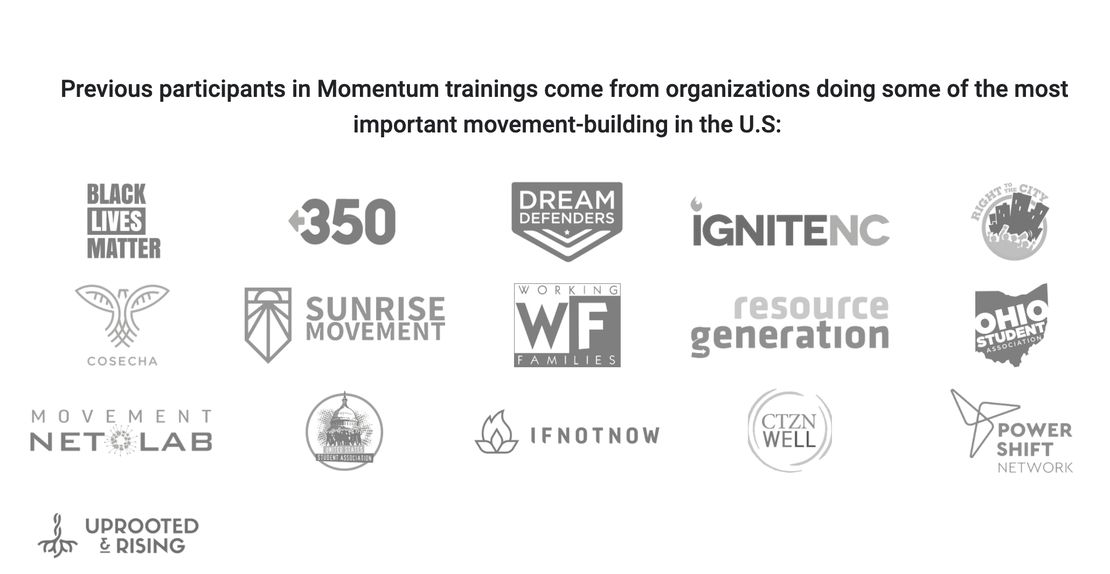 All have clear Marxist aims that have significant overlap. What we are seeing is a group of affinity-based organizations around issues such as climate or some immutable characteristic such as race that all advocate for the same collectivist policies. And these policies have very little to do with the organizing principle of the not-for-profits involved.  Momentum is pretty transparent about this. 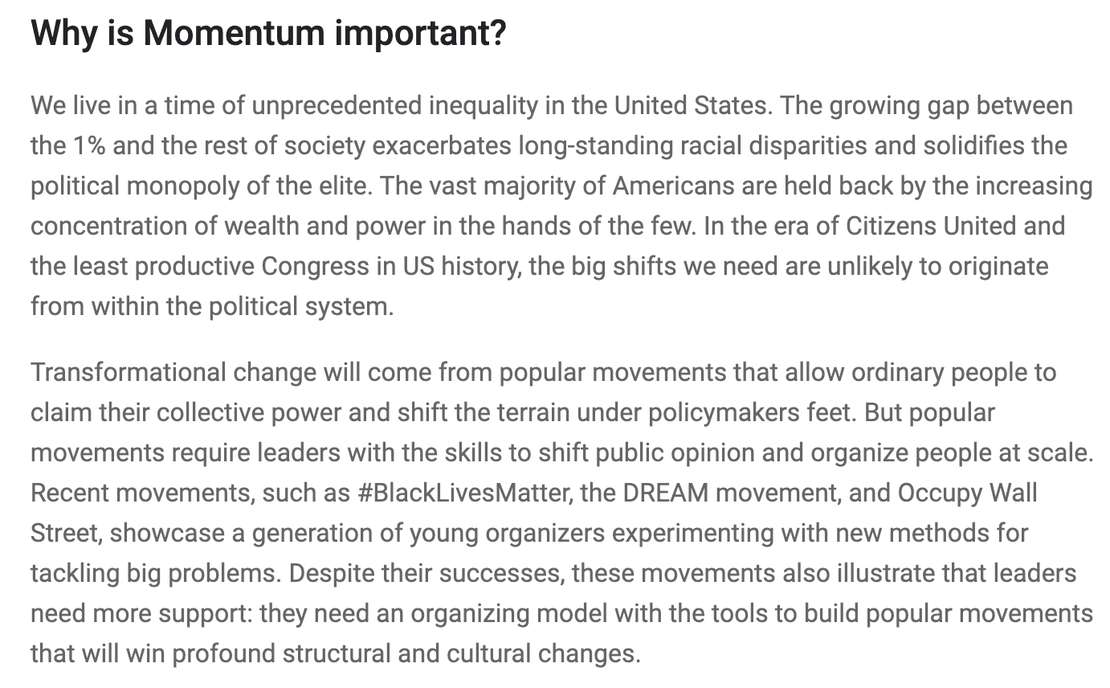 You have also seen their organizing model for revolution in action in the past several weeks. It explicitly references color revolutions and the Arab Spring. All these revolutions benefitted from our State Department’s Civil Society 2.0 Tech Camp training in organizing and collaboration. Now, these skills and methods are taught domestically. 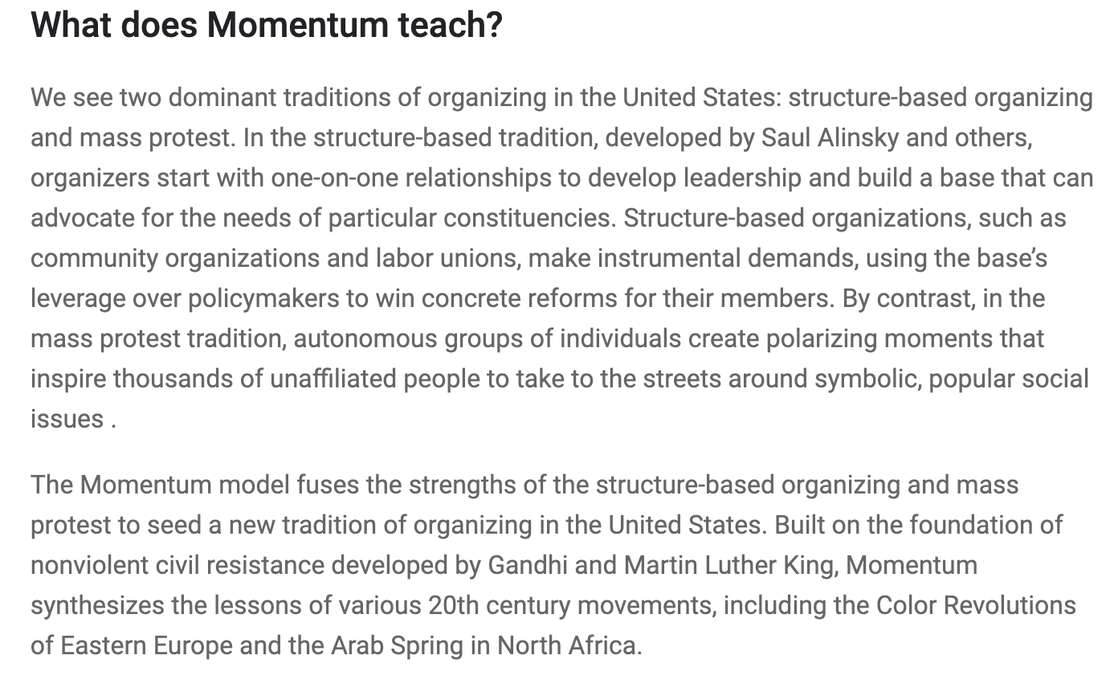 The foundation for number four is being laid by Democrats generally and embellished and amplified by Kerry. In his comments, Kerry frames voter suppression as the strategy of his political opponents and creates an undocumented history of the behavior.

We are also in a national conversation about how to conduct the election in November. Democrats are insisting on mail-in voting due to the pandemic. Republicans correctly raise concerns about fraud in the process. The objections are framed as voter suppression by Democrats.

In the last several weeks, several other dangerous things have happened. Many Americans have become demoralized as activists who claim the moral high ground demand our history, and even the color of our skin is a source of shame. And racism has stopped being something to overcome. Instead, it is inherent in the very institutions we have built and can only be fixed by reforming the system.

The demoralization follows a blow to the economy caused by nationwide economic shutdowns and further damage from riots. And law enforcement, who would be able to keep citizens safe, has been completely demoralized, with progressive big-city mayors jumping on board. Do you believe in coincidences? Or do you see a strategy?

Now John Kerry and Democrats are setting the country up to question the very foundation of our republic. By choosing the election as the invigorating event, it could rock the nation to its very foundation. One of the defining characteristics of our nation is the peaceful transfer of power following free and fair elections.

Now Democrats and their allies in the corporate media are organizing to attack that very foundation. If they are successful, the last three weeks and the continued chaos bound to continue through the summer are going to look like the “Summer of Love” Mayor Jenny talked about.