Congress Should Not Use Appropriations Bills to Satisfy Ravenous Special Interests

Above all, the American people want fairness and trustworthiness from Congress. Most voters generally do not care who is controlling Congress as long as the results are non-controversial, helpful, and in their best interest. Republicans and Democratic voters alike join hands in bipartisan hatred of Washington when corporate lobbyists highjack congressional power to benefit special interests.

One-way special interest groups get what they want by lobbying Congress to use the appropriations process for earmarks. The Congressional Research Service (CRS) defines an earmark as “any congressionally directed spending, tax benefit, or tariff benefit” if it aids “a specific entity or state, locality or competitive award process.” Aside from this hijacking, lobbyists also pressure Congress to change agency rules to their benefit. Our federal legislature uses the appropriations process to threaten to withhold appropriations funds if agencies and departments do not comply with congressional requests. This allows Congress to change a law without going through the traditional lawmaking process.

The Biden $1.9 trillion coronavirus so-called stimulus plan is a prime example of Congress using the “Power of the Purse” to change the way the executive branch spends money. The Heritage Foundation, in a study issued on March 11, 2021, found that “nearly $90 billion is earmarked for a taxpayer-funded bailout of union pension plans that were massively underfunded long before COVID-19. This union bailout gets about twice as much funding as COVID-19 testing and contact tracing.” Publicized and championed as a coronavirus relief program needed to help suffering Americans, Congress quietly used this legislation to address a completely unrelated issue.

In addition to congressionally directed spending, Congress has the power to alter a law without passing a new one by using the appropriations process. They push regulatory agencies into a rule-making process — undercutting existing law at the behest of corporate interests. Executive branch officials are extremely responsive to appropriators in Congress because they control the agency money needed to implement existing law. Unfortunately, appropriators have been known to abuse that power.

In 2003, Congress passed a law titled the Fairness to Contact Lens Consumers Act that, according to the Federal Trade Commission (FTC), “imposes on contact lens prescribers and sellers several requirements intended to enhance prescription portability. Among other things, prescribers must release a contact lens prescription to a patient and may not tie the prescription release to the purchase of lenses from the prescriber. Sellers may dispense lenses only in accordance with a prescription that the patient or prescriber presents directly to the seller, or that has been verified by the prescriber.” The FTC issued new rules to implement this act last year because many optometrists were ignoring the law.

In 2020 the FTC unanimously passed a new rule facilitating “shopping for contact lenses by requiring signed acknowledgement of the receipt of the prescription by the consumer.” This angered the special interest lobbyist for the optometrists, who then in turn convinced some members of Congress to introduce the Contact Lens Modernization Act to undo the rule. While their legislation did not pass, some are worried appropriators may use the power of the purse to pressure the FTC into watering down the rule. They are fearful the FTC rule will be gutted as the result of bullying letters sent to the FTC commissioners regarding language in an appropriations bill. Any attempt to water down, or even negate, the FTC rule will hurt consumers by increasing cost and limiting their purchasing choice.

Ignoring the law, many optometrists did not provide prescriptions to consumers forcing the FTC to issue their rule in order to fix the problem. These optometrists have a strong motivation to undo the FTC rule because they make a large profit off of selling contact lenses out of their own offices. Most Americans agree this is a clear conflict of interest to sell what one prescribes, which is why Congress acted to force optometrists to release prescriptions.

Consider this: there would be widespread outrage if all doctors sold what they prescribed, from the favored brands of anti-depressants to certain brands of birth control, because the doctors had a beneficial financial relationship with the manufacturers. Most Americans enjoy the freedom of shoppingfor generic brands of drugs when available as a way to save money on often expensive products. These optometrists have made it difficult to shop outside their practice for contact lenses and even glasses. Ask anyone who has been through the process of getting their prescription for contact lenses or glasses about being pressured to purchase overpriced products in their doctors’ offices and you will understand the need for government action.

When we elect a member to Congress, we entrust them to make the best decisions on our behalf. We assume they will be fair and work hard on our behalf. As such, Congress should not use the appropriations process to earmark or pressure government officials to comply with the requests of special interests. The American people are already aware it is these same special interests who are calling the shots for Congress on a handful of issues. 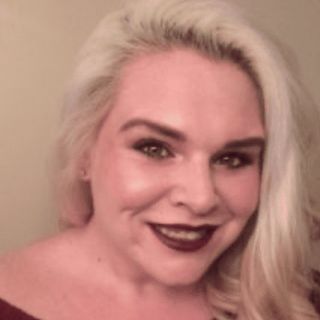