Can We Talk About This 'Martial Law' Question for a Moment?

Democrat Seattle Mayor Jenny Durkan and now many of her fellow travelers are darkly warning that President Trump’s deploying federal officers — in scary, scary unmarked cars — is a portent of martial law to come. 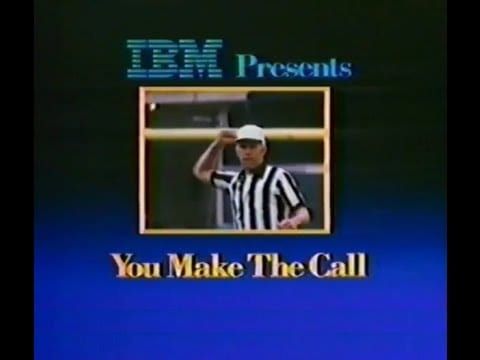 Let’s talk basic American law for a second. This won’t take long and it won’t require any deep cuts from the Federalist Papers. I promise. It won’t hurt a bit.

We just need to look at two highlights from the United States Constitution, which is the document officeholders swear to uphold and defend, so presumably, they have read it. Too many of them are lawyers too, but that should give us additional confidence that they have read the thing.

The preamble — which is the beginning, at the very top — of the Constitution says this:

We the People of the United States, in Order to form a more perfect Union, establish Justice, insure domestic Tranquility, provide for the common defense, promote the general Welfare, and secure the Blessings of Liberty to ourselves and our Posterity, do ordain and establish this Constitution for the United States of America.

Schoolhouse Rock used to sing that, but they don’t air those gems anymore. Knowledge was once power…

It’s pretty straightforward. The people wanted a better union than the one they had with King George III, so they set up the nation’s government to establish justice, ensure the peace (domestic tranquility), set up a way to defend themselves, make things generally as peachy as they can, and thereby secure liberty for themselves and us and those who follow us — if we can keep our republic.

Were they perfect? No. Did they do a bang-up job? Absolutely! Our republic has stood while France has burned through about five, plus an empire or two; communism rose and fell several times; and the world’s map lines and governments changed nearly everywhere else. Its track record is pretty solid. Other countries call themselves republics because of our republic’s track record for sticking around lends the word credibility.

In case it’s all still not clear, the U.S. Courts website says this about the Constitution’s preamble:

The preamble sets the stage for the Constitution (Archives.gov). It clearly communicates the intentions of the framers and the purpose of the document. The preamble is an introduction to the highest law of the land; it is not the law. It does not define government powers or individual rights.

Federal jurisdiction encompasses the whole country. There are just over a hundred federal courts and appeals courts across the fruited plain.  They are there to defend the people from the government and settle disputes without arbitrary rulers ruling arbitrarily, which was pretty novel back in the founders’ day. It’s explicitly the federal government’s job to secure these courts. The cities and states are not in a position to tell the federal government not to secure its own property. They just aren’t, no matter what Durkan or anyone else says.

Durkan couldn’t even secure a police precinct in her own city. She gave several blocks to a rabble, resulting in several murders and assaults. Why would anyone listen to a thing she says? Her own police chief clearly doesn’t. Why would this or any president? Frankly, Durkan is an idiot.

When rioters attack the federal courts, as they do night after night in Portland, neither the state nor the city has any say. It’s the federal government’s job to secure that court.

Another non-deep cut from the law of the land is the First Amendment. Here’s what it has to say on the subject of protests.

Congress shall make no law respecting an establishment of religion, or prohibiting the free exercise thereof; or abridging the freedom of speech, or of the press; or the right of the people peaceably to assemble, and to petition the Government for a redress of grievances.

It’s pretty clear on the “right of the people peaceably to assemble, and to petition the Government” if they’re annoyed or want it to do or stop doing something. The word “peaceably” is important. Somehow, the weightlifter Chris Cuomo at CNN missed it. But it’s right there, at the end of the very first amendment, in very clear language even a Vox editor should be able to understand.

Why did they do that? Riots make for bad policy, among other reasons. The founders had the English Civil War experience from 1641 guiding them when a member of Parliament used riots to challenge the king and led the nation to a ruinous civil war that ended in a dictatorship. The founders wanted to avoid that.

We have the immediate and predictable results of “defunding the police” to guide us now. Murder rates skyrocketing all over the country.

Riots create pressure that leads to terrible policy outcomes. Protesting peacefully calls to our moral beliefs and leads to good policy outcomes. The peaceful civil rights era is our most recent guide on this.

But what if you don’t care about good policy, you just want to win? The Democrats clearly want to use the riots for their own ends, and the worse policy it leads to, the better, as they see it. They are encouraging the riots and accusing the federal government of evil schemes for doing the job they know well it’s supposed to do.

Oh, and about the issue of the “unmarked cars.” I have a friend who is a retired federal marshal. We chatted about this a day or two ago. He asked me a simple question: “Have you ever seen a federal marshal in a marked car?”

I couldn’t think of an instance when I had, though I’m sure they have some marked cars to use as needed. We also discussed the fact that local and state police use unmarked cars and have for ages. Because they do. You may have gotten a traffic ticket from a cop in an unmarked car at some point in your life.

“We hardly ever use marked cars,” the retired federal marshal said, based on his decades of experience in the U.S. Marshals Service.

The Democrats, many of whom are former prosecutors, know this. They just think you’re stupid.

Why Seattle Is Likely to See More Riots and Violent Crime