State-sanctioned racism is back and undisguised. Buried in the recent $2 trillion spending package that was supposed to be about Covid relief is a $4 billion loan forgiveness program that explicitly denies eligibility to farmers and ranchers based on their race.

The Biden administration’s American Rescue Plan Act of 2021 specifically provides automatic loan forgiveness of up to 120 percent of the loan amount for farmers and ranchers, unless they are white. The USDA also intends to allow non-white farmers to re-apply for new loans through the federal program, while specifically excluding white farmers.

Despite sixty years of progress eliminating racial discrimination by governments and court-backed mandates ensuring color-blind access under the law, the recent race-based loan forgiveness program is a blatant reemergence of state-sanctioned racism. The Washington Post reports that the payments begin in June. In its coverage, the Post acknowledges that some “argue that the relief is a form of reverse discrimination.”

That is why we, alongside our friends at Mountain States Legal Foundation, sued on behalf of a hardworking Wyoming rancher who is ineligible purely because of her skin color. The Southeastern Legal Foundation and the MSLF filed the lawsuit in the District of Wyoming on behalf of Leisl Carpenter, a sixth-generation rancher. Her family has been ranching in Big Laramie Valley since they emigrated to the United States in 1862.

Like many ranchers, the COVID-19 pandemic has financially impacted Ms. Carpenter and the Flying Heart Ranch. To help farmers and ranchers weather the pandemic, Congress decided that it was going to forgive federal farm loans – erasing the full amount of the loan and sending the forgiven debtor 20 percent of the loan’s value in cash to cover any resulting income tax liability.

But unlike other ranchers, Ms. Carpenter does not qualify for loan forgiveness because of the color of her skin.

The founding of an entire country based on a common ideology, not a racial identity, was such a blazingly radical idea that it took the entire world by storm. It was a literal “revolution, and yet Americans considered the idea so obvious that we labeled it as “self-evident” in the Declaration of Independence. All Men Are Created Equal. That’s America’s Best Idea.

We haven’t always lived up to this idea. We have always had those in our midst who think that our Best Idea cannot possibly be taken literally. That’s our Worst Idea. State-sanctioned racism has far too often been a feature of American life. The most recent iteration is the fashionable idea that equality must take a back seat to ensuring equal outcomes, or “equity.”

Our Best Idea has always needed defenders. America’s horrible Civil War—a second revolution of sorts—was about reconciling the contradiction of slavery with our founding ideals. And when Jim Crow arose as a way to deny equality based on race, it necessitated a third revolution, or what we think of as the civil rights era, or Dr. King’s dream of a nation in which individuals would be judged on the basis of their character, and not the color of their skin.

State-sanctioned racism does not belong in the same land as the Declaration of Independence. Its self-evident truth is no longer revolutionary, but it still is under attack. Its ideals remain our Best Idea and are worth defending. 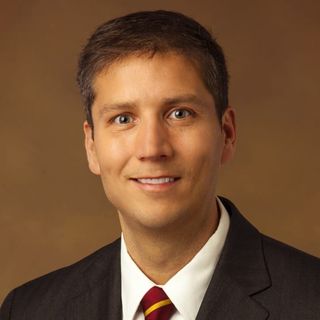 Boucek is Director of Litigation for Southeastern Legal Foundation, a national constitutional public interest law firm, founded in 1976, that appears regularly before the U.S. Supreme Court.