Tea Party Reaction to Romney-Ryan as Fractured as Movement 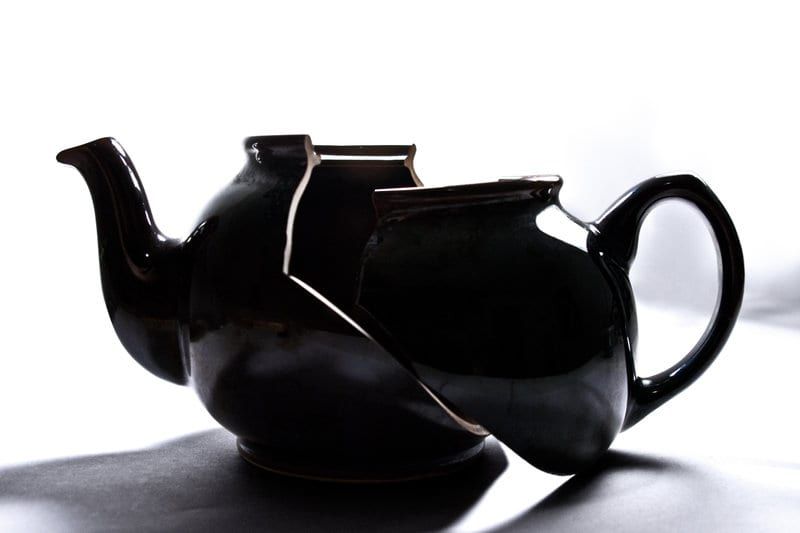 The Tea Party’s ideological Balkanization is its Achilles’ heel and may enable the reelection of President Obama. That is the key lesson to take away from mixed reaction over Mitt Romney’s pick of Wisconsin Congressman Paul Ryan for vice president.

Grassroots activists from disparate wings of the Tea Party have a variety of complaints about Ryan’s record. He’s voted for bailouts. He’s voted for stimulus. His proposed budget actually increases spending. The list goes on.

In a recent piece for Reason, Judge Andrew Napolitano warns that a Romney-Ryan administration would be a return to the era of George W. Bush. “The Bush years were bad for freedom,” he writes; “without them, we would not have had an Obama administration.”

The problem with such criticism is that it appears in a laboratory vacuum without regard to the context of an actual election with only two viable alternatives. It takes a sober mind to see the forest from the trees. But Tea Partiers who think contextually about a ticket that’s less than pure risk the ire of their ideological brethren.

Consider the example of Dave Nalle, national chairman of the Republican Liberty Caucus, an organization working within the Republican Party to steer it in a libertarian direction. Nalle addressed his fellow activists regarding the Ryan pick, lamenting Ryan’s record while nonetheless urging libertarians to score Romney’s choice as a win in the broader political context. He wrote:

From [the GOP establishment] viewpoint, selecting Ryan as the vice presidential candidate is an enormously bold move and a major concession to what their very limited worldview tells them are the concerns of the grassroots. Ryan is more fiscally conservative than they are comfortable with. He is more of an initiator and policymaker than they feel safe with. He’s effective enough that they find him somewhat threatening. From the establishment’s myopic point of view Paul Ryan is an absolute flame breathing radical. He may not seem that way in comparison to Ron Paul, but most of them are not even capable of understanding the ideological views which drive Ron Paul. They don’t take his views or the views of those who support him into consideration at all, because they dismiss them as aberrant and outside of the political mainstream.

The skill Nalle employs here is empathy, the ability to see things from the perspective of others without necessarily agreeing with them. It’s a skill far more activists need to develop, because it enables a clarity of both thought and action. 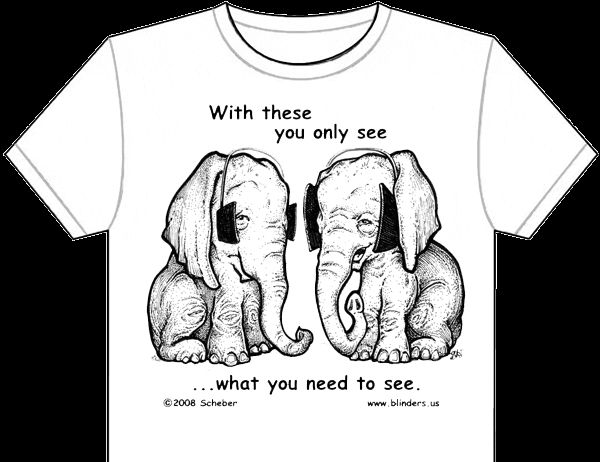 Far too many activists see the world only from their point of view, a comfortable bubble where the rightness of their arguments is self-evident and anyone who disagrees with them is the enemy. This fosters a kind of political rut where progressing a movement becomes extremely difficult. You can’t convince the uninitiated with claims of self-evidence, and you won’t bother to try if you write off everyone outside your clique as either hostile or ignorant.

With his ability to empathize with the GOP establishment, Nalle grasps the Ryan pick as most useful to his cause. Understanding that Romney has made a bold move from an establishment perspective enables an activist like Nalle to appreciate the opportunity that the pick presents.

After comparing the Ryan pick to a lame gift from a well-intentioned grandmother, Nalle concludes:

Ultimately, if we object to Ryan, if we raise the roof with outrage, [the GOP establishment is] sufficiently out of touch that they won’t understand and will just get confused and offended. If we accept their lame gift with a winning smile that makes them think they did the right thing, that makes them feel good about us and next time the gifts may be more generous and they’ll write us into the will and we will eventually inherit it all.

In less crude terms, rallying behind the imperfect Romney-Ryan ticket represents an investment of political capital with the potential to pay dividends for libertarians within the Republican Party. Embraced as allies, liberty activists will continue to gain positions of influence and leadership which may eventually translate to purer liberty candidates. That’s politics in a free society; you have to build relationships and coalitions with people you do not agree with 100%.

The chief impediment to such coalition-building is dogmatic ideological segregation. Many activists care more about advancing their system of philosophy (and vetting out the impure among their ranks through inquisitions) than about affecting change in the real world.

Consider the reaction in the Objectivist community to the enthusiastic endorsement of Romney-Ryan by the editor of The Objective Standard, Craig Biddle. Writing on the publication’s blog, Biddle explained how he could comfortably campaign for the GOP ticket despite the fact that neither Romney nor Ryan is an Objectivist:

For a politician to appreciate [Ayn] Rand’s ideas (even if he doesn’t fully understand them) and to extol them publicly is a welcome development. For the same politician to see entitlement programs as the main political problem throttling the U.S. economy—and to be willing and able to articulate why—is also welcome. For this same man to be selected as the vice presidential candidate on a viable ticket for the White House—when the alternative is an incumbent dedicated to destroying America—is as good a development as anyone could reasonably have hoped for today.

The focus here is context. “As good a development as anyone could reasonably have hoped for today” is a contextual standard which matters in the real world. Pining for an option which does not exist serves no rational purpose. As Rand and her philosophical forebear Aristotle made clear, we must deal with what is. 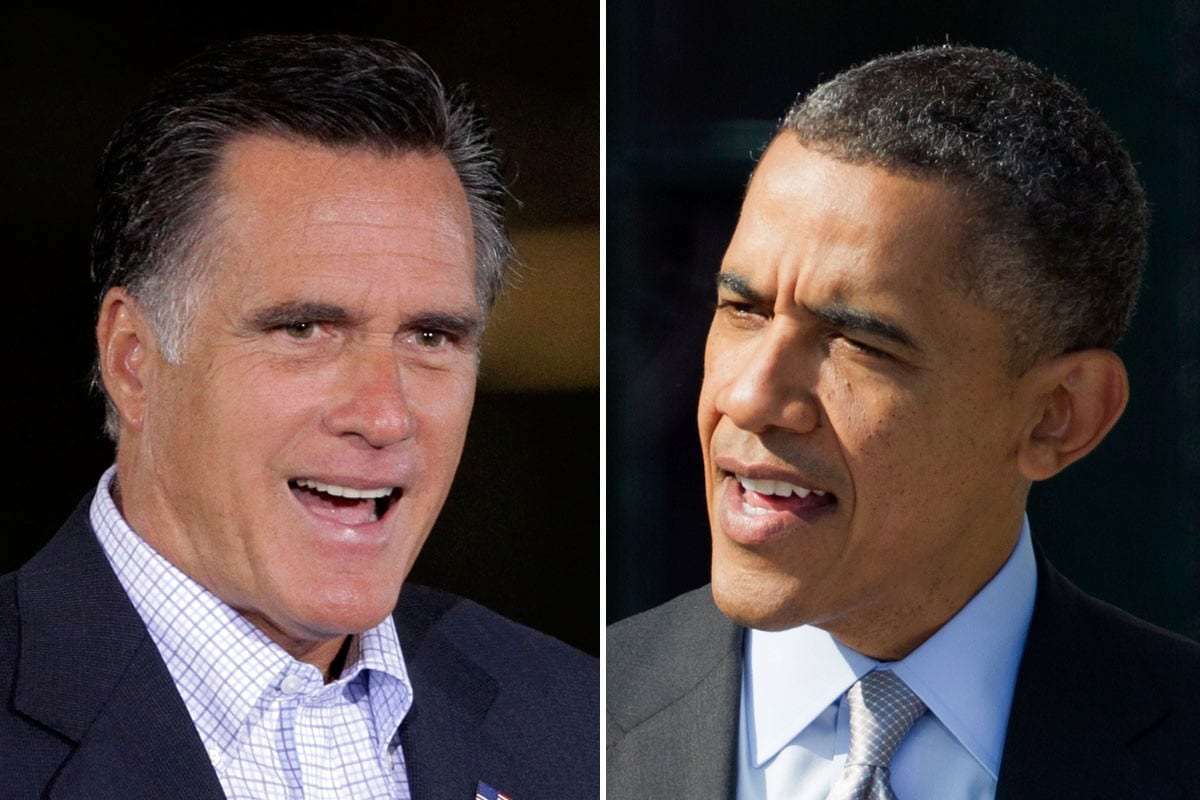 Bold Prediction: One of these guys is going to be elected president in November.

Nevertheless, many Objectivist commenters responded to Biddle’s endorsement with anything between trepidation and disgust. Chief among expressed concerns was a fear that endorsing a non-Objectivist would create confusion among the public as to what Objectivism is, as if extolling a particular philosophy is a more urgent concern than affecting any positive change in public policy.

Libertarians and Objectivists are cited here as examples. But the struggle within each community symbolizes similar battles throughout the Tea Party. Regardless of their ideological wing within the movement, Tea Party activists are letting their zeal for particular ideas eclipse an opportunity to advance their cause politically. Too many confuse political selection with philosophical compromise.

Biddle concludes in a follow-up post at TOS Blog:

Voting in a presidential election for the less-bad ticket among two possibilities when those possibilities are the only viable alternatives, and when there is some value to be gained by voting for the less-bad alternative (e.g., more time to educate people about the moral foundations of freedom), is not pragmatism but an act of principle. It is the application of the principle that the purpose of voting in a presidential election is to help put into office the best (or least bad) team that can possibly be elected at the time. To refrain from voting when one of the only two viable alternatives is significantly worse [than] the other is to aid the worse ticket by withholding a vote for the less-bad one.

That’s the bottom line. There is a real choice to make which has real consequences, and we have a responsibility to make the best choice possible. To support the best of the viable options is not to compromise on principle, cede a moral argument, or give up our own particular philosophy. A political endorsement is not a philosophical endorsement, and voting for a particular candidate is not an affirmation of everything they have said or done.

Our choice is between a ticket sympathetic to liberty and a ticket diametrically opposed to it. The fractured Tea Party must unite on its common interest, or fail when it is needed most.

More on the Tea Party from Walter Hudson:

And check out Walter’s PJ Lifestyle articles too:

6 Punches Director Zack Snyder Must Land in Man of Steel

American Immaturity: How We Grow Up After We Grow Old