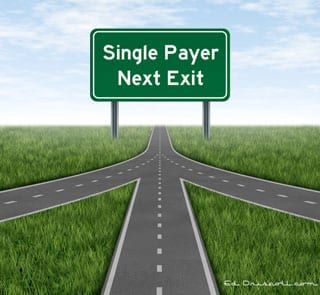 On Christmas Eve, it will be three years and nine months since President Barack Obama signed the Affordable Care Act, aka Obamacare, into law.

Seven decades ago, it took less time — 3 years, 8 months and 26 days, from December 7, 1941, to September 2, 1945 — for the nation to endure the attack on Pearl Harbor, rebuild an undermanned and underequipped military, put the nation’s industrial might on a wartime footing, prosecute World War II, complete the Manhattan Project, and force the surrender of Nazi Germany and Japan.

Now we’re supposed to believe, even when given virtually unlimited resources, a 42-month head start, and another three months to make corrections, that the people in our government and the contractors who serve it are so breathtakingly stupid and incredibly incompetent that they can’t properly set up Obamacare’s bureaucracy, create functioning online and offline consumer interfaces, and build the systems required to communicate and interact with insurance companies participating in its federal exchanges.

Evidence supporting what I have contended in my previous two columns — namely that those in charge of implementing Obamacare cannot possibly be as stupid or incompetent as they are allowing themselves to appear — continues to mount.

The most obvious indicators don’t relate to planning and development tasks performed poorly. They instead involve the ones which haven’t been performed at all.

Web site security issues have been ignored from the get-go, to the point where IT security experts insist that no one who cares about the privacy and safety of their personal information should even think about logging on to HealthCare.gov. The government’s response has been to give itself a security waiver and pretend that nothing’s amiss.

Then there’s the system for making subsidy payments to insurance companies for eligible enrollees. There isn’t one.

Henry Chao, deputy chief information officer at the Centers for Medicare and Medicaid Services, told a House committee in mid-November that “the payment systems, they still need be built.” The government’s response has been to let the insurance companies wing it and estimate the subsidies they’re owed — subject, of course, to “negotiations” on an obviously not level playing field. It’s a safe prediction that this situation will endure well into 2014. One begins to wonder if those systems will ever be built.

Chaos skeptics will have an especially difficult time explaining away the administration’s December 12 move.

That day, it announced that it would “ask” insurance companies to cover virtually any patient who requests medical care in early 2014, whether or not there is any tangible evidence that they have paid their monthly premiums, or have even enrolled. Note that the lack of said evidence is entirely due to the government’s billion-dollar failure to build reliable enrollment and payment systems.

It would appear that doctors, hospitals and other medical providers who have agreed to serve Obamacare patients will also have to see and treat any patient who claims to have enrolled, regardless of whether that provider is in the related insurance plan’s network.

A Wall Street Journal editorial summarized the situation fairly well — “the White House wants to transfer political accountability to the insurers.” But medical providers and all who work for and provide services to them will also be unwilling participants in this purely political accountability avoidance ploy. They and their insurers are being forced to take on completely unacceptable and potentially bankrupting financial risks in a $7 billion per day industry.

Kathleen Sebelius’s Department of Health and Human Services has ways to deal with any insurance company which might consider rebelling at the prospect of seeing their owners and shareholders lose everything because of government-orchestrated chaos: “The regulatory fine print reveals that HHS intends to kick insurers off the exchanges if they don’t obey.” Some “marketplace” this is.

Now we can begin to see, with the help of the Daily Caller’s Mickey Kaus, where this is all heading:

HHS has pretty clearly escaped the rule of law and entered a world of corporatist haggling, where political leaders and a few big industry types sit around the table and work everything out.

The health insurance industry blithely ignored the authoritarian and extra-legal warning signs which were clearly visible to all with open eyes as far back as Obama’s first presidential campaign in 2008 — his announced plan to use regulations to “bankrupt” anyone who dared to start up a new coal-based energy plant, the campaign’s deliberate lack of controls over online contributions, and the organized attempts to shout down opponents, to name just a few. Lured by the false promise of millions of new and theoretically profitable customers, it chose to live with state-run health care instead of fighting it tooth and nail, as it successfully did against HillaryCare two decades earlier.

The industry’s reward will be to spend countless hours haggling with their only real customer who is not their equal, but their master.

What will happen if their conduct doesn’t meet the administration’s arbitrary and ever-changing definition of acceptability? Ask Congresswoman Jan Schakowsky of Obama’s home state. They’ll exploit any resistance as an excuse to slow but surely accomplish the left’s Holy Grail goal: “put the private insurance industry out of business” and impose a de facto single-payer, completely government-controlled regime on the entire nation. The insurance companies may continue to exist for a while for appearances’ sake, but they will be firmly under the government’s boot, perhaps in relatively short order.

Is it only a coincidence that this is exactly how budding tyrannies often work in their early stages? Is it really reasonable to believe that all of this “just happened”? I think not.