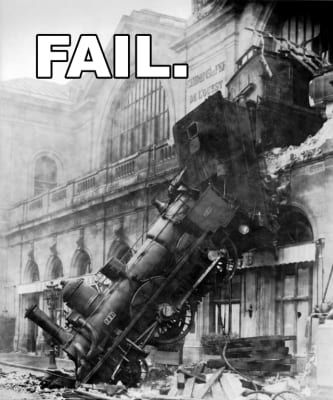 On November 17, Treasury Secretary Tim Geithner told Bloomberg TV’s Al Hunt that “we ought to just eliminate the debt ceiling.”

John Hayward at Human Events summed up Geithner’s attitude perfectly: “Basically, Geithner thinks the debt ceiling is a bluff by those interested in fiscal restraint, and Big Government will always be willing to call it.” If he’s right, we are in deep, deep trouble.

The debt ceiling is the only thing even resembling a control on the runaway government of Geithner’s boss, President Barack Obama. The Treasury secretary is quite perturbed that last year, in his words, “people” threatened “default on the American credit for the first time in history as a tool for political advantage.” The objective historical record shows that if a default had occurred in August 2011, it would not have been the result of the “people” in the Republican-controlled House of Representatives to whom Geithner was clearly referring failing to do their job. It would have occurred because Harry Reid’s Democrat-dominated Senate would have refused to agree to what the House passed, or because the Obama would have vetoed it. Despite this constitutionally designed tactical advantage, House Republicans caved and increased the ceiling to $16.394 trillion, just enough to last past the 2012 elections. This allowed Obama and Democrats to minimize the urgency of the country’s looming fiscal calamity as a dominant campaign issue and to pretend, with the help of its press lapdogs, that it’s only a “medium-term” or “long-term” problem.

Obama’s mental definition of “medium-term” may be “after my second term.” If so, at least on our current path, he’s probably wrong. Let’s look at the scoreboard and see how close the U.S. is to what most economists believe is the fiscal tipping point.

At the close of business on November 17, the date of Geithner’s interview, the national debt was $16.28 trillion, a mere $113 billion short of the national credit limit. Of that amount, $11.45 trillion was “Debt Held by the Public,” a formerly accurate but currently misleading term, given that almost half of that balance is held by foreign entities. Economic “experts” believe that we’re not supposed to worry about the $4.83 trillion remainder called “Intergovernmental Holdings.” I personally don’t buy that, but let’s set that matter aside for now.

In an April 2011 column (“Maxed Out America: Coming Sooner Than You Think”), I wrote that “[T]here is a consensus (among economists) that a country reaches ‘a critical insolvency threshold’ once its public debt hits 90% of GDP. At that point, lender cutoffs and interest-rate premiums become real possibilities.” At the time, the Congressional Budget Office believed that we were a decade away from reaching that 90% threshold.  Based on the true tracks of spending and economic growth, I thought it was more like six years or so. Today, thanks to the 2011 debt-ceiling deal, the proposed parameters of the next, lackluster growth, and the continued lack of any meaningful fiscal restraint, I believe it’s more like three.

Reid expects that any debt-ceiling deal will increase the limit by another $2.4 trillion, bringing the national debt’s grand total to $18.8 trillion and extending the next ceiling hit into early 2015, conveniently, barring another serious recession, after the 2014 congressional elections. If form holds, 91% of the new debt will be “public debt,” increasing its total to about $13.7 trillion. If GDP only grows by an annualized 2.2% during that time — a rate which roughly matches the economy’s anemic performance in the 13 reported quarters since the recession officially ended in June 2009 — the public debt-to-GDP ratio will be about 83%. Rinse and repeat for another year and we’ll hit 90% in the spring of 2016. If we have another recession, “fiscal cliff”-induced or otherwise, we’ll get there sooner — maybe much sooner. All of this additionally assumes that buyers of our debt won’t lose patience with our profligacy and either stop buying our debt or start demanding higher interest rates well before we hit economists’ admittedly arbitrary threshold.

So we have a government on track to function without a budget for a fourth straight year, a Treasury secretary who refuses to advocate any kind of fiscal responsibility while ridiculing anyone who proposes a sane solution, a significant plurality if not a majority of the population which believes that free stuff can and will continue without interruption, a president who believes that his second pathway into the history books (he thinks ObamaCare is the first) is ruthlessly taxing the rich, media apparatchiks who believe we should really return to 1950s-style 90% marginal income tax rates, and a Federal Reserve printing as much money as necessary to accommodate what is intuitively unsustainable.

Perhaps a case can be made for agreeing with Geithner that we should dispense with the annoying inconvenience of having a debt ceiling, given that the discussions over raising it seem to be more about artificial political theater than substantive debate. At least when the inevitable downgrades and increases in borrowing rates occur, Geithner, Obama, Democrats, and the press won’t be able to claim as they did last year (though they will of course try) that intransigent Republicans threatening a government default caused them.