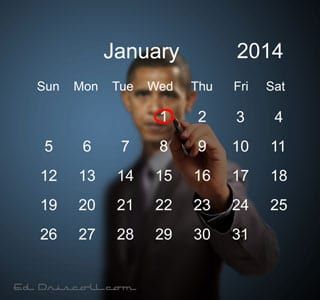 The good news is the U.S. economy wheezed out 204,000 new jobs in October, despite all the sound and fury (signifying very little) over the 17%, 16-day-long government semi-demi-shutdown. The bad news is pretty much everything else, so let’s take a look at what lies underneath the big headline number.

CNBC put a happy face on the latest jobs report with the headline, “Shutdown slowdown? Job creation soars in October.” It’s true that 204,000 is a bit higher than the recent average of 190,000, but the story’s very first paragraph belies the word “soars.” Read:

There were a net 204,000 new jobs created for the month, though the unemployment rate rose to 7.3 percent and households reported a huge drop in employment, the Bureau of Labor Statistics said. A separate measure that includes the underemployed and those who have quit looking also moved higher, from 13.6 percent to 13.8 percent.

The story goes on to quote Moody’s Mark Zandi who called the jobs report “bizarre,” and said that he “wouldn’t be surprised if this gets revised to some degree…down.” So much for the downward revision to come “unexpectedly,” which is the word Reuters uses to describe the recent drop in U.S. consumer confidence:

The Thomson Reuters/University of Michigan’s preliminary reading on the overall index of consumer sentiment fell to 72.0 in November, its lowest since December 2011. That was lower than both October’s final reading of 73.2 and the 74.5 economists had expected this month.

Lower-income households in particular worried about their future financial state.

Lower-income households are right to be worried, in particular and in general — because their prospects aren’t looking so good. Consumer spending slowed last month on a “deceptively weak” GDP report. A big chunk of last quarter’s GDP growth was business inventories increasing on weak demand, and weak imports — another sign of weakening demand — also made growth appear bigger than it actually was.

The reason can best be summed up by Matt Nesto’s jobs story for Yahoo Finance:

“It’s a weird report” says Zachary Karabell, the head of global strategy at Envestnet and founder of River Twice Research in the attached video. “It’s people tending bar. It’s lower wage retail jobs. It’s lower wage health services jobs” that the economy is creating, and “a lot of these are not particularly well paid and they don’t have a great future.”

And that’s a problem. Not only for the 14-million American who are still out of work and looking to get hired, but more broadly, it undercuts the entire economy.

“If you’re earning $18,000 a year as a bartender, that’s not going to translate into massive consumer spending,” Karabell says.

How does that bartender compare with a bartender from last year? He’s not really doing any better at all. BLS reports that wages were 1.7% higher than last year, but that prices rose 1.6% during that same timeframe. That raise of one-tenth of one percent isn’t likely to result in a robust Christmas shopping season.

Of course, that $18k bartender might be feeling pretty lucky compared to the nearly three quarters of a million Americans who simply gave up and left the labor force — just in October. Breitbart.com’s Mike Flynn writes that “this exodus pushed the labor force participation rate down to 62.8%, the lowest level since 1978.” Flynn adds that the number of Americans with jobs actually fell by 735,000 despite the creation of those 204,000 new jobs.

The real fun might begin next month, when Healthcare.gov is supposed to be up and running, and ready to deal with the expected rush of millions seeking new insurance policies before the New Year. Let’s assume that the site is functioning well enough, even if only barely, and that the state exchanges are up and running, too. Millions are going to find themselves facing the twin devils of higher premiums and higher deductibles. That means they’ll take home less pay, and have to sock away more money into savings. The resulting reduction in consumer spending — 70% of the U.S. economy — could be a body blow to our already weak growth.

Or suppose the rush never materializes, since only 22% of the uninsured actually plan on buying ObamaCare policies. That’s the “death spiral” insurers fear, when rising prices force out the young and healthy, leaving them with nobody but the old and sick. At the start of the new year, our economy might just be looking at a collapsing insurance industry, declining consumer spending, rising underemployment, and a shrinking labor force — all at once.

So if you’re lucky enough to be one of the employed and insured and the healthy, be sure to give your bartender a bigger tip. And tell him to make it a double.