The Rise and Fall of Baltasar Garzón

Baltasar Garzón, a high-profile Spanish judge who rose to fame for using the legal doctrine of universal jurisdiction to indict former Chilean dictator Augusto Pinochet, has been disbarred for ordering illegal wiretaps.

The Spanish Supreme Court on February 9 unanimously ruled that Garzón acted illegally when he authorized police to record jailhouse conversations between detainees and their defense lawyers in a political corruption investigation known in Spain as the Gürtel case.

In a 70-page ruling, the court said Garzón’s actions “caused a drastic and unjustified reduction of the right to a defense” and that his tactics “these days are only found in totalitarian regimes.” It barred him from practicing law for the next 11 years. Although prosecutors had originally demanded a 17-year ban, the court’s ruling cannot be appealed and thus effectively ends the judicial career of Garzón, who is 56.

Garzón’s conviction has implications that reach far beyond Spain. Not only does it deprive the global Left of one of its most ambitious legal activists. It also marks the beginning of the end of Spain’s foray into cross-border jurisprudence, which many have described as the politically motivated harassment of select right-leaning foreign leaders, particularly those in Israel and the United States.

Garzón’s legal problems began in October 2008, when Garzón accused the late General Francisco Franco and 34 of his former generals and ministers of crimes against humanity in connection with mass executions and tens of thousands of disappearances of civilians between 1936 and 1952. Garzón also ordered the exhumation of 19 mass graves.

Considering that the Spanish Civil War ended more than 70 years ago, and that Franco died in 1975, few suspects, even if identified, would be alive today to stand trial. But the main objection to Garzón’s probe stemmed from the fact that he decided to limit his investigation only to crimes committed by the right-wing Nationalists (i.e., the Francoists). Garzón’s inquiry did not extend to political crimes committed by the left-wing Republicans (anti-Francoists), which included Marxists, liberals, and anarchists. Republican death squads murdered up to 70,000 clergy, nuns, and ordinary middle class Spaniards in a reign of terror that largely contributed to the rise of Franco.

Garzón’s supporters say Spain needs an honest accounting of its troubled past and they view his probe as a long-overdue indictment, even if only a symbolic one, of the Franco regime. But the one-sided nature of Garzón’s probe sparked outrage among Spanish conservatives. They accused the judge (who in 1993 took a leave of absence to run for a seat in Spanish parliament as a member of the Socialist party, but returned to the bench in anger only a year later after he was passed over for Justice minister) of political grandstanding and pursuing a personal vendetta against them.

After several conservative groups filed complaints against Garzón for not applying the law equally, the Supreme Court appointed Judge Luciano Varela to examine the case. In a 14-page ruling, Varela concluded that Garzón had manipulated the course of justice by knowingly violating a 1977 amnesty law that shields all sides, including members of the Franco dictatorship, from legal persecution. Moreover, a 2007 Law of Historical Memory explicitly gave the lower courts (and not Garzón’s high court) jurisdiction over locating and digging up the mass graves that still dot the Spanish countryside.

Varela charged that Garzón, in order to get around these restrictions, tried to create law rather than administer it. “Aware of his lack of jurisdiction and that the crimes reported lacked penal relevance when the proceedings began, [Garzón] built a contrived argument to justify his control of the proceedings he initiated,” Varela wrote in his ruling. 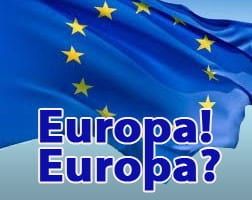 Garzón denied any wrongdoing and defended his probe as legitimate. But even some of his admirers say vanity is the fatal weakness of an ambitious man. Many observers believe that Garzón had come to view himself as an “exceptional” judge, not bound to the laws and constitution of Spain, as are other judges. His arrogance, they say, made him become increasingly prone to overreaching his authority.

Garzón jumped to international fame as a leading proponent of Spain’s doctrine of universal jurisdiction, which holds that crimes like torture or terrorism can be tried in Spain even if they are alleged to have been committed elsewhere and have no link to Spain.

In 1998, Garzón had former Chilean dictator Augusto Pinochet arrested during a visit to London, although Britain ultimately refused to extradite him to Madrid for trial. In the years that followed, Garzón used the principle of universal jurisdiction to go after current or former government officials such as former U.S. Secretary of State Henry Kissinger, former Italian Prime Minister Silvio Berlusconi, and around 100 leaders of the 1976-1983 military junta in Argentina.

At one point, Garzón and his colleagues were pursuing more than a dozen international investigations into alleged cases of torture, genocide, and crimes against humanity in places as far-flung as Colombia, Tibet, and Rwanda. Most of these cases had had little or no connection to Spain and critics accused Garzón of interpreting the concept of universal jurisdiction too loosely.

Calls to rein in the judges increased when Spanish magistrates announced probes involving Israel and the United States. In January 2009, Spanish National Court Judge Fernando Andreu said he would investigate seven current or former Israeli officials over a 2002 air attack in Gaza. In March of that year, Garzón said he would investigate six Bush administration officials for giving legal cover to torture at the American prison at Guantánamo Bay, Cuba. That May, another Spanish high-court judge, Santiago Pedraz, said he would charge three U.S. soldiers with crimes against humanity for the April 2003 deaths of a Spanish television cameraman and a Ukrainian journalist. The men were killed when a U.S. tank crew shelled their Baghdad hotel.

In any case, Garzón and his colleagues have been highly selective about the cases they pursue. For example, they have never attempted to prosecute any Palestinian terrorists for war crimes. Nor have they had much zeal for investigating crimes against humanity in Chechnya or Darfur. Nor have they prosecuted any of the suspected Nazi war criminals who sought refuge in Spain after the end of World War II.

In 2009, Attorney General Cándido Conde-Pumpido asked Garzón to shelve his case against the Americans and warned of the risks of turning the Spanish justice system into a “plaything” for politically motivated prosecutions. Rather than heeding that advice, Garzón redoubled his efforts to pursue U.S. officials suspected of authorizing and carrying out the alleged torture of four inmates at Guantánamo Bay.

Concerned that Spain’s judicial system was being hijacked by left-wing groups out to pursue political vendettas (and that Spain’s media savvy judges were more interested in scoring political points than in upholding the law), the Spanish parliament in 2009 passed a bill to narrow the scope of the universal jurisdiction law to cases in which the victims of a crime include Spaniards or the alleged perpetrators were in Spain.

But old habits die hard. In January 2012, Garzón’s successor, Judge Pablo Rafael Ruz Gutiérrez, reactivated the investigation into the alleged torture of detainees at Guantánamo Bay. In a 19-page ruling, Ruz said he would seek additional information in the case of the four Guantánamo captives, who have since been released, but who allege they were humiliated and subjected to torture while in U.S. custody.

Garzón’s friends on the left, both inside Spain and abroad, have expressed outrage that the “crusading human rights judge” was hoist with his own petard. In a rather hysterical editorial, the New York Times, for example, described the Spanish high court ruling as an “appalling attack on judicial independence.”

Not everyone agrees. Spanish Justice Minister Alberto Ruiz-Gallardón said the ruling demonstrated “the normal functioning of our institutions.” Esperanza Aguirre, the head of Madrid’s center-right regional government, said “it is a happy day for the rule of law.”

Henry Kissinger once warned that “universal jurisdiction risks creating universal tyranny–that of judges.” In Spain, the judges, led by Garzón, have been responsible for their own undoing.