Why Is (Pacifist) Spain Selling Cluster Bombs to Libya?

As Europe’s war with Libya enters its second month, reports are emerging that forces loyal to Libyan strongman Muammar Gaddafi have used cluster bombs in their siege of Misrata, the only rebel-held city in western Libya.

Cluster bombs are air-dropped or ground-launched explosive weapons that eject dozens (and sometimes hundreds or even thousands) of smaller bomblets that are contained within it over a wide swath of territory. The most common types of cluster bombs are designed to kill enemy personnel and destroy armoured vehicles, but other varieties are used to destroy runways, electric power transmission lines, disperse chemical or biological weapons or to scatter land mines.

Because cluster bombs cannot be fired precisely, they are defined as indiscriminate weapons. As such, they place civilians at grave risk, especially when the weapons are fired into populated areas. Cluster bombs are also notorious for leaving behind a large number of unexploded bomblets that are costly to locate and remove and often kill or maim civilians years or even decades after a conflict has ended.

Concern over the harm and risks that cluster bombs pose to civilians led to the adoption in May 2008 of the Convention on Cluster Munitions, an international treaty that prohibits the use, transfer and stockpile of cluster bombs. The treaty entered into force on August 1, 2010, and it has now been signed by 108 states and formally ratified by 56. Libya (like the United States) is not a signatory to the convention. But Spain is.

As it turns out, expended shell casings of the cluster bombs used by Libyan forces show them to be MAT-120 cargo mortar projectiles, each of which distributes 21 bomblet sub-munitions designed to kill and to penetrate light armour. According to the markings, components from the 120-millimeter rounds were manufactured in Spain in 2007.

Spain did not sign the Convention on Cluster Munitions until 2008 and therefore did nothing illegal by providing Gaddafi with his stockpile of cluster bombs. But considering that the Socialist government of Spanish Prime Minister José Luis Rodríguez Zapatero has for years been fervently preaching the gospel of pacifism, the arms sales to Libya are rank hypocrisy. 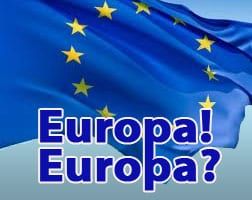 Since taking office in 2004, Zapatero has worked overtime to craft his public persona as a “convinced pacifist.” His first official act as pacifist-in-chief was, famously, to withdraw Spanish troops from Iraq. That decision was not only wildly popular with Spanish voters, but it also cemented Zapatero’s pacifist credentials on the world stage.

After facing a barrage of criticism from non-pacifists at home and abroad that his Iraq policy amounted to appeasing Islamic terrorists, Zapatero reluctantly deployed extra troops to the NATO mission in Afghanistan. But just in case that deployment might cast doubt on his commitment to pacifistic ideals, Zapatero dictated strict rules of engagement that forbid Spanish troops in Afghanistan from using lethal force, a “caveat” that to this day renders useless their presence in the country.

In his first speech to the United Nations General Assembly, Zapatero shed some light on his pacifist vision for achieving world peace. Using the flowery post-modern verbiage for which he is now famous, Zapatero declared: “Culture is always peace.” In case his message was unclear, Zapatero followed up by telling Time magazine that “sexual equality is a lot more effective against terrorism than military strength.”

Zapatero has also been careful to appoint only pacifists as Spanish ministers of defense. Zapatero’s first defense minister, the controversial José Bono Martínez, proclaimed: “I am a minister of defense and I would rather be killed than to kill.” He then issued orders prohibiting Spanish troops in Afghanistan from harming Taliban fighters.

Zapatero’s second minister of defense, José Antonio Alonso Suárez, believed it was his job to demilitarize the Spanish military and to turn the newly disarmed forces into an NGO-like humanitarian organization instead. To achieve his vision, he purged from the senior ranks of the Spanish military those officers who refused to abandon the silly belief that the main mission of the military should be to defend Spanish sovereignty.

During her swearing-in ceremony, Zapatero’s third (and current) defense minister, Carme Chacón, proudly proclaimed: “I am a pacifist, as are the armies of the 21st century.” Again: “I am a pacifist woman, and the Army is also pacifist.” Her biggest achievement as Spain’s pacifism minister has been to unilaterally withdraw Spanish troops from the NATO-led KFOR peacekeeping mission in Kosovo. “Mission accomplished. It’s time to go home,” she declared, cementing Spain’s image as an unreliable military partner.

While publicly talking up the virtues of pacifism, however, Zapatero has privately been busy selling Spanish weapons to whoever will buy them. Spanish arms sales have skyrocketed by more than 150 percent during Zapatero’s tenure and Spain emerged as the world’s sixth largest supplier of weapons on 2010, after the United States, Russia, Germany, France and Britain. (Spain exported €907.6 million in weapons during the first half of 2010, compared with €400 million for all of 2005.)

The destination of Spanish weapons says much about the genuineness of Zapatero’s pacifistic convictions. Data show that the increase in Spanish arms sales is not primarily to other European or Western countries, but rather to distinctly non-pacifist developing countries such as China, Cuba, Iran, Libya and Venezuela.

In fact, more than 50 percent of Spanish arms exports go to countries involved in regional conflicts or that do not respect human rights, according to Amnesty International. Spain is also the largest exporter of weapons to one of the most conflict-ridden parts of the world, namely sub-Saharan Africa, according to Intermón Oxfam. The Zapatero government sold weapons to at least 17 so-called sensitive countries in conflict, even though such exports are expressly prohibited by Spanish and European law, according to Greenpeace España.

One of Zapatero’s biggest-ever arms deal has been with Hugo Chávez, the Socialist dictator of Venezuela. (Considering that Spain languished under a dictatorship for almost 40 years and only recently became a democracy, selling weapons to Venezuela could be viewed as rather unseemly, until one remembers that Zapatero believes that only right-wing dictatorships are repugnant; left-wing regimes and Islamic tyrants, on the other hand, are fellow travellers in the quest for Socialist utopia.) In response to critics, Zapatero has defended the €1.7 billion ($2.5 billion) contract in classically post-modern terms: he says the deal is a “business transaction with pacific weapons.”

In the case of Libya, Gaddafi was one of Zapatero’s best friends in the Maghreb up until just recently. In fact, the Spanish Socialist invited the Libyan despot to Madrid for a state visit in December 2007. Gaddafi returned the favour by promising to provide an economically ailing Spain with loans and investments valued at $17 billion. In exchange, Zapatero pledged to sell Gaddafi $2 billion worth of weapons, according to an American diplomatic cable that was obtained and recently released by Wikileaks.

Since then, Spanish arms exports to Libya have surged by more than 7,000 percent. Official statistics show that in 2008, Spain exported €3.8 million ($5.5 million) worth of “bombs, torpedoes, rockets and missiles,” including the now famous cluster bombs.

In January 2009, Spanish King Juan Carlos travelled to Libya in search of business opportunities for Spanish energy companies. In June 2010, Zapatero travelled to Libya in search of infrastructure projects in Libya. In a display of mutual affection, Zapatero also shared tea with Gaddafi in a desert tent on the outskirts of Tripoli, where the two leaders discussed the “injustice suffered by the Palestinian people” at the hands of Israel.

Just six months later, in what can only be described as a politically expedient reversal, Zapatero turned on Gaddafi. Spain is mired in the worst recession in its modern history. The country has a jobless rate of more than 20 percent, the highest in the industrialized world. With nearly five million Spaniards on the dole, a spiralling national debt, and a Socialist government with no viable strategy to avoid an economic meltdown, many analysts believe Spain is headed for a Greek-style bankruptcy.

But what is driving the increase in Spanish arms sales? Spanish jobs, of course, and by extension, Zapatero’s job. Zapatero is working overtime to shield the Spanish defense sector — which is valued at €4 billion ($6 billion) and employs around 20,000 workers — from the effects of Spain’s financial crisis.

As budget austerity measures have made it increasingly impossible for the government to absorb its own regular demand for weapons, Zapatero has been busy looking for alternative export destinations. In October 2010, for example, Zapatero signed the biggest arms deal in Spanish history: A €3 billion weapons contract with Saudi Arabia.

Of course, Spain has the right to sell its weapons to whosoever it chooses. But the arms export data confirms, once again, the sham that is Zapatero’s post-modern morality, where “cherished” principles are tossed to the wind whenever they are not economically convenient.