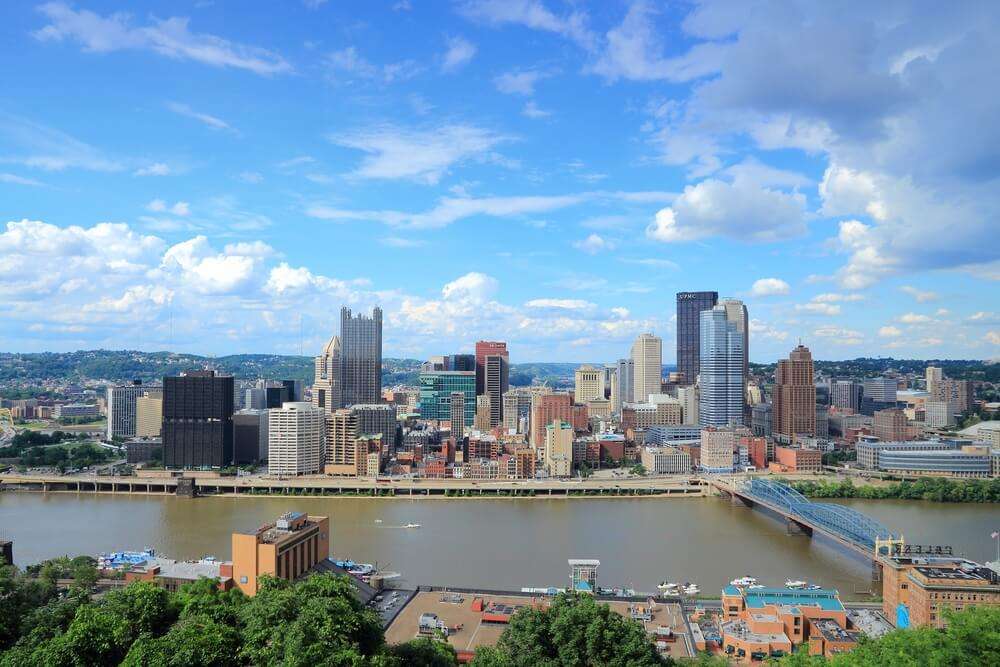 Pittsburgh City Councilman Corey O’Connor is one of the local politicians in America’s city halls who are increasingly going where their national counterparts fear to tread.

O’Connor successfully sponsored an ordinance to force businesses in Pittsburgh to give their workers sick days, and another bill to encourage those same business owners to bump up the minimum wage to $10.10 on their own.

His sick-day ordinance, which was approved Aug. 3, allows people who work at businesses with at least 15 employees to bank one hour of paid sick leave for every 35 hours worked up to a maximum of 40 hours of sick leave.

People who work at smaller businesses could accrue up to 24 hours of sick leave the same way.

Celebrating his victory on the sick-day legislation, O’Connor wrote on his Facebook page, “With this ordinance, Pittsburgh workers will no longer have to choose between recovering from being sick and missing a day’s pay.”

O’Connor is the first to admit his mandatory sick-day ordinance was not the first in the nation. Actually, it’s more like the 20th in the U.S. and the second in Pennsylvania. Philadelphia did it first.

O’Connor believes it is as important to look at where sick-day legislation is coming from as it is to examine the proposals themselves.

“Most of the discussions on how we change not only the state but the nation come from local governments,” he told PJM. “We want to be a leader and that is why we took a stand on this.”

O’Connor said he also took advantage of lessons learned by others who had gone before him with mandatory sick-day proposals.

Before proposing the idea, O’Connor said he spoke with his peers in other communities that had passed similar proposals. He not only talked to people like him, who were in favor of the idea of municipally mandated sick days, but also those who initially opposed the idea.

O’Connor said many of those who spoke out against mandatory sick leave recanted a year later, saying they found it didn’t have the negative impact they had feared and it actually brought positive attention to their cities.

The latter is already happening in O’Connor’s hometown.

“We are getting calls from people who were thinking of leaving Pittsburgh, but who now say this is enticing them to stay,” he said.

This is not to say that everyone in Pittsburgh, Philadelphia or Pennsylvania agrees with O’Connor and the idea of mandatory sick days.

“If this is successfully challenged in court,” Harris told the Pittsburgh Post-Gazette, “it’s going to be a costly mistake that the taxpayers will have to fund.”

Councilman Daniel Lavelle is “highly concerned,” the Post-Gazette reported, that the ordinance will hurt the growth of small businesses in Pittsburgh.

This could all be for naught. State legislation has been proposed to block the Pittsburgh and Philadelphia sick-day ordinances.

O’Connor admitted that if his opponents are successful, they could make this debate moot. But he said this is, at the very least, is a good conversation to have.

If O’Connor is willing to use a stick to bring Pittsburgh businesses into line with his thinking on the issue of granting their employees sick days, he is also willing to use the carrot of free advertising to incentivize them to raise their minimum wage.

Pittsburgh businesses that agree to bump their minimum wage from $7.25 to $10.10 can now get their logos and promotions emblazoned on bus shelters and other “city assets.”

O’Connor said they talked to business owners in Pittsburgh about this idea, especially small-business owners just like they did with the sick-day legislation.

It took about 90 days for the Pittsburgh Mayor’s Office to write the bill. Eight businesses signed up initially and agreed to raise their minimum wage in exchange for free publicity.

O’Connor said city officials are talking to the eight business owners now about which bus shelters should be used for their promotions.

Pittsburgh City Council is on recess until the fall. O’Connor is hoping successful promotions for one or two of the businesses that have signed up will attract others to the $10.10 movement.

As was the case with his sick-day ordinance, O’Connor admits he is not breaking totally new ground with this move to bump up wages in Pittsburgh. More than a few cities either have, or are considering, ordinances that would mandate a minimum wage of $15.

In fact, Pennsylvania Sen. Daylin Leach (D) wants everyone in the Quaker State to earn at least $15 an hour.

“An economy that forces full-time workers to toil in poverty is clearly in need of repair. While corporations shower their executives with extravagant bonuses, lavish benefits and golden parachutes, they force their own employees to supplement meager wages with government assistance programs, all at the taxpayers’ expense,” said Leach. “It’s time for employers to pay their fair share and for workers to get a fair shake.”

O’Connor doesn’t disagree with the sentiment, but points out his idea followed meetings with business owners, especially small-business owners.

He said it would accomplish basically the same thing, admittedly with a $5 an hour difference, but it would still raise wages.

But what’s most important, in his opinion, is that “we’re attracting people to the city of Pittsburgh because of this (minimum wage) and the sick-day ordinances, as well as sending a message to the state and federal government that this is a movement they should start talking about.”