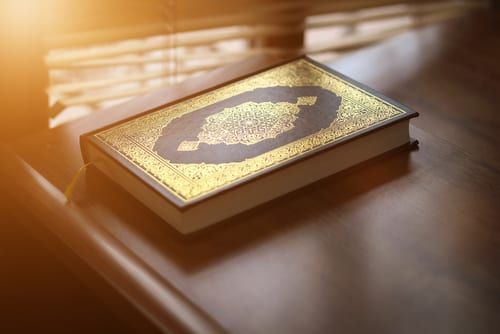 Nihad Awad of the Hamas-linked Council on American-Islamic Relations (CAIR) has claimed that “research has shown that anti-Islam prejudice goes down when people interact with ordinary Muslims and have greater knowledge of Islam.” Accordingly, he says, “it might also be a good idea for Americans of other faiths to borrow a Quran from a Muslim friend, neighbor or co-worker. In that way, knowledge may be increased as bonds of friendship are formed.”

Awad is right. Americans should read the Quran. If they did, they would find that it makes sense of a great many recent events that might otherwise remain inexplicable, bereft of clear motive or purpose.

5. The kidnapped aid workers in Syria.

It was revealed Thursday that two young aid workers from Italy, Greta Ramelli, 20, and Vanessa Marzullo, 21, were kidnapped in Aleppo by Islamic jihadists. Western non-Muslim analysts routinely cite such stories as evidence of the evil of the jihadis — or else as evidence of how self-defeating their jihad is, if they would even try to drive out of their lands the people who have come there to help.

But the Quran makes the reasoning behind the abductions clear. Islam’s holy book directs Muslims to wage war against unbelievers, killing them by beheading and taking captives who may then be freed or ransomed: “Now when ye meet in battle those who disbelieve, then it is smiting of the necks until, when ye have routed them, then making fast of bonds; and afterward either grace or ransom till the war lay down its burdens” (47:4).

Islamic law has elaborated from these passages four options for the treatment of captives:

As for the captives, the amir [ruler] has the choice of taking the most beneficial action of four possibilities: the first, to put them to death by cutting their necks; the second, to enslave them and apply the laws of slavery regarding their sale and manumission; the third, to ransom them in exchange for goods or prisoners; and fourth, to show favor to them and pardon them. Allah, may he be exalted, says, “When you encounter those [infidels] who deny [Islam] then strike [their] necks” (Qur’an sura 47, verse 4) (Abu’l-Hasan al-Mawardi, The Laws of Islamic Governance).

The decision as to what is “most beneficial” is made on the basis of what is most beneficial for Islam. But whatever decision is made, under Islamic law, the abductions themselves are not crimes. Two naïve young Italian girls in a jihadist-controlled area of Syria – from the jihadist perspective, there would be no downside to abducting them. The only possible negative effect could be a suspension of Western aid, but jihad groups watch the West closely, and know by now that there is essentially nothing they can possibly to do stop that aid from flowing. 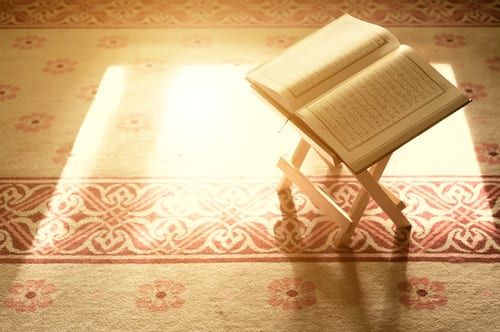 A Yazidi woman, Nofa Barakat, explained last week why she and thousands of other Yazidis had fled the area of Iraq controlled by the Islamic State: “We came here because the terrorists said, ‘Either you convert to Islam or we slaughter you.’”

This has been widely reported as the height of barbarity, and that it certainly is. It’s “extremism,” we’re told, but no one seems interested in explaining how this “extremism” became so widespread. Doesn’t the Quran say that “there is no compulsion in religion” (2:256)? Indeed it does, but it also says that Muslims must fight unbelievers until “religion is all for Allah” (8:39). And it repeats three times that Muslims should “slay them” wherever they’re found (cf. 2:191; 4:89; 9:5).

The Quran says that Muslims must fight against the “People of the Book” – Jews, Christians, and others who are considered to have received previous revelations from Allah – until they “pay the jizya with willing submission and feel themselves subdued” (9:29). That option of submission and subjugation, however, is not open to groups that have no written revelation that could qualify them for “People of the Book” status. Hence for the Yazidis, convert or die are the only Quranic options open for them. 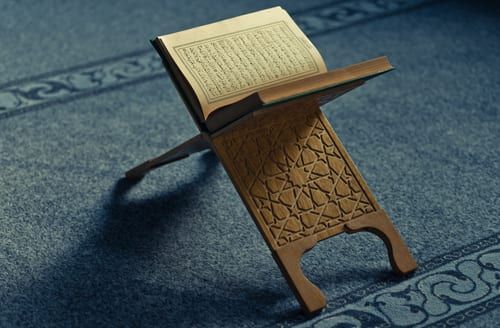 Sabah Hajji Hassan, a 68-year-old Yazidi, in recounting the recent jihad massacres of his people, noted that “the worst killings came from the people living among us, our [Sunni] Muslim neighbors….The Metwet, Khawata and Kejala tribes – they were all our neighbours. But they joined the IS, took heavy weapons from them, and informed on who was Yazidi and who was not. Our neighbours made the IS takeover possible.”

Two weeks earlier, a Christian refugee from Mosul said much the same thing: that his Sunni Muslim neighbors “said that this land belongs to Islam and that Christians should not live there…We left Mosul because ISIS came to the city. The [Sunni] people of Mosul embraced ISIS and drove the Christians out of the city. When ISIS entered Mosul, the people hailed them and drove out the Christians.”

There are innumerable other examples of this phenomenon, such as Tamerlan Tsarnaev’s 9/11/11 throat-slitting murder of his Jewish “best friend.” In September 2013, Christians in Maaloula, Syria, said that their Muslim neighbors had aided jihad attacks against them. And in July 2014, Christian refugees from Mosul said that their Muslim neighbors had helped drive them out of the city.

An anecdote from the Ottoman Empire in the late nineteenth century:

Then one night, my husband came home and told me that the padisha had sent word that we were to kill all the Christians in our village, and that we would have to kill our neighbours. I was very angry, and told him that I did not care who gave such orders, they were wrong. These neighbours had always been kind to us, and if he dared to kill them Allah would pay us out. I tried all I could to stop him, but he killed them — killed them with his own hand. (Sir Edwin Pears, Turkey and Its People)

What could account for this? An overriding loyalty, delineated in the Quran: “O you who have believed, do not take the Jews and the Christians as allies. They are allies of one another. And whoever is an ally to them among you – then indeed, he is one of them. Indeed, Allah guides not the wrongdoing people.” (5:51) This extends even to family members: the Quran says that Abraham gives an “excellent example” to Muslims when he tells his pagan family that there is now “enmity and hatred” between them and him until they worship Allah alone (60:4). And: “O you who have believed, do not take your fathers or your brothers as allies if they have preferred disbelief over belief. And whoever does so among you – then it is those who are the wrongdoers” (9:23).

And so when the local Muslim leadership calls on Muslims to act on those hatreds, they will find some who will obey. 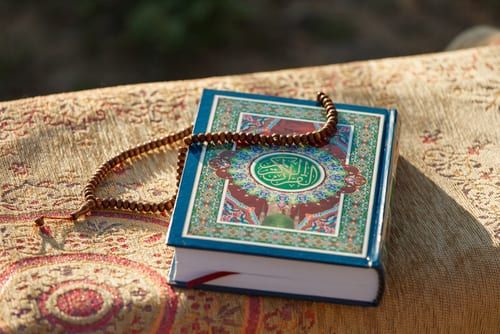 2. The joy in beheading.

The world was shocked last week when Khaled Sharrouf, a Muslim from Australia who is now waging jihad in Syria, published on Twitter a photo of his seven-year-old son holding up a severed head. Sharrouf’s caption for the photo was, “That’s my boy.” Lost amid this outrage over this photo, however, was an awareness of how common this sort of thing has become. Numerous photos have been published recently of jihadis gleefully posing with severed heads. Not to be outdone, a Muslim from Britain, Abdel-Majed Abdel Bary, published a photo of himself holding up a severed head with the legend, “‘Chillin’ with my homie or what’s left of him.”

Savagery? Absolutely. Extremism? Only if one is unaware of this Quranic directive: “When you meet the unbelievers, strike at their necks…” (47:4).

If beheading is a divine command, why should it be carried out with revulsion or disgust – or anything at all except joy? 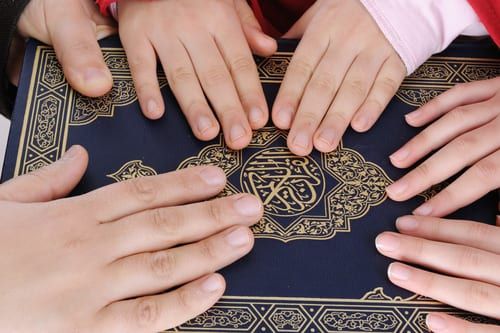 1. The worldwide increase in antisemitism.

With pro-Palestinian demonstrators openly repeating genocidal jihad chants and Jews being threatened and brutalized in the U.S. and Europe, we are in the midst of the worst resurgence of antisemitism worldwide since the suicide of Adolf Hitler. And it is being fueled by Palestinian jihad propaganda against the state of Israel — but when demonstrators rail against and threaten Jews (not just Israelis), it is clear that more is involved here than just opposition to Israeli policies.

The Quran says that the Jews are “the most intense of the people in animosity toward the believers” (5:82) and have been “put under humiliation wherever they are overtaken” (3:112). If Allah has put them under humiliation, why should pro-Palestinian Muslim demonstrators treat them with any respect?

The more familiar one is with the Quran, the easier it becomes to understand all the actions of Islamic jihadists. But the Quran is the main book that the United States intelligence and law enforcement apparatus is determined, as a matter of policy, not to examine for whatever light it might possibly shed on jihadists’ actions. And so intelligence and law enforcement officials will continue to stumble about in darkness.