In Nigeria, Syria, Iraq, Kenya, Somalia and elsewhere, Islamic jihadists are more aggressive and audacious than ever – but the denial about who they are and what they hope to accomplish is thicker than ever.

Counter-jihadists are in the position reminiscent of Henrik Ibsen’s An Enemy of the People. This play tells the story of Dr. Thomas Stockmann, who lives in a small town in Norway that is visited by people from far and wide because of its baths, which are said to have healing properties. Because of the baths, which Stockmann has championed, the town is growing and prospering. But then Stockmann discovers, to his surprise, that the baths are, in fact, not only not medicinal, but contaminated, and are making those who bathe in them ill.

The town, however, will not hear of it, and instead of hailing Stockmann as a hero, they brand him an enemy of the people, and continue on the path to disaster.

So it is today. Those who speak the truth about the nature and magnitude of the jihad threat are shunned by the mainstream, derided as fringe characters, and vilified as bigots and racists. And those who retail pleasing falsehoods about the jihad threat, or ignore its existence altogether, are in positions of power and influence.

Here are five new signs of the prevalence of myopia regarding jihad, and its deleterious consequences.

5. Prof: U of Calgary ignored warnings about “radicalization” of Muslim students

With a Muslim from Calgary, Farah Mohamed Shirdon, waging jihad in Iraq with the Islamic State of Iraq and the Levant (ISIL), a former University of Calgary professor of religious studies, Aaron Hughes, says that for years he was concerned about Muslims on campus becoming jihadis, but that university officials were uninterested.

“I was very much bothered by the conservative nature of the Muslim student body,” Hughes recounts. “I was definitely aware of the potential for radicalization on campus. That is another venue in which potential radicalization could occur, so not just at mosques, but also on campus.” However, “I had been mentioning the conservative nature of these students and the university; they just weren’t interested in it.”

Hughes was also annoyed with these “conservative” students because they professed to know what Islam was all about: “They made teaching Islam from an objective perspective very difficult because they knew what the ‘real’ Islam was. Of course they didn’t.” Or maybe they did, but this professor, certain that Islam was a Religion of Peace, was sure that they were actually misundertanders of Islam, no matter how pious they were and how much Qur’an they knew.

In any case, university officials disregarded Hughes’s warnings about these students. They knew Islam was a Religion of Peace as well. The prospect that there could be jihadis on campus was no doubt inconceivable to them.

4. Lawyer for Muslim who tried to join jihad says he engaged only in “nonviolent terrorism”

Mohamed Hassan Hersi, a Muslim in Toronto, has been convicted of trying to join the jihad terror group al Shabaab. Canadian prosecutors want him to serve ten years in prison, but his defense attorney has argued that he should serve only four years, since he was engaged only in “non-violent terrorism.”

In response to this, Crown attorney Jim Clark displayed a bit of the common sense that is usually so lacking in such matters. “I don’t know what non-violent terrorism is,” he said. “All terrorism is inherently violent.”

Indeed. The phrase “nonviolent terrorism” is as meaningless as another recent coinage, “moderate Islamist.” These phrases are invented as Western officials become contortionists, twisting themselves into pretzels trying to avoid facing the reality of jihad.

3. CIA officer: We had no idea ISIL would seize Iraqi cities

A former CIA officer, John Maguire, has said that the CIA did not foresee the advance of ISIL. “This is a glaring example,” he said, “of the erosion of our street craft and our tradecraft and our capability to operate in a hard place. The U.S. taxpayer is not getting their money’s worth.”

John Maguire doesn’t say it, but another reason why the CIA was completely wrongfooted by ISIL’s advance was because the Obama administration has completely deemphasized the jihad threat, and pretended that al Qaeda was the only jihad group. An obscure offshoot of al Qaeda in a country Obama was anxious to forget was not likely to be the object of serious analysis.

2. UK counter-terror chief: Some Muslims “too accepting of radical views,” in many cases “extremists” not reported to authorities

The Daily Mail reported that the Metropolitan police’s assistant commissioner, Cressida Dick, “said there were many cases where ‘warning signs’ about extremists were not brought to the attention of authorities. She also indicated some Muslims were too accepting of radical views, saying it was the police’s ‘greatest challenge’ to make them ‘wholly hostile to violent extremism.’”

Why is that the police’s responsibility? Isn’t it a core assumption of British policymakers that Muslim communities in the UK wholeheartedly reject “violent extremism,” except for a tiny minority of misunderstanders of Islam? Does Cressida Dick assume that “violent extremism” is caused by police actions — counter-terror actions — and thus can and should be ended by police modifying their behavior?

This is yet another manifestation of the willful ignorance of British authorities regarding the nature and magnitude of the jihad threat. Of course the obvious reason why some “extremists” were not brought to the attention of authorities and why some Muslims are “too accepting of radical views” is because they are sympathetic to those views and regard them not as “extremist” Islam but as Qur’anic Islam. But that is something that British authorities do not dare consider. 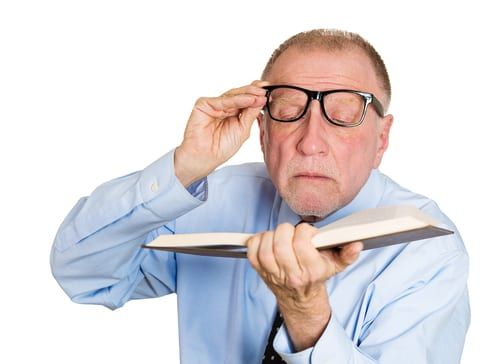 1. “Middle East security analyst”: rise of global jihad “has nothing to do with Islam”

The Daily Mail also quoted Andreas Krieg, a Middle East security analyst at King’s College London in Qatar, absolving Islam of blame for the current global crises involving Islamic jihadists. “All the empirical evidence shows that it is on the rise,” he acknowledged. “You’re seeing it in all the headlines, then you’re looking at Iraq, you’re looking at Syria, you’re looking at Nigeria.” However, “in all three cases this has nothing to do with Islam. I think people in the West may think it is because they feel alienated by Islam. There is a lot of Islamaphobia.”

Krieg added: “When communities become disenfranchised – and lot of them are Muslim – they use Islam to further their particular cause. They adhere to a radical interpretation of Islam, but it has nothing to do with the religion.”

How could a “radical interpretation of Islam” have “nothing to do with the religion”? How is it that these groups that uniformly explain and justify their actions on the basis of Islam have nothing to do with Islam? How is it that a group that calls itself the Islamic State of Iraq and Levant and another that calls itself the Congregation of the People of the Sunnah for Dawah and Jihad have nothing to do with Islam? Why is it that study after study has shown that jihadis are actually generally wealthier than their peers, and yet Krieg asserts that the jihadis are “disillusioned by austerity” and thus turn to Islam?

Why is it also that this palpable nonsense gets printed in the mainstream media without a murmur of dissent? Why does the Daily Mail quote only Krieg and no one who looks at the available evidence and says that the rise of the global jihad has everything to do with Islam? Why does the Daily Mail not ask Krieg to give anything more than the barest explanation for his counterfactual claims? Why does the mainstream media always rush to exonerate Islam of all responsibility for the ever-mounting number of atrocities done in its name and inspired by its texts and teachings, instead of confronting the ideology that jihadis say motivates and inspires them and formulating positive and effective ways to limit its power to incite to violence?

Unless and until this self-imposed myopia is cured, and as long as counter-jihadists remain enemies of the people, there will only be more jihad attacks.