Algerian Jihadists Wanted to 'Teach the Americans What Islam Is'

At the height of the hostage crisis in Algeria, one of the kidnappers explained: “We’ve come in the name of Islam, to teach the Americans what Islam is.” As of Sunday evening, this exercise in religious education had claimed eighty-one lives and left BP’s natural gas plant in Algeria in a state of ruin, booby-trapped with mines and explosives.

Further indication of the hostage-taker’s mindset came from one Algerian who escaped and later recounted: “The terrorists told us at the very start that they would not hurt Muslims but were only interested in the Christians and infidels. We will kill them, they said.” According to the Telegraph, “They allowed locals to go free, saying they did not want to hurt Muslims. Some locals were forced to recite parts of the Koran to prove they were Muslims.”

Clearly the hostage-takers’ religion was important – indeed central – to their motives and goals for undertaking this savage attack; yet mainstream media coverage has followed the usual patterns, downplaying or ignoring outright what the attackers said about what they were hoping to accomplish, since these statements lead to questions about Islam that they would prefer not be asked.

Yet they must be asked: we have now in the last few months seen bloody massacres carried out in the name of Islam in at this natural gas plant and at the U.S. consulate in Benghazi; a brutal Sharia regime come to power in northern Mali; and escalating persecution of Christians in Egypt, Pakistan, and Nigeria. Muslim spokesmen and groups in the U.S. routinely dismiss concerns about such things by asserting that their view of Islam, and that of Muslims in the U.S. and the vast majority of Muslims worldwide, is completely different from that of the Muslims who perpetrate these attacks, and that therefore anyone who wonders if such violence in the name of Islam will ever become commonplace in the U.S. is simply “Islamophobic” and hateful.

Maybe so. Certainly this line has so thoroughly convinced government, law enforcement, and media elites that no discussion or dissent is permitted anymore from these claims, as if they were hallowed religious dogma. Nonetheless, it is ill-advised not to take the trouble to understand one who is determined to destroy you. The hostage-takers in Algeria said they wanted to teach Americans what Islam is. It would be foolish, and ultimately fatal, not to consider exactly what message they wanted us to get about Islam.

The core of the message may be found in a statement attributed in Islamic tradition to Muhammad, the prophet of Islam:

I have been ordered (by Allah) to fight against the people until they testify that none has the right to be worshipped but Allah and that Muhammad is Allah’s Apostle, and offer the prayers perfectly and give the obligatory charity, so if they perform that, then they save their lives and property from me except for Islamic laws and then their reckoning (accounts) will be done by Allah. (Bukhari 1.2.24)

Muhammad must fight against people until they confess that Allah is the only god and Muhammad is his messenger, and if they do, their lives and property are safe from him – in other words, if one does not confess that there is no god but Allah and Muhammad is prophet, one’s life and property are not safe from the Muslims. In taking hostages in the first place, moreover, the jihadis were on firm Islamic ground: kidnapping infidels and later deciding to kill them is fully sanctioned in Islamic law. “As for the captives,” says the Islamic jurist al-Mawardi’s Laws of Islamic Governance,

the amir [ruler] has the choice of taking the most beneficial action of four possibilities: the first to put them to death by cutting their necks; the second, to enslave them and apply the laws of slavery regarding their sale and manumission; the third, to ransom them in exchange for goods or prisoners; and fourth, to show favor to them and pardon them.

Al-Mawardi then quotes the Koran: “When you meet the unbelievers, smite their necks, then, when you have made wide slaughter among them, tie fast the bonds; then set them free, either by grace or ransom, till the war lays down its loads.” (47:4)

What are Infidels to make of all this and much more in the Koran and Islamic tradition, theology, and law enjoining violence against non-Muslims? That Muslims exist who may not believe or act upon these teachings is fine, but it does not cancel or mitigate the fact that Muslims obviously exist who do believe and act upon these teachings. It is astounding that eleven years after 9/11, I would have to point out yet again that the Muslims who disclaim any allegiance to this bloody and brutal Islam are doing nothing to stop its spread among Muslims worldwide – and that non-Muslim authorities maintain a state of blissful denial. As long as this continues, there will be many more jihad attacks like this one in Algeria. 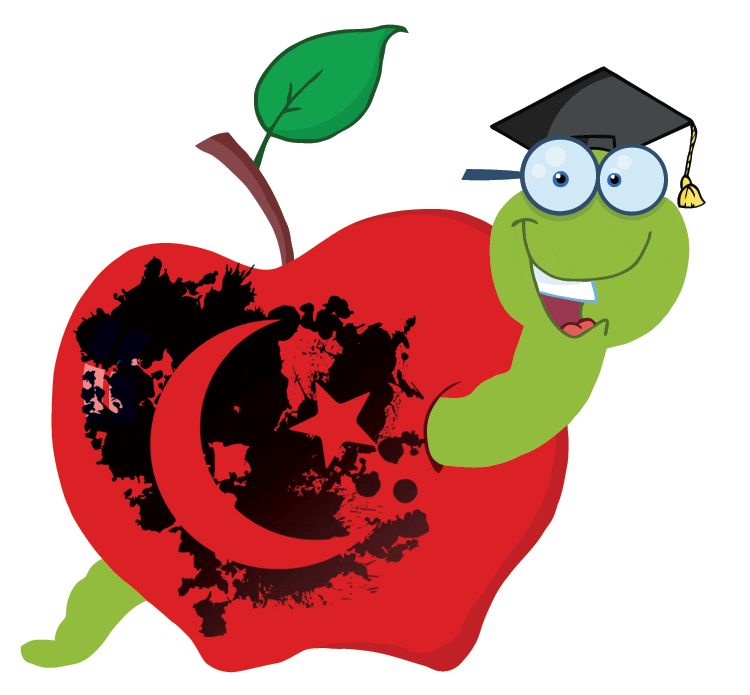