One Giant Leap for Commercial Space

A lot (in fact, way too much) was riding on Space Exploration Technologies Corporation’s (SpaceX) first launch of its Falcon 9 rocket from Cape Canaveral on June 4. As a poster child for commercial space, they have unfairly taken the brunt of the criticism of the new Obama space policy, and some of those hoping for a return to the status quo of NASA’s expensive Ares I, which the administration canceled in February, were no doubt hoping for a failure. The company has been called “amateurs in a garage” and “hobbyists” with a “toy rocket” by people ranging from space (or rather, NASA — they’re not the same thing) enthusiasts to senior senators from Alabama. Many had pointed out that they “had only a forty percent success rate” with their smaller rocket, ignoring the fact that this consisted of five launches of a new vehicle. The first three failed (each with more success) as they wrung out the bugs, and the final two were perfect flights.

But it wouldn’t be reasonable to expect an orbital delivery of a payload on a new launcher on its first flight, considering the history of rocketry. SpaceX itself downplayed expectations, pointing out that there were a number of things to be proven out on this first test flight — clean liftoff, full first-stage burn, clean stage separation, successful second-stage ignition — of which achieving orbit was only the last, and even a subset of them would be a good day. 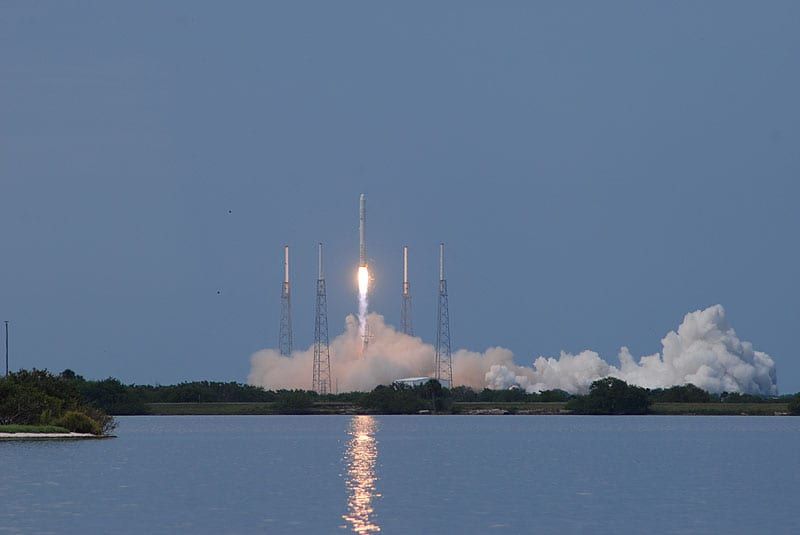 Well, it was a much better day than they dared hope. They delivered their payload (an engineering test article of their planned cargo/crew capsule) all the way to orbit on their first attempt, after some drama from iffy weather conditions, a boat that had to be escorted out of the safety zone, and an aborted launch attempt with only an hour and a half remaining in their window. The last was the most impressive thing about the launch. They went all the way in the count to ignition, and then shut down the engines before releasing the hold-down clamps, because there was an anomalous reading on one of the propulsion parameters. After an hour or so of analysis, they restarted the clock at T minus 15 minutes and had a beautiful launch with fifteen minutes to spare. No other company has a vehicle design that could recycle this quickly from a launch abort (Shuttle is a minimum of twenty-four hours). They had demonstrated this on the Falcon I, but it was quite amazing to see them do it again on the very first flight of the much larger vehicle.