Does Obama Have the Stronger Ground Game in Ohio?

Last week National Review reported some rather unsettling campaign numbers out of Ohio:

Looking at these raw numbers, it would appear that the Romney campaign is operating a lean Ohio operation in the face of a towering Obama opposition, but it’s not quite that simple.

On its face, the disparate number of campaign offices and dollars spent may seem troubling, but it’s not necessarily symptomatic of a floundering Romney campaign. First, let’s consider the campaign offices. A look at the 2008 map from the presidential campaign shows that the vast majority of the state’s counties voted for Sen. John McCain that year.

In 2010, when Republicans swept both houses of the General Assembly, all statewide offices, and the open Senate seat, most counties in the state voted Republican, with large swaths of the state voting with a 20%+ GOP advantage.

These counties are solidly, historically in the Republican camp. If you compare these maps with the places Romney has campaign offices, you can see that he is targeting areas that Democrats won in 2008 and 2010, hoping to gain ground. There’s not necessarily a good reason to have a campaign office on every street corner in every red-voting county. That said, we can’t discount the fact that the winner of Ohio’s important 18 electoral votes will be decided by the popular vote and not by winning individual counties, so we won’t know until Election Day if Obama’s strategy to have more campaign offices than counties in Ohio will pay off.

Regardless of the number of offices, the efficiency and effectiveness of staff and volunteers can multiply the efforts of a single campaign office and that’s where the GOP may be gaining an advantage. The Romney campaign offices are combining their efforts with those of other GOP candidates, so Romney Victory Centers are also Ohio GOP Victory Centers. It’s an efficient use of real estate, equipment, and volunteers who can campaign for multiple candidates during the same shift and even during the same phone call.

In addition, Fox News’ Carl Cameron reported last Tuesday that the Republicans are experimenting with new data mining and computer methodology to find what they call “new persuadable voters.” Have we reached the point where sophisticated digital technology has replaced the need for 120 field offices? We will find out on November 6.

Last week the Romney campaign released a report of their Ohio efforts with some impressive numbers about the ground game:

On Saturday alone, the campaign knocked on 123,348 doors, concluding a week in which 247,385 doors were knocked statewide.  That brings our total doors knocks since May to 1,463,156, in addition to the 3,738,469 phone calls we’ve made since then.  The last four weeks have shown steady growth in our door knocking program, and our Victory Centers are booming with volunteer activity. On Saturday, in Lebanon (Warren County), in advance of Governor Romney’s speech before 10,000 Ohioans, over 188 volunteers knocked on 15,032 doors out of our Victory Center there.  It was an amazing display of voter contact in a county that the Romney-Ryan ticket will return to a margin of victory comparable to 2004.

I voted Republican in this year’s primary, so I am on the official GOP phone list. Any time there is a campaign event in the area I get a call from the Romney folks. They also called (more than once) to suggest that I request an absentee ballot. On the first day of early voting, they called to let me know I could utilize that option. I’m not kidding when I say I hear from Romney’s people more than I hear from my mother. Their ground game has been largely focused on turning out absentee and early voters and “banking” their votes early so they can reduce the number of voters they need to contact as Election Day approaches.

I think we’ve got the best technology in the world. We’ve got our GOP Universe that we’re tracking every day with absentee ballots. We’re tracking them with municipal clerks in every county and every municipality in Ohio…where the ballots are, where the request forms are at, whether the ballots have been returned, whether the request forms have been returned. It’s just like Abraham Lincoln said many years ago, “Find every Whig and get them to the polls,” except for today, we’ve got better technology, bigger groups of people, more Victory Centers.

In addition to the official Romney campaign efforts, there are outside groups working under the radar to make sure he is elected. (Or, more accurately, to make sure Obama is not re-elected.)

The conservative Faith and Freedom Coalition (FFC), led by Ralph Reed, is micro-targeting socially conservative Catholic and evangelical Christians in Ohio. Reed claims to have millions of swing state voters in his database:

We have built a file, working with third-party organizations, with voter registration information as well as church membership and conservative and Christian book buyer data and other consumer data, a voter file of faithful Catholics and evangelical Christians that has 17.1 million voters in the roughly 15 or 20 states that will decide the outcome of this election. We’re going to be contacting every one of those households a minimum of seven times, including three pieces of mail, two phone calls. We have over 13 million cellphone numbers for these voters.

My 21-year-old son, away at college, is on Reed’s list, so I am also treated to those calls and mailings. We have received at least two pieces of mail from his group (it’s hard to keep them all straight) and a couple of phone calls. Though the official Romney campaign is playing to the moderates on social issues, FFC is making sure their targeted voters know that “Obama’s Radical Agenda” includes “attacks on religious freedom, same-sex marriage, waffling on Israel” and “abortion on demand.” They are also targeting liberal Senator Sherrod Brown.

One of the more interesting GOTV efforts this season has been undertaken by Citizens for Community Values (CCV) and its volunteers. In addition to mailings and phone calls targeting social conservatives in the state, the group is registering and courting Amish and Mennonite potential voters. Traditionally, many in these groups shun voting as a “worldly” endeavor, preferring prayer to proactive involvement in government affairs. They will, however, occasionally rally for a specific issue or candidate. In 2004, President Bush campaigned successfully in Amish areas of Ohio and Pennsylvania and increased both voter registration and turnout in this population.

Sue Ann Miller, who lives in Holmes County, said that she has worked with several friends, setting up tables at auctions and Bloodmobiles frequented by the Amish to encourage voter registration this year. “We worked right up till the registration cut off date of October 9. The Amish were very open to hear what we had to say and many signed up to vote for the first time.” Miller and others told the Amish about the president’s policies on abortion and same-sex marriage and warned them that their religious freedom would be in danger if Obama were to win a second term. “Most of them agreed and many of them registered on the spot or took the forms home to fill out and send in. “

CCV has also placed ads in the Amish and Mennonite community newspapers, including The Budget, which reaches 95% of Amish homes. The ad said that readers should think of their country as they do their garden:

Every good gardener knows prayer is essential for a good harvest…but so too are planting, cultivating, and tending it throughout the growing season. Likewise, our nation is currently in a political season, a time our Founding Fathers envisioned for pruning and planting when they established our Constitution. While it is vitally important to pray for Godly leaders, it is also imperative we take action to ensure a bountiful harvest. That means becoming informed on candidates and issues, being registered, and exercising our Christian citizenship by voting. While this won’t translate into 10,000 votes for Romney, it could add a couple thousand to his bottom line on Election Day, which could be critical if the election is close.

One group that is investing heavily with time and boots on the ground is Americans for Prosperity. Hardly a day goes by that I don’t hear something from AFP, whether it’s a piece of mail, a phone call, or one of their non-stop radio ads in my area (the Cleveland market). If we manage to oust Obama and his rubber stamp liberal senator, Sherrod Brown, we should all send thank you notes (and donations) to Americans for Prosperity, in particular, for their unwavering support of Brown’s opponent, Josh Mandel. In a press release last week, AFP Ohio described their efforts in Ohio:

In the last two months, the “Obama’s Failing Agenda Bus Tour” has made pit stops at over 250 cities nationally, including 21 in Ohio. Ohio has made over 620,000 calls statewide and knocked on over 6,000 doors talking to citizens concerned about the economy. AFP-Ohio has 10 staff on the ground, 7 statewide offices and boasts over 112,000 activists statewide.

They planned to make a million phone calls in Ohio this past weekend and just made an additional $170,000 “War on Coal” radio ad buy.

Other outside groups are working hard to sway the election in Romney’s direction next month. The NRA is in my mailbox and on my answering machine weekly, sometimes daily. They’ve been running frequent radio ads against Sherrod Brown and they’re running anti-Obama, pro-2nd Amendment TV ads in swing states. The Tea Party Patriots produced a video expose on Obamacare, called The Determinators, which has been mailed to 360,000 micro-targeted undecided voters in six swing states, including Ohio.

Again, by and large, the outside groups are running in the anti-Obama, anti-Brown, anti-Democrat direction rather than outright promoting Mitt Romney and other Republicans.

While all this is encouraging news and the polls are trending in Romney’s direction, there’s an important word of caution. The unions and other special interest groups are also expending considerable resources to defeat Romney. Though it didn’t receive as much attention as Wisconsin’s union fight, Ohio Republicans went to war with labor unions last year and lost when the unions poured millions of dollars into a referendum to repeal the GOP’s union reform law. They convinced 62% of Ohioans to vote to support “workers’ rights.” In the process, the unions registered new voters and updated their databases. And because Citizens United now gives them the ability to expend union resources to contact non-union voters, that database has vastly expanded their ground game in the state. This represents potentially millions of names over and above the official Obama campaign contacts. 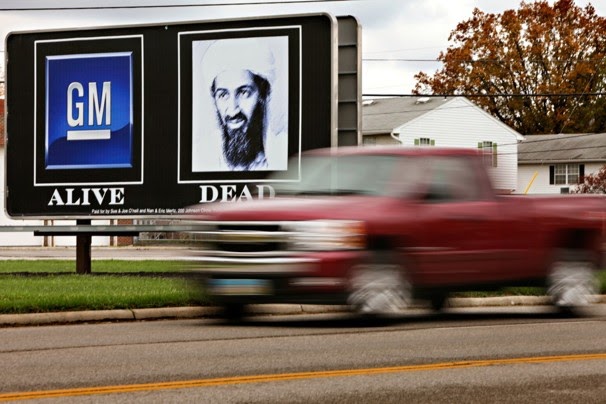 While we can look at raw numbers and count campaign offices and dollars spent on advertising, they don’t tell the whole story. As far as the campaigns’ ground games are concerned, Ohio should be considered a toss-up state until Election Day.

Also read: Are PA and MN Slipping Away from Obama?