The Jewish Federation vs. Zionism 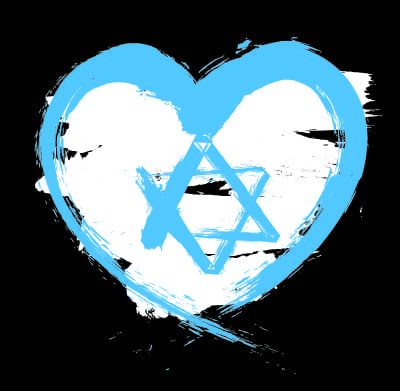 When the Los Angeles Jewish Federation stopped me from speaking last month, I said that Zionism was not welcome at the Jewish Federation. I didn’t know just how right I was. Last week Lori Lowenthal Marcus, the U.S. correspondent for the Jewish Press, reported that “in what has been described as ‘a closeted and cowardly move,’ the Jewish Federations of North America last week rejected the inclusion of the term ‘Zionism’ in a major system-wide planning document.”

According to Marcus, “Richard Wexler, former chair of the Chicago Federation and national chairman of the United Jewish Appeal in the late ‘90s, revealed yesterday, July 26, that JFNA’s leaders have rejected the inclusion of the term ‘Zionism’ in their Global Planning Table Work Group Report because the term ‘is too controversial.’”

“I am beyond disappointed and upset,” Wexler said. Marcus explained, “The rejection of Zionism by JFNA leaders was described by Wexler in his blogpost and in comments to The Jewish Press, as a continuing trend by Federations to distance themselves from Israel.”

This is the most mind-numbing and sickening news. Despite their carefully crafted half-denial, this is an attempt to distance themselves from Israel. And that is suicidal. The Jewish people are Israel. It’s like saying that I want to distance myself from myself. Or I want my heart removed from my body. I don’t want it anymore.

But in response to Marcus’s article, Jerry Silverman, the president and chief executive officer of the Jewish Federations of North America, issued a statement: “On July 27, 2012,” Silverman said, “Lori Lowenthal Marcus wrote accusing the Jewish Federations of North America of moving away from its support of Israel and Zionism.  Nothing could be further from the truth. The ongoing support of Israel is fundamental to Federations and to JFNA. Our system sends hundreds of millions of dollars each year to Israel to support the vulnerable, to assist in education programs, to help new immigrants, to assist in job and skills development, and to provide concrete expressions of solidarity during Israel’s darkest hours. We connect American Jews to Israel and Israelis by supporting birthright and other youth and young adult programs, community and national missions to Israel, and innovative partnerships between our communities and Israeli communities. We are proud to be holding our 2013 General Assembly in Israel, where we will have an opportunity to highlight the important work we do with our partners in Israel.”

This is not Zionism. The Federation’s statement is clearly a deflection. Helping Jews throughout the world including in Israel is altogether different from Zionism.

I asked Marcus about this, and she pointed out that Silverman’s statement doesn’t say anything about the central claim of her article: that the Federation rejected use of the term “Zionism” in its Global Planning Table Work Group Report. She told me: “I stand by the story exactly as written — as written, some have not read it carefully and misreadings on both sides have blurred facts. It’s regrettable the JFNA folks chose not to respond to my queries and only issued a non-responsive statement after the article was already published.”

This is in line with what Steven M. Goldberg, national vice chairman of the Zionist Organization of America and chair of the ZOA Los Angeles chapter, told me about the Federation’s cancelation of my speech: “What happened to you in Los Angeles was not a momentary aberration. It was part of a pattern that defines the Federation.” The burying of the term “Zionism” for being too “controversial” is a manifestation of the same moral cowardice. So is what journalist Caroline Glick termed in April 2011 the “Jewish Federation’s financial and organizational support for University of California at Irvine’s Olive Tree Initiative,” a tour of Israel for Jewish students in the U.S.

The Olive Tree Initiative, Glick explains, “claims to be interested in fostering good relations between Jewish and Arab students,” but “it actually just propagandizes against Israel. The speakers who addressed students participating in the two-week trip were overwhelmingly anti-Israel. Almost all the Palestinian speakers expressed hatred for Israel. Many of the Israeli speakers represented groups that call for economic warfare against Israel and defame Israel as a racist state. Half of the supposedly neutral representatives of international organizations who spoke to the group are notorious for their opposition to Israel.”

And here again, when challenged on their support for the Olive Tree Initiative, according to Glick “the Federation and Hillel have dug in their heels.” The Federation also has included “Palestinian” jihad propaganda movies in its film festivals.

We live in times when those controlling the establishment media organizations increasingly fear confronting the true evils of the day, cowed by the forces of Islamic supremacism. It saddens me to number the Los Angeles Jewish Federation among these compromised elites, but it cannot be denied any longer. L.A.’s failed Jewish leadership follows in the rich tradition of its forebears who worshipped the golden calf. Imagine: Zionism is not welcome at the L.A. Jewish Federation.

Jewish leadership is on the trains and thinks we will go quietly. This is tragic. Is it any wonder that the American Jewish left has become a problem for Israel? Who are these people? What is their role? What is the point of these fat, bloated, morally bankrupt organizations? What is their mission? What’s the point of Jewish lay leadership if they submit before their executioners? Shame on our cowardly leadership for throwing one of our own under the bus. We expect that from kapos, not from proud Jews.

The kapos had a gun to their head. What is the Federation’s excuse?

Pamela Geller is the editor and publisher of Atlas Shrugs.com. She is the author of The Post-American Presidency.
Read more by Pamela Geller