What the World Needs Now Is… Another Arab State?

Images smuggled out of the Syrian war are so horrific that the U.S. Holocaust Memorial Museum has put them on display. Cameron Hudson, director of the museum’s Center for the Prevention of Genocide, told AP that the images

show dozens of bodies lined up or piled atop one another with their faces obscured. Others show the effects of deprivation and torture, including electrocution, gouged out eyes and removed genitals…. [T]he images of Syrian corpses from detention centers share striking similarities with those of concentration camps during the Holocaust.

Meanwhile there is continued strong advocacy for creating another Arab state just to the southwest of Syria—in “Palestine.” Earlier this month the Obama administration had a temper tantrum at Israel for building homes for Jews in parts of Jerusalem that, the administration thinks, must become part of that state. Almost simultaneously the new Swedish prime minister recognized the not-yet-existent Palestine. And the British Parliament in a nonbinding vote has now also “recognized Palestine.” 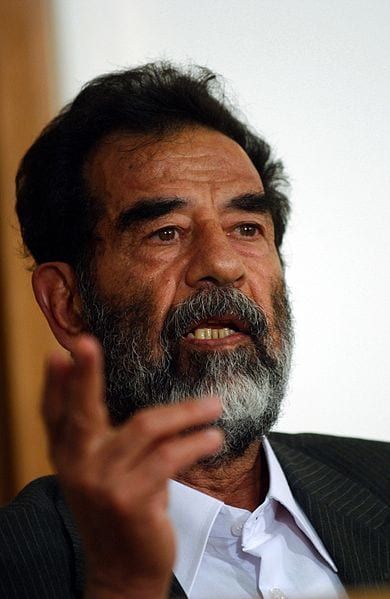 It’s not only that Arab states like Syria, Iraq, Yemen, and Libya are now imploding or, like Egypt and Lebanon, racked by severe strife and instability. Arab states have a history of just the sort of mass-scale horrors now occurring in Syria.

murdered as many as a million of his people, many with poison gas. He tortured, maimed and imprisoned countless more. His unprovoked invasion of Iran is estimated to have left another million people dead.

In the Lebanese Civil War (1975-1990) about 120,000 people were killed, many of them in massacres of Christians and Muslims. Mass slaughter is also not new to Syria; in 1982 the Syrian army massacred about 20,000 Sunni Muslims in the town of Hama, reportedly using cyanide gas. Egypt also used poison gas in the North Yemen Civil War (1962-1970).

Iraq, Lebanon, Syria, and Yemen are heterogeneous Arab countries. But in predominantly Sunni Arab (with some Berber ethnicity) Algeria, the 1990-2002 civil war between Islamists and regime forces claimed about 100,000 lives, including massacres of whole villages by the Islamists. 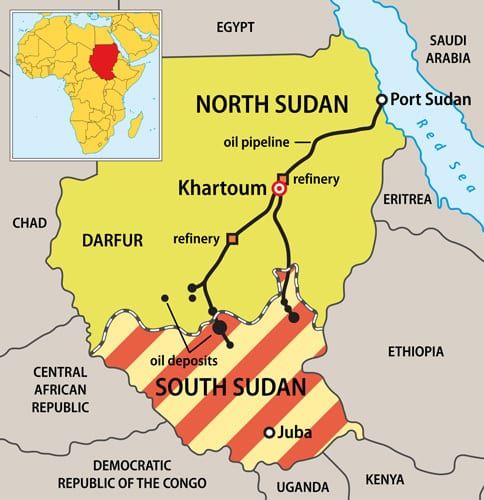 And then there is Sudan, which somehow is kept out of the headlines despite its still-raging genocidal conflict in which

[e]stimates of the number of human casualties range up to several hundred thousand dead, from either combat or starvation and disease. Mass displacements and coercive migrations forced millions into refugee camps or across the border, creating a humanitarian crisis. US Secretary of State Colin Powell, described the situation as a genocide or acts of genocide.[13]

Given this backdrop, and given the fact that instability, terror, and atrocities in the Arab world are now at a peak, isn’t it strange that calls to create “Palestine” continue unperturbed? What would life be like in the Palestinian state? How would its existence affect world stability and security—let alone Israel’s stability and security?

As Jonathan Tobin notes on Commentary’s blog, we already have partial answers to those questions: a de facto Palestinian state already exists in Gaza, and a highly autonomous Palestinian entity already exists in the West Bank. The former, Gaza, is a “terrorist Hamas state” that fired 4500 rockets into Israel this summer. The latter, the West Bank, is

a corrupt kleptocracy run by Mahmoud Abbas, a man currently serving the 10th year of a four-year presidential term. The Fatah-ruled West Bank is a petty tyranny that oppresses and robs Palestinians while raking in billions in economic aid from Europe and the United States.

And what if the Palestinians were to be left to their own devices through the creation of “Palestine”? 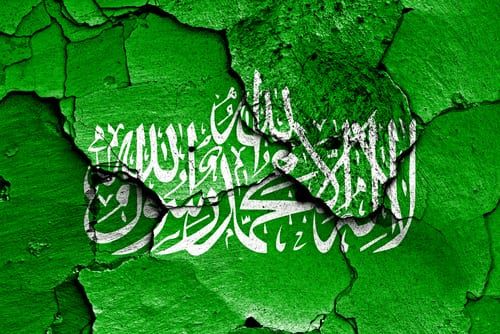 The Palestinians, like the Algerians, are a relatively homogeneous, predominantly Sunni Arab group. But considering that Fatah and Hamas already fought a brutal civil war in Gaza in 2007, that Hamas is much more popular than Abbas on the West Bank, and that the only factor currently protecting Abbas from a Hamas takeover is the Israeli army, the practical outcome of “Palestinian independence” would be murderous internecine strife followed by the emergence of an antisemitic, anti-Western, jihadist, terror-incubating, Hamas sharia state embracing both Gaza and the West Bank.

As David P. Goldman has discussed on PJ Media, a European mindset formed by antisemitism and fierce aversion to Israeli nationalism makes rational European policy toward “Israel and Palestine” an impossibility. There is still hope, though, for a U.S. administration—not the current one—that could drop the Palestinian obsession, treat Israel as an ally without constantly harassing it, and relate rationally to actual situations that exist in the Middle East without imposing obvious misconceptions.