Oh for a thousand. That’s Hamas’s batting average on the eighth day of what Israel calls Operation Protective Edge and what could be called the Insane Hamas War. Hamas has now fired over a thousand rockets at Israel, each time with the hope of inflicting multiple Israeli fatalities, but it still—thanks mainly, of course, to Israel’s remarkable Iron Dome missile-defense system—hasn’t inflicted a single one.

has targeted over 1,576 terror targets, from the air and the sea. Among the sites targeted by the IDF are: long-range rocket launchers, Hamas leadership facilities, terror and smuggling tunnels, fuel-smuggling tunnels, compounds and training sites, communications facilities, air defense elements, concealed launchers, and additional sites used for terror activities targeting Israel, including command and control centers.

These are almost all, needless to say, accurate hits, inflicting great damage on Hamas. Israel has also reportedly inflicted about 200 fatalities—some of them, of course, very famously, unintentionally killed civilians—and a much higher number of wounded.

Hamas was offered a way out of this seemingly losing situation on Tuesday morning when the Israeli cabinet voted 6-2 to accept an Egyptian ceasefire proposal. Israeli prime minister Binyamin Netanyahu said Israel would stop all hostilities if Hamas did, and then work for a diplomatically achieved disarmament of Hamas. Hamas’s military wing—which now appears to be running things in Gaza—responded by turning the offer down flat and firing dozens more rockets. Even then, it took Israel a few hours to start pummeling Hamas again.

What does Hamas want? Apart from the obvious, “glorious” one of murdering men, women, and children, various analysts mention these possible motives: inspiring a new intifada on the West Bank; getting Egypt to reopen the border crossings it has closed; getting Fatah to pay the salaries of 40,000 Hamas civil servants in Gaza; and shoring up its political status vis-à-vis Fatah among the Palestinians. Except—possibly—the last of those, Hamas has achieved none of those goals in these eight days. 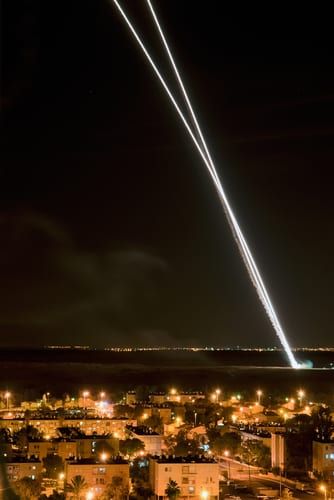 Avi Issacharoff, Arab-affairs reporter for The Times of Israel, claims nevertheless that Hamas is not really doing that badly. Israel, he notes,

has destroyed 2,000 rockets, which along with the 1,000 or so that were fired, means Hamas’s arsenal has declined by some 3,000. The problem is that Hamas is still in possession of 6,000-7,000 rockets, enough to continue fighting for weeks.

Issacharoff also says Hamas “has become the darling of the Arab media, a popular hero that has rained rockets on Tel Aviv, Haifa, and [Israel’s] famed reactor at Dimona.”

Others, though, give a different account. Khaled Abu Toameh reports:

Some Egyptians are…openly expressing hope that Israel will completely destroy Hamas, which they regard as the “armed branch of the Muslim Brotherhood terrorist organization.”

True, there are still many Egyptians and Arabs who sympathize with Hamas…. But over the past week, there are also different voices coming out of Egypt and some other Arab countries—voices that publicly support the Israeli military operation against the Islamist movement in the Gaza Strip.

This is perhaps because a growing number of Arabs and Muslims are fed up with the Islamist terrorists who are imposing a reign of terror and intimidation in the Arab world, particularly in Iraq and Syria.

is at its lowest point with regard to its image since at least 20 years ago, with criticism mounting across Saudi Arabia, Egypt, among the emirs of Persian Gulf nations, and in Jordan and Lebanon too.

To say that Hamas appears to be losing is not to say Israel’s choices are easy. These eight days have seen a relentless, dizzying debate, waged in op-ed columns, talk shows, and in the Israeli cabinet itself, on whether or not to send ground forces into Gaza. Some say it’s the only way to smash, or lastingly damage and deter, Hamas. Others say it would cost too many lives and, with Hamas now in a weak position, wedged between Israel on one side and the fiercely anti-Muslim Brotherhood, anti-Hamas regime of Egypt’s Sisi on the other, Israel can eventually prevail without boots on the ground.

The situation, to put it mildly, remains fluid and unpredictable. At this point, though, one can venture that a few good things seem to be coming out of this war. One is Israel’s very salutary display of awesome offensive and defensive prowess to the Middle East at large. Another is the disgust Hamas is now evoking among some Arabs. Firing a thousand and more rockets, all in the hope of—please, Allah—killing some people so you can dance in the streets and hand out candies… can the Arab world aspire to something better than insanity?

(A short time after this article was written, terrorists in Gaza managed to kill one Israeli with mortar fire.)