ACORN and other radical left-wing groups would be eligible for up to $15 billion in federal funding if President Obama’s new economic stimulus package becomes law.

Now that public polling shows Americans are realizing that economic stimulus programs don’t work, the Obama administration is calling the latest round of futile stimulus a “jobs bill.” In a sense it really is a jobs bill: a jobs bill for Saul Alinsky-inspired community organizers.

The draft legislation, which had not yet been introduced in Congress at press time, makes ACORN, Neighborhood Assistance Corporation of America (NACA), and a phalanx of leftist groups that regularly feed at the public trough eligible for funding. 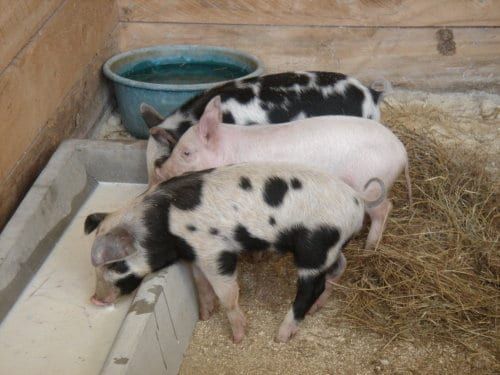 Section 261 of the bill provides $15 billion for “Project Rebuild.” Grants would be given to “qualified nonprofit organizations, businesses or consortia of eligible entities for the redevelopment of abandoned and foreclosed-upon properties and for the stabilization of affected neighborhoods.” Radical groups like ACORN won’t get the whole $15 billion, though, because they will have to compete with state and local governments for the money.

ACORN would have to get creative to extract grant money from the $5 billion allotted in the legislative package for two other competitive grant programs covered in sections 214 and 215. At first glance ACORN wouldn’t seem to be eligible for funding under the Community Oriented Policing Stabilization Fund and First Responder Stabilization Fund, but oddly enough the group has managed over the years to receive funding from the Federal Emergency Management Agency and the Corporation for Public Broadcasting, so anything’s possible.

But there is every reason to believe ACORN, which has long been in the real estate development business, will get a chunk of the $15 billion. President Obama, who used to work for ACORN, wants to give his allies taxpayer dollars regardless of whether it is lawful to do so.

In March of this year, Obama’s Department of Housing and Urban Development (HUD) gave a $79,819 grant to the Miami branch of the massive conglomerate known as ACORN Housing Corp. (AHC). AHC filed papers in 2010 legally changing its name to Affordable Housing Centers of America (AHCOA). The nonprofit corporation owed $162,813 in back taxes to the IRS, states, and cities as of this past July.

AHCOA is run by the same people who ran the ACORN network. Michael Shea, AHC’s longtime executive director, remains in the same post at AHCOA. AHCOA president Alton Bennett and board member Dorothy Amadi were involved with AHC and are longtime ACORN activists. (There are more examples of overlap between AHC and AHCOA, but I’ll spare you them for now.)

Like the T-1000 in "Terminator 2" ACORN can be slowed down but it will just continue to regroup under different names, and operate out of the same offices.

The $79,819 grant to the former ACORN Housing comes out of HUD’s Education and Outreach Initiative (EOI) program, a political indoctrination program that gives nonprofit groups money to rail against lenders and the supposed unfairness of the capitalist system.

The circumstances of the grant are particularly striking. HUD was so eager to start funding ACORN again that it apparently

broke the law, taking the cash out of fiscal 2010 appropriations. This is a problem because Congress banned federal funding of ACORN through the fiscal year ending Sept. 30, 2010. But two months earlier HUD cited the congressional ban when it withheld a $461,086 grant to AHCOA. Something happened between January and March. In March HUD relied on a government lawyer’s dubious legal opinion from 2010 that ACORN Housing was no longer part of the ACORN network — and the new $79,819 grant went through.

And now there are dozens of new ACORN offshoot groups ready to devour taxpayers’ money, as I write in my new book, Subversion Inc.: How Obama’s ACORN Red Shirts are Still Terrorizing and Ripping Off American Taxpayers.

Many of the new ACORN groups — with names like New York Communities for Change and Alliance of Californians for Community Empowerment — are eligible for federal funding. They have obtained Data Universal Numbering System (DUNS) numbers which nonprofits are required to have in order to seek federal grants.

If the proposed Jobs for Community Organizers bill becomes law it’s a safe bet the rebranded ACORN groups will be first in line with grant applications.