'Hypermasculinity' and You: The Problem with Your Biceps

An article by JR Ridley in the October 5 issue of The College Fix highlights a new type of masculinity criticism: our muscles can be too big for “healthy masculinity,” which apparently involves emotional vulnerability and sensitivity.

According to one Jackson Katz, the first male to minor in Women’s Studies at the University of Massachusetts Amherst, sexual violence and domestic abuse are men’s issues, and he feels they are linked to the size of our muscles and our guns in popular culture.

Citing an increase in the size of G.I. Joe’s biceps and of action heroes’ pistols over the course of 60 years — while ignoring (or more probably ignorant of) the fact that better physical training and firearms technology has made these obviously desirable developments possible — Katz concludes that being perceived as menacing is a necessary and increasingly more customary part of masculinity.

He prefers the emotionally vulnerable, sensitive form of masculinity (the estrogen variety?) to the standard American testosterone version: competitive, stoic, and aggressive. 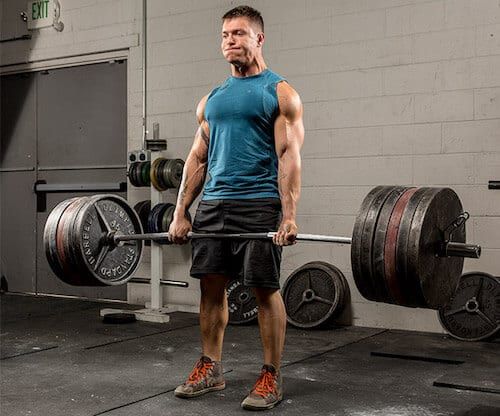 Eve Ensler, the author of The Vagina Monologues and sponsor of a panel discussion on “The Male Code” of rape and violence in one of the linked videos in the piece, states that she became so depressed while contemplating the events surrounding the situation in Steubenville, Ohio, that “I got so depressed that I literally got into bed and cried for a few hours.” This is preferable to stoicism and competitiveness?

I suppose that Katz’s background as an academic and gender violence consultant has prepared him to question the traditional roles of men and women. Since the beginnings of human culture, normal human sexual dimorphism — the physical differences between the sexes — assigned roles to men and woman based on the realities of the differences in physical capacity between them. Many societies and cultures throughout the world, even today, require men and women to pursue different tasks as vocations. The sexual ramifications of physical work, child-rearing, personal and family defense, and their carryover to social identity have inevitably produced roles defined by sex.

As technology has progressed, these distinctions have blurred, but try as we might, we have been unable to reduce the human species into an androgynous gray smear. Sexual dimorphism persists, even if the roles previously assigned on its basis have become less important to liberal arts majors. 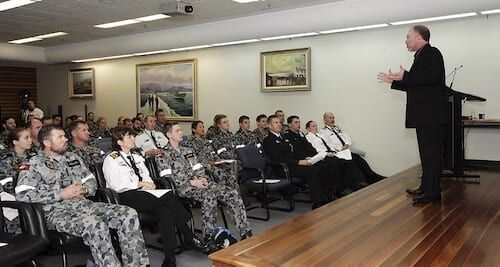 And some of us still occupy positions within society that are more physical and elemental than those occupied by tenured academics. Some of us even like it that way, choosing to split our own wood and clean our own houses.

As a strength coach, I believe everybody needs bigger muscles. Everybody.

You, your dad, your mom, and your sister need bigger stronger muscles, because you’re healthier and you live longer and more productively when your physical existence is optimized by more muscle mass. Nothing within the stark reality of sexual dimorphism requires women to be weak, even though many of you have convinced yourselves that it’s okay.

In my opinion, it’s everyone’s responsibility to be physically strong.

And why would you buy a K-frame .38 like Humphrey Bogart pointed at bad guys when you can own an N-frame .44 like Harry Callahan used? I understand that people with smaller hands — most women, for example — can’t safely handle a big pistol. These days, they make smaller ones that will still kill you.

I also think I understand that Dr. Katz sees no reason for a woman to need a handgun — he’d rather shove the rhetoric in the other direction, placing the responsibility on me and you to not rape.

We weren’t going to rape anyway, but that’s apparently beside the point. Since the process of getting big and strong obviously leads us to also desire power over women that don’t want to have sex with us, we probably will just rape them. Big strong men are sorry bastards that way. But we shouldn’t be. Then again, since we’re all bulked up and hypermasculine, and since hypermasculinity leads inexorably to rape, and since we have these big guns, we probably will.

Jax, ol’ buddy, that’s what her handgun is for.

New York Times Says ‘Modern Man’ ‘Has No Use for a Gun,’ ‘Cries Often’

Mark Rippetoe is the author of Starting Strength: Basic Barbell Training, Practical Programming for Strength Training, Strong Enough?, Mean Ol' Mr. Gravity, and numerous journal, magazine and internet articles. Rip was a competitive powerlifter for ten years, has coached many lifters and athletes, and has given seminars to thousands around the country.