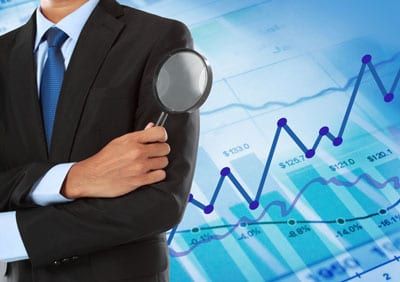 The Treasury Department’s Financial Stability Oversight Council (FSOC), having cast its regulatory shadow over the insurance industry, is now turning its sights on investment advisors.

At a time when we are trying to avoid creating the perception that certain large financial organizations are underwritten by the U.S. taxpayer, it seems foolhardy to label even more firms “systemic,” a euphemism for “too big to fail” (TBTF). Especially when there is no evidence that they operate in industries that are even remotely likely to create widespread problems for the financial system.

First, it is helpful to outline what makes banks “systemic,” and why other types of financial companies are different. In other words, why are banks prone to creating problems in the real economy if they fail en masse? The answer is: Banks borrow short and lend long, making them vulnerable to liquidity problems. Even a solvent bank can run into trouble if its depositors or other short-term creditors panic. This phenomenon is true of both traditional commercial and investment banks.

Commercial banks are largely deposit-funded and therefore prone to runs by retail depositors. Similarly, investment banks — which in the U.S. are not eligible to take or use insured deposits — fund themselves, using short-term sources such as overnight commercial paper or repurchase agreements.

Banks are the mechanism by which money flows through the economy, meaning that the failure of a large number of banks is likely to result in a sudden contraction in the money supply. Indeed, the problems in 2008 manifested initially through a run on the short-term funding used by investment banks and some commercial banks.

For this reason, banks are subject to special treatment by regulators. While it is not clear that this treatment has yielded better results, there is at least some logic to it.

But there is no logic in applying this regulatory attention to industries and firms that do not operate with a “maturity mismatch,” that is, borrowing short and lending long. Indeed, one of the most worrisome aspects of the Dodd-Frank Act has been the extension of bank-like supervision to other types of financial institutions.

As noted, Dodd-Frank gave the FSOC, an arm of the Treasury, the power to label nonbank financial companies — any company predominantly involved in finance — as “systemic.” But determining what makes a company a “systemically important financial institution” has turned out to be rather difficult.

Dodd-Frank defines it as a company whose “failure would threaten the financial stability of the United States.” That description is deliberately terror-inducing, and also highly subjective. As we saw in 2008, one person’s systemic event is another’s market correction.

The obsession with “nonbank” financial companies undoubtedly stems from Treasury’s 2008 AIG “bailout.” This is a classic example of bad facts making bad law. The problems posed by AIG weren’t a result of its traditional insurance activities, but rather its “financial products” arm, a repository for subprime mortgage-backed derivative products. And taken alone, even the failure of this key business was not sufficient to pose a risk to the system. In congressional testimony following the bailout, several bank heads confirmed that absent other factors, AIG’s failure would not have threatened the health of their firms. Instead, Treasury officials were concerned that the failure of AIG, on top of the already weakened state of several large investment banks and the general market chaos, would heighten the panic.

That’s an accident of timing, not an indicator of importance.

There is no clear reason why traditional insurance activities should be “systemic” or why any insurance company should be stamped with the “systemically important financial institution” TBTF label. If a Prudential or an AIG files for bankruptcy, customers may lose their premiums or their coverage. And even that is questionable, since there are mechanisms in place to protect policy-holders when insurance companies run into trouble. But even a major bankruptcy is unlikely to spark a market-wide panic, unless it is accompanied by a major natural disaster, war, or terrorist attack. Even the International Association of Insurance Supervisors (IAIS), the international body of insurance regulators, has said as much.

Already, two insurance firms — Prudential and AIG — have been designated “systemic.” Another, MetLife, appears to be in the FSOC’s sights, as is the mutual fund industry and other investment advisors, according to news reports.

The investment advisors may well put up more of a fight against designation than Prudential and AIG did. In recent weeks news reports have suggested that several large nonbank firms such as Fidelity, BlackRock and PIMCO would challenge a designation by the FSOC.

Part of the problem is that the FSOC is basing much of its assessment on data and reports produced by the Office of Financial Research (OFR), itself a Dodd-Frank creation. The OFR’s recent report into the systemic nature of investment advisors’ activities was flawed, to put it mildly. The report demonstrated no clear understanding of the basic activities and functions of the investment advisor industry, did not distinguish between different types of advisors and, indeed, ignored the substantial differences between investment advisors and banks. The report didn’t even draw a line between registered and unregistered advisors and relied heavily on anecdotal evidence, rather than industry-wide data.

And it won’t stop there. After insurers and mutual funds, hedge funds can also look forward to their time in the spotlight. Hedge funds, it should be remembered, weathered the 2008 crisis rather well. That sector — designed to provide short-term funds to the market — has always been more fluid than its banking counterpart. Hedge funds operate with the funds of highly sophisticated investors, have very low leverage and go in and out of business without anyone really noticing. The failure of a large fund may be painful for a few high net-worth investors, but it is hardly likely to spark the end of the world as we know it.

So what is the effect of all this?

Aside from the implicit government guarantee that goes along with being too big to fail, the “systemic” label carries with it some heavy burdens. Not least is the extension of heightened bank-like supervision to nonbanks—a questionable development, when it is not clear that banking supervision has yielded particularly good results. Or that any of these industries would do better with regulators rather than market considerations influencing their decision-making.

In addition, bank supervision is ill-suited to nonbank financial firms. For example, how do you apply bank capital and liquidity standards to an insurance firm (funded by premiums) or an investment advisor (which does not even carry assets on its own balance sheet)?

The “systemic” label also creates confusion in the event that a nonbank firm goes bankrupt. Will it be subject to the usual bankruptcy laws (Chapter 11, or a state-based insurance wind-down procedure), or the “orderly liquidation authority” created by Dodd-Frank? This could heighten market panic in turbulent times. Nothing scares creditors more than not knowing where they stand.

At its heart the issue is not all that complicated. Nonbank financial companies are not banks. And it does no one — whether a taxpayer, shareholder or customer — any good if regulators treat them as if they were banks. At the very least, the Treasury needs to spend more time coming to grips with the nuances of the industries it hopes to regulate before describing individual firms as “systemic.”