In June, Federal Communications Commission (FCC) Chairman Julius Genachowski told lawmakers the agency planned to strike the so-called Fairness Doctrine from the books. On August 22, the FCC made it official as part of a plan to remove outdated provisions and update others. As with many things, technology has changed the way media operates. With the proliferation of broadcast channels and satellite and internet radio, government-enforced “fairness” is obsolete.

“The Fairness Doctrine holds the potential to chill free speech and the free flow of ideas and was properly abandoned over two decades ago,” Genachowski said in a statement. “I am pleased we are removing these and other obsolete rules from our books.”

Created to “encourage and implement the broadcast of all sides of controversial public issues over their facilities, over and beyond their obligation to make available on demand opportunities for the expression of opposing views,” the Fairness Doctrine was enforced from 1949 to 1987 and required broadcast licensees to present both sides of a controversial issue. But it wasn’t all bad. After the Surgeon General linked smoking to lung disease in the 1960s, the FCC bowed to pressure and ordered stations to air one anti-smoking public service announcement for every three or four cigarette advertisements.

During the era of deregulation under President Ronald Reagan, the FCC stopped enforcing the Fairness Doctrine. In 1987, lawmakers attempted to codify the dead regulation, and Reagan vetoed the measure. They tried again in 1991, but George H.W. Bush threatened to veto. In its absence, conservative talk radio flourished, and — surprise! — liberals resented its success and wanted to resurrect the corpse.

When things aren’t going well for liberals, they fall back on their main source of control: government regulation. When outgunned and outmanned in the marketplace of ideas, they create more government regulations to inhibit the progress and success of winning ideas. When the liberal radio network Air America failed, for example, liberal politicians once again sought to use government power to chill conservative speech and stop what they considered to be attacks against liberals.

In 2007, Democrats were back in control of Congress after 12 years, eager to exercise their new power and leech off the success of conservative radio markets. Senator Bernie Sanders, Representative Dennis Kucinich, and others introduced legislation to restore the Fairness Doctrine, but got nowhere. 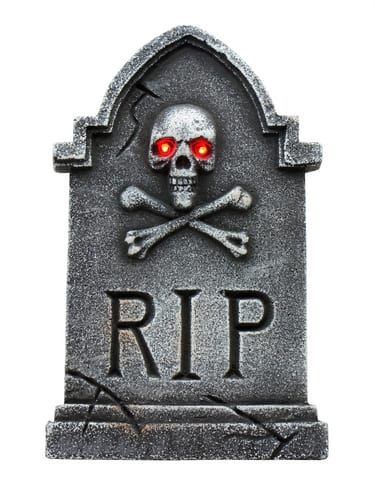 “I think it a recognition on the FCC’s part that the doctrine historically suppressed free speech,” Anderson said in an e-mail, “especially political speech, and would be viewed as unconstitutional by today’s courts, and that in our rapidly mutating media universe, any government effort to ensure ‘fairness’ is doomed to incoherence and futility.”

The Brookings Institute joined the regulation chorus. Three days after the 2008 presidential election, Darrell West, vice-president of Governance Studies, asked President-elect Barack Obama in a memo to restore the Fairness Doctrine. He wrote that television and radio generally didn’t “produce or promote thoughtful or deliberative civic discussions” and that traditional media sources produced “little substantive information and fail[s] to give citizens adequate knowledge about their government.”

The Fairness Doctrine’s burial likely won’t mean the end of attempts to stifle free speech. “While the letter of the law is now dead, we want to ensure that the spirit of this particular law also remains dead,” said Dr. Frank Wright, president and CEO of the National Religious Broadcasters. “There are many voices calling for increased scrutiny of broadcast programming under the guise of ‘localism,’ and we see such proposals as a Fairness Doctrine in different garb.”

[S]ince the FCC started playing with policies of “localism,” “media diversity” and a nebulous requirement to “serve the public interest,” with yet another unelected and unconfirmed “Diversity Czar” to implement these proposed regulations, the spirit of the Censorship Doctrine has remained very much alive. The path to censor radio airwaves is being paved through the back door….The fate of political free speech on radio airwaves lies in the balance, and shame on the FCC for not putting an end to ALL threats to free speech.

Liberals dominate major newspapers, magazines, and television networks. They rule Hollywood. They’ve got taxpayer-supported NPR and PBS. What more do they want?

If you can’t beat ’em, regulate ’em to death.