Brett Kimberlin and the Future of Blogbursts

If you aren’t, the video above is a brief primer on who he is, and why you should care. 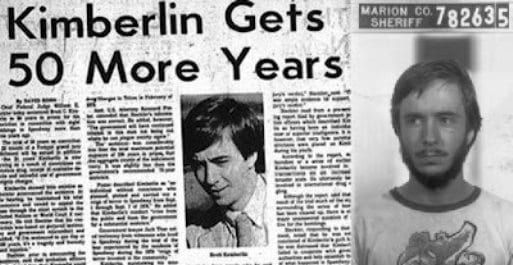 The Blaze performed yeoman’s work, creating a digestible summary about this guy’s “career” that I’ll whittle down even further:

Now, there IS a whole book out about Brett Kimberlin, but it came out back in 1996. Other than that, the mainstream media hasn’t reported much on this bizarre saga.

(Liberal cartoonist Garry Trudeau was keen on raising Kimberlin’s profile when doing so made former Vice President Dan Quayle look like a pothead. These days? Not so much.)

It’s been left to alternative media to bring this story to light. After all, Kimberlin is targeting other bloggers. We have a duty to help defend our own, when they’re being harassed simply for asking questions and reporting the facts.

To that end, Lee Stranahan declared Friday May 25 “Everybody Blog About Brett Kimberlin Day.”

Normally, such blogbursts are designed to overwhelm Google, Twitter, and other major online venues. The topic becomes impossible for mainstream reporters to ignore. Then the public demands answers, and — one hopes — the authorities finally take action.

Michelle Malkin has tirelessly curated a list of everyone who participated in Friday’s blogburst. The number is impressive, especially considering how convoluted, infuriating, and depressing the Brett Kimberlin saga is.

Ultimately, “Everybody Blog About Brett Kimberlin Day” was what hippies called a “teach-in.” Now no one in the rightosphere is ignorant of the facts. We’re all on the same page, and that builds a sound foundation for future action.

But did the message break beyond the bounds of the right-wing blogosphere?

Alas, my Monday morning Google News search for “Brett Kimberlin” didn’t show any pickup by the MSM over the last four days, with the arguably mainstream exception of Slate.com.

(The Washington Times, Fox News, and Glenn Beck covered it, and they’re huge, but don’t count — they’re still “us.”)

My fellow Canadian blogger/co-defendant, Catherine McMillan of heavily trafficked and highly influential SmallDeadAnimals.com, might have figured out part of the reason why.

She’s run lots of successful online campaigns over the years, and she took part in the Brett Kimberlin blogburst.

But she sent me a frustrated email last Friday afternoon, printed here in full with her permission:

Re: the Kimberlin blogburst. What F***ING MORON picked the Friday before a long weekend???

They always do this. Always.

You may pass this on. Please.

Some may think such objections are harsh and petty in view of the larger issue, or argue that Memorial Day was the perfect symbolic choice of date.

However, these practical, tactical details need to be hashed out if we want to be successful and not just “right.”

We ignore pragmatic critiques from veteran brawlers on our own side at our peril.

It’s also distinctly possible that the MSM is continuing to ignore the Brett Kimberlin story because a) “it’s complicated”; b) they’re leftists who sympathize with his beliefs (if “not his methods”); c) it sounds like a blogger vs. blogger feud; or d) it still hasn’t hit their radar screens. 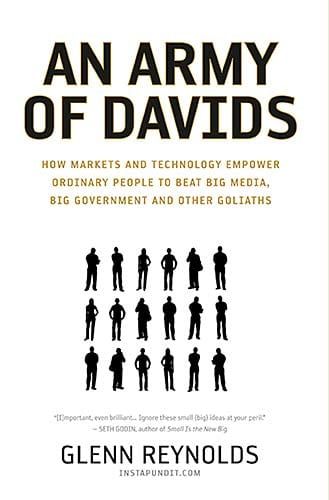 We can also ask:

Do we really need the media’s “help”? Why not focus directly on pressuring the authorities to act?

Ace of Spades posted detailed, concrete suggestions in the aftermath of “Everybody Blog About Brett Kimberlin Day”:

If you are interested in seeing justice and Free Speech prevail, please write or call your Congressman (or a nearby Congressman, or a Congressman known to be responsive to abuses by the left, if you think your own Congressman won’t act).

Complaints that remain in a blog’s comments area might as well be written on the ice of Saturn’s moon Titan. You cannot blame Congressmen for failing to act when they’ve never been asked to actually do anything.

If they don’t know about it, why would they be expected to act? If their constituents and other citizens don’t alert them, how can it be charged that they are to blame?

(Again, however: timing does matter. Politicians and their staffers celebrate weekends — long and short — too.)

I have a personal stake in ensuring that blogbursts and other online campaigns like this one “work.”

This powerful, “respectable” leftist’s relentless campaign to (as Glenn Beck phrased it) “put conservative bloggers out of business” sounds awfully familiar to me, for reasons discussed here and here and here.

I also know from personal experience that blogbursts and similar campaigns can change national conversations and influence budgets and legislation.

Besides money, Brett Kimberlin and those like him have another secret weapon: patience.

They aren’t “normal” people, like their targets are. Normal people hate conflict and will usually capitulate to bullies to make them go away.

Alas, doing so simply feeds the monster, who goes looking for its next victim.

Yes, fighting back is exhausting, depressing, and expensive.

However, when we act as an “army of Davids,” we spread the burden and the risk, and put our enemies on the defensive (an unfamiliar position for them).

Let’s keep learning how to fight in top form.

Kathy Shaidle is a blogging pioneer who runs FiveFeetOfFury, now in its 15th year. She's been called "one of the great virtuoso polemicists of our time," by Mark Steyn. Her NEW book is Confessions of A Failed Slut (Thought Catalog, 2014).
Read more by Kathy Shaidle