Editor’s Note: An earlier version of this story mistakenly claimed that Perry traveled outside of the country for his treatment. PJMedia regrets the error.

I am one of a growing number of Americans who find themselves increasingly frustrated with the low-tech surgical options available in this country for certain chronic medical conditions. To achieve an improved quality of life I’m willing to try experimental stem cell treatments. I’m in high-profile company: in early July Texas’ governor and presidential candidate Rick Perry underwent spinal fusion surgery. The procedure included an injection of his own, adult (autologous) stem cells.

Unfortunately for his fellow Americans whose lives would be greatly improved by access to sophisticated stem cell therapy, the mainstream media is treating Perry as it does every other American who bravely goes in search of adult stem cell treatment whether it takes place on US soil (as Perry’s did) or abroad: not like a pioneer, but a “medical tourist.” As we’ve seen before, the MSM botches all discussions of this important topic, grossly slacking in its duty to report medical advances fairly and accurately, wherever and however they occur. 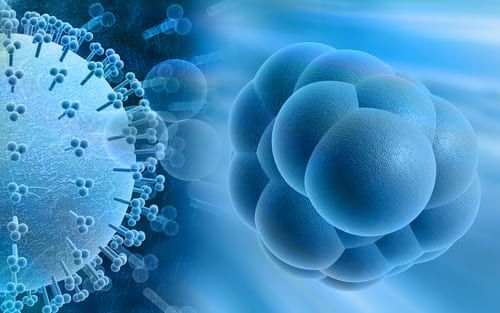 As is usually the case with any MSM discussion of stem cell regeneration therapy — especially high-profile cases like Perry’s — the tone of these articles is one of high anxiety and disapproval. Never mind that adult stem cells have been used successfully in countries other than the United States to improve the lives of people with multiple sclerosis and other debilitating diseases. The MSM may be counted on to ridicule and tsk-tsk stem cell success stories, dismissing them as “experimental” and “controversial” (read: dangerous) or outright “quackery.”

MSM news outlets don’t bother to be fair or balanced. They cannot bring themselves to admit that in the past five years more than 50,000 scientific studies on stem cells were published and posted in the National Institutes of Health medical library, according to America’s leading adult stem cell scientist, Dr. Christian Drapeau, MSc, author of Cracking the Stem Cell Code and Stem Cell Theory of Renewal. They don’t bother to float the suggestion that maybe, just maybe, stem cell regeneration therapy is not quackery at all.

No, the MSM is too busy quoting the ISSCR — the International Society for Stem Cell Research — whose members all support embryonic stem cell research and slam adult stem cell medicine. The ISSCR happens to be the MSM’s go-to quote factory. Here’s Dr. George Q. Daley of Children’s Hospital Boston and the Harvard Stem Cell Institute, a past president of ISSCR, on the governor’s decision to undergo adult stem cell treatment, as quoted by AP:

As a highly influential person of power, Perry’s actions have the unfortunate potential to push desperate patients into the clinics of quacks. … I would never in a million years accept for one of my family members to undergo this.

Substituting opinion for facts, most of the recent articles on Perry’s procedure neglect to mention the names and exact locations of the hospitals that offer adult stem cell treatment — you’d think they would, just to start a guessing game — and Perry isn’t talking. Instead of making it hard for readers to find the doctors who could help them, the MSM should rather do a public service by featuring the facilities around the globe that are pioneering this health technology.

Perry knew exactly where to go. A longtime proponent of adult stem cell medicine, Perry urged the Texas Medical Board to consider enhancing the state’s position on adult stem cell research. In his 2009 State of the State address, Perry called for greater investment in the adult stem cell industry and displayed real leadership material:

Let’s get Texas in on the ground floor and invest in adult stem cell research, the one area of that field that is actually proven to expedite cures. Expertise in this emerging and increasingly promising field will not only bring healing to the suffering and create jobs for Texans, it will also establish an appropriate firewall protecting the unborn from exploitation.

It’s refreshing to hear a presidential candidate discuss this topic with such clarity. The MSM, on the other hand, spreads confusion about cell medicine, promoting the widespread misconception that all stem cells come from dead fetuses and treating all adult stem cell procedures like so many back-alley abortions — even if the patient is a right-wing Christian presidential candidate. In fact, the MSM studiously avoids the subject of stem cells — unless, that is, you’re talking embryonic stem cells.

These are the controversial cells, harvested from dead human fetuses, that most people presume to be the foundation of all cell medicine. For the MSM, embryonic stem cells are not quackery; they are cool, cutting-edge, sexy. They are headline-grabbers. They have the highly mediagenic property of “pluripotency” – i.e., the ability to morph into any type of cell in the body. Adult stem cells are proven more effective and less risky than embryonic cells. And yet, only embryonic stem cells and their supporters merit coverage in the MSM, despite the fact that fetal cells do not perform successfully in clinical trials, as adult stem cells do.

As we’ve seen before, pro-life doesn’t have to mean anti-science. The Vatican — which opposes embryonic stem cell research for the obvious reason that it involves the destruction of human fetuses — strongly supports adult stem cell research. 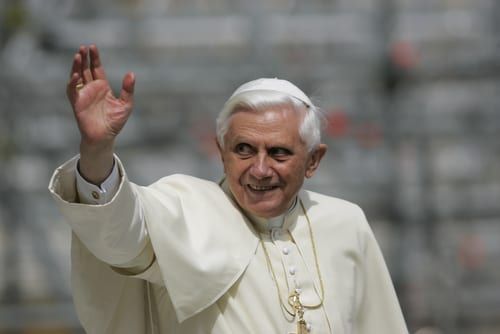 The MSM is biased against compelling facts like these. Instead of hailing this moment in medical history as the first to see science and religion on the same page, the MSM remains queasy about reporting on non-embryonic stem cells that are pro-life. Doing so would blur a church-state line by promoting a medical therapy approved by religious entities and individuals.

But adult stem cells aren’t just ethically correct, as Perry points out; they are more therapeutically effective than embryonic cells which replicate indefinitely (not unlike cancer cells). There’s a wide generation gap between adult tissue and embryonic cells, as Dr. Fabio Solano, a Costa Rican physician, explains: “Adult stem cells play a natural role in repair of damaged tissue in the adult; in contrast, fetal stem cells do not properly ‘know’ how to communicate with adult tissue.” Plus, when harvested from the patient’s own fat, adult stem cells carry no risk of rejection.

Like so many patients who have experienced first-hand the healing power of adult stem cells, Perry has an opportunity — a divine calling, if you will — to become a medical evangelist, to speak out on behalf of Americans like himself who would also benefit from cellular medicine. Let’s hope he will make the most of it by 1) morally supporting his fellow Americans who also seek medical help that simply isn’t available in the United States; 2) putting pressure on the FDA to approve the medical use of adult stem cells, pronto; and 3) strategizing a viable plan for increasing employment opportunity by keeping American patient spending on U.S. shores.

What the governor has here is a rare opportunity to win new followers on both sides of the political fence. Voters on the Christian Right are an easy sell — it so happens that many Americans who travel abroad for stem cell therapy are, like Perry, devout Christian churchgoers — but I wager that even some agnostic Democrats would started taking “Governor Goodhair” seriously too, especially if they or their loved ones are coping with a chronic disease that can most efficiently be treated with adult stem cells.

I voted for Obama (I know, I know), but I’ll campaign for Perry if he makes a solemn promise to get adult stem cells approved by the FDA.