Marco Rubio Is the Real Deal 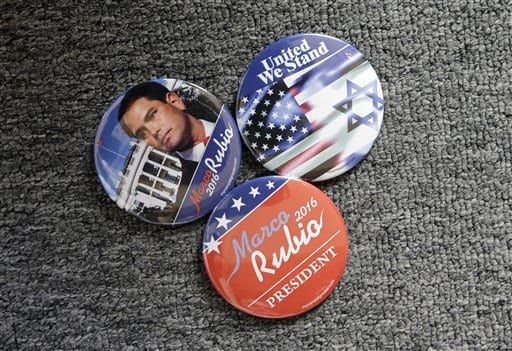 Surrounded by a friendly crowd that included Sean Hannity and a who’s who of Miami political operatives, Marco Rubio let the world in on his worst-kept secret, the fact that he’s running for president of the United States.

The venue he chose for his announcement was Miami’s beautiful Freedom Tower, so dubbed because it served as an Ellis Island of sorts for Cuban exiles in the 1960s. Rubio’s parents actually came to the United States before that, during the rule of Cuban dictator Fulgencio Batista. But they didn’t come in search of political freedom; rather, they came in search of economic opportunities. At the time, the door to each country was wide open to the citizens of the other.

Rubio started his political career as a city commissioner in the working-class municipality of West Miami, and parlayed that into winning a special election for a seat in the state House. Rubio’s political skills soon landed him in the speaker’s chair.

I first became aware of those skills when I attended a town-hall meeting Rubio had organized to discuss a property-tax proposal he had authored. Florida has a bizarre pyramid scheme in which neighbors with identical properties can pay completely different sums in property taxes depending on when they entered the pyramid. Ostensibly this system was created so that long-standing residents wouldn’t lose their homes as property values skyrocketed, but by the mid 2000s, property taxes were beginning to put a chokehold on the real estate industry that’s so important to the state.

The solution that Rubio proposed at that town meeting in Coconut Grove was to scrap property taxes on primary residences altogether and to replace the revenue by increasing the state sales tax. Rubio explained the advantages by pointing out that sales taxes always conform to the taxpayer’s financial situation. Lose your job, buy less and pay less. Contrast that with property tax bills that always come in November and are never for less than the previous year. People would finally be able to actually own their homes, free and clear. His bill passed the House, but was ultimately defeated in the Senate.

The ease with which Rubio talked about the complex issue and his rather simple solution made me take notice.

By now everyone knows or should know how Rubio ran a popular two-term governor, Charlie Crist, out of the Republican Party. Rubio won a seat in the U.S. Senate in 2010 by riding a wave of Tea Party support on a raft of Crist’s unforced errors (like embracing Barack Obama, literally and figuratively). Notably, nobody greased the skids for Rubio. In fact, the Republican establishment had backed Crist very early on.

The 2010 campaign is notable for another reason. As political blogger Stephen Miller states about Rubio:

His other strength is none of the potential GOP candidates have had the practice run against someone like Clinton. Marco Rubio has, having dispensed limousine-loving, ventriloquist dummy Charlie Crist to the political ash heap.

Several months after taking office, Rubio invited a small group of family and supporters to be in the Senate gallery for his “maiden speech”:

His respect for the institution of the Senate was on display, as he was the last freshman senator to do so. This was the first time that I’m aware of where he articulated the broad strokes of his “New American Century” stump speech, which he gave on Monday.

After being seriously considered by Mitt Romney to be his running mate, Rubio touched what has become the third rail of GOP politics, immigration reform, unleashing a torrent of vitriol in his direction that hasn’t fully subsided. But Rubio is about nothing if not the long game. As Erick Erickson points out, Rubio went out of his way to sell his approach to conservatives, never ducking the likes of Rush Limbaugh or Mark Levin.

Despite his foray into the immigration minefield, Rubio’s ACU and National Journal ratings consistently place him among the most conservative senators in that body. The RINO label simply doesn’t square with reality.

Rubio’s rhetoric is optimistic but pointed when necessary. In Monday’s speech, he took advantage of Hillary Clinton’s announcement the prior day, labeling her “a leader from yesterday.” He also took an indirect jab at Jeb and the Republican establishment in Florida by saying that he would not simply wait his turn while “our very identity as an exceptional nation is at stake.”

Rubio has assembled his capable campaign and fundraising team from a variety of sources. Among the most notable members of his team are former Romney operatives who had been privately disappointed by the largely symbolic Hispanic outreach of the Romney/Ryan campaign.

On Monday, prior to Rubio taking the stage, a variety of videos were shown to the gathered crowd at Freedom Tower. One featured Rubio coaching Pee Wee football:

The contrast between this young father and Hillary Clinton could not be starker. As Stephen Miller put it, Rubio “is the first Generation X candidate to run for president,” and it shows.

After the Republican convention in 2012 one commenter at Instapundit exclaimed, “Romney was not my first, second, or third choice, but I will crawl over ground glass to vote for him.” That comment has stayed with me as it reflected my own thoughts at the time. Rubio is my first choice, and I am already willing to walk through ground glass to vote for him. And perhaps I’m not alone.

As I left the Freedom Tower ballroom and made my way past Sean Hannity’s makeshift studio setup, someone from the crowd yelled in his direction while pointing at Rubio, “He’s the real deal!” Hannity replied, “I agree!”