‘Please’ and ‘Thank You,’ Said the Left’s Bogeyman

When perhaps not intending to be wildly profound, William Safire defined “bogeyman” — or perhaps “boogey-,” pronounced either with a long or short vowel, fully dependent upon whether or not you were William Safire — as:

A monster, evil spirit, hobgoblin, or chimera racing through our language, used by nefarious alarmists to frighten small children and innocent voters.

He wrote that definition in 2004, long before the present de-closeting of conservatives. However, it did come a well-worn 100 years after the founding of Progressivism, that contemporary religion which believes utopia comes about following an End of Days defeat of the shadowy yet paste-colored Libertarians. Safire’s column having no other political content, I like to think he dropped an Easter egg referral to one of his core political understandings, which may have been the following:

Progressives, leftists, liberals, fascists, Islamists, statists, Jersey teachers’ unions — really, anyone who thinks they deserve a bit more of your stuff — use the tactic of winning over adherents by claiming the existence of a Bogeyman.

Indeed, there is no greater impetus behind the long-term survival of these ideologies. I hope not to understate it: you simply cannot support the taking of another’s Natural Rights without convincing yourself — or being convinced at the point of a firearm — that the other does not deserve them, or cannot be trusted with them.

No Bogeyman, no liberalism.

Being as you likely are alive, or perhaps Undead (we’ve got a guy like that here), you have lived quite a while aware that you are the Left’s monster in the closet. Never mind that, objectively, your behavior, ethics, even dress are more closely suited for — and as threatening as — a Shabbas bagel brunch rather than their assumed Klan rally (and yes, they always think Klan rally). For a horror story did arise and spread in this country, and you were the ones assumed to be horrible. Whether due to mythmaking — a legitimate trade among some Marxist-born ideologies — or due to whatever human tendency is responsible for these sorts of things, you have always been expected to be deficient by the Left.

In what manner? Pick one:

— The right is poor and isolated and ignorant … the right is wealthy and greedy, uncharitable.

— The right ascribes to backward, dated theology … the right no longer correctly interprets their noble religions.

The Left has believed all of this for a century, despite the conflicting claims (presumably explained away by the Right’s being too deficient to understand its own conflicted behavior). But a century! How has this oatmeal of a myth existed for so long, and especially now, amongst a free press and a technological tipping point in information access?

A: It will never matter how much liberty and access some people have – we’re human, and some choose to behave horribly and will continue to do so. Human nature isn’t perfected via wi-fi.

B: The Left has never seen you. Literally.

This doesn’t only refer to Leftists currently alive. No Leftist has seen you gather in numbers like this, in America, since Leftist was invented. By this hottie: 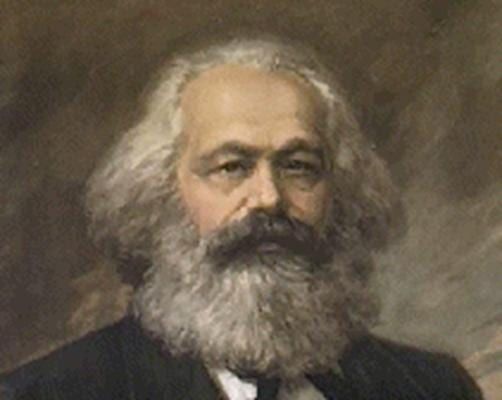 The Republican National Convention? Entirely political/ruling class. The Left has seen the conventions, but they are not you.

The Marches For Life represent alignment with a single issue, a key one but only one, and the Left generally is not even aware that the marches occur: the marches are you, but the Left has not seen them.

And really, that’s about it. I cannot find evidence of a conservative, limited government, Natural Rights rally rivaling the size of any coordinated Tea Party day — either the D.C. gatherings, or the days of multiple rallies throughout the country — since Marx.

Tyranny is nothing more than belief in a lie, though a rather big one, and tyranny ends along with the lie, and that is happening now. It’s a hysterical, unattractive process watching adherents of tyranny having their religion challenged, a process involving papier-mache puppets and scrotal inflation. But to understand the Left’s unhinged, uncomprehending reaction to the Tea Parties is to know that the lie is dying, that the Bogeyman is out of the dark and he looks nothing like they were told.

They have never seen you, and this is important to understand. Do not draw parallels to 1994, or 1980, or any other revolutionary year. Now is not like that. It is rarer, and you deserve the pleasure of appreciating what you are now alive to see.