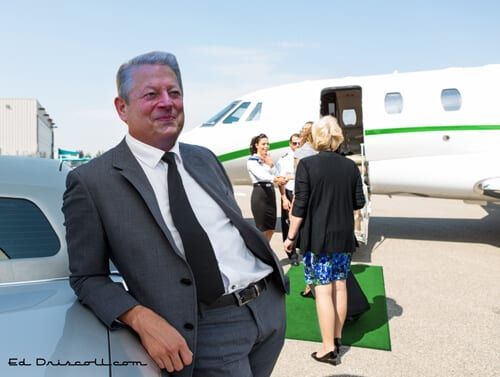 The putative climate “debate” that has been raging for the last thirty years or so has now reached the point of duncical irrationality. (I put “debate” in scare quotes since what we are observing is not so much a debate as an ideological crusade that brooks no resistance; in effect, a political jihad against those who oppose the Warmist orthodoxy.) The upcoming Paris COP (climate treaty conference) slated for December of this year, which Obama is expected to ratify, renders the situation increasingly urgent.

The world’s leading politicians, abetted by the dubious claims of the UN’s Intergovernmental Panel on Climate Change (IPCC), are plainly eager to sign an accord which, if implemented, would lead to record levels of poverty and unemployment in both the developed and Third worlds. In the words of Director of the International Climate Science Coalition (ICSC) Tom Harris, “in formulating public policy on climate change, our leaders gloss over the uncertainties and close the door to evidence that does not fit the alarmist agenda.” There is little any concerned citizen can do but register his skepticism, doubts and defiance — that is, his resolute and fact-based denial, despite the social and professional stigma associated with being a “denier” and the threat of various forms of punitive action, especially in the academy. (See, for example, the “Statement on Climate Change”  professing allegiance to the IPCC signed by the faculty of the Department of Atmospheric Sciences at Texas A & M University. Skeptics, regardless of their credentials, would never be hired in such a restrictive milieu.) By marshalling the reasons justifying such denial and disseminating them to the public, one hopes against hope to mitigate the disaster — not the so-called meteorological “disaster” of global warming but the economic disaster of uncertain science and crippling legislation — before it becomes irreversible.

The claim that we have heard bandied about for years is that the “science is settled” — a malapropism if ever there was one since the central principle of scientific thinking is that science by its very nature is never settled. There is always more to learn, always something to revise, correct and expand, always the possibility of a paradigm shift, as Thomas Kuhn famously explained in The Structure of Scientific Revolutions. The issue at hand is one of making decisions predicated on the best evidence available — the essential proviso being that the evidence is solid, authentic and comprehensive. This has manifestly not been the case in what has now become the global warming boondoggle, as we shall note shortly.

Amidst the blizzard of details, theories and confident assertions animating the global warming gospel, one can simplify the counter-argument by listing three attested facts that should settle, if not the science, certainly the furor that clouds our judgment. The matter is really not that complicated. These three facts, which no responsible scientist can deny, are the following:

1. There has been no global warming for the last eighteen years and counting. Warmists like to call this quiescent period of zero net warming a “Pause,” but there is no evidence to suggest a double-digit hiatus in process. The word “Pause” is a palpable evasion intended to maintain an unproven contention. What we do know is that during the years in which apocalyptic claims of imminent catastrophe have been indefatigably circulated, the temperature has remained stable. There is no getting around the thermometer.

2. The grounds of testimony advancing the global warming dogma are brazenly suspect and, in many instances, spurious. To cite only a few, well-known examples, there is the discredited computer models pre-programmed to advance the cause of global warming or “climate change.” Warmist researchers tend to omit important variables from their computer models, such as atmospheric humidity, sea-level pressure and long-range cycle activity. As adjunct scholar at the Cato Institute Steven Milloy writes, deploring the temptation of these researchers to guestimate the future, “Because we do not fully understand the climate system and do not know how to represent such important functions as cloud formation…many of Earth’s climate processes are parameterized (i.e., faked) in models.” According to mathematician and former carbon consultant to the Australian government David Evans, the IPCC models are wrong and the mathematics show that the human signature in the atmosphere is missing. Jonathan Newman, an environmental biologist at the University of Guelph, has also confirmed such skeptical conclusions. Newman and his colleagues reveal that the 31 computer climate models used by the IPCC produce different results: “this shows that…predicting the biological impacts of climate change can vary depending on which climate model is being used.” The beat goes on.

As I wrote in Global Warning, “Climate modeling is notoriously capricious, which may explain why many of its forecasts are conveniently projected a century into the future when they cannot be refuted by opponents of the theory….Climate modeling is really climate meddling.” The literature critically examining the defectiveness and unreliability of climate computer modeling is extensive and readily accessible.

Then there is the debunking of Michael Mann’s notorious “hockey stick” graph that served as the basis for analytical projections. Refusing to disclose his “hockey stick” metadata in judicial proceedings that he himself initiated against his critics, Tim Ball and Mark Steyn, Mann is now facing massive damage suits. When the plinth corrodes, the statue tumbles.

Which bring us to the Hadley “Climategate” scam, divulged in a cache of hacked emails, which revealed the extent of data-suppression and revisionist hijinks embraced by the movement’s proponents and leading “experts.” This outrage should have put paid to the entire controversy. A second bundle of “hide the decline” email dumps, known as Climategate 2.0, has confirmed that “climate science” has been cooked. The lead researcher at the East Anglia CRU (Climate Research Unit), Phil Jones, had gone so far as to recommend deleting all incriminating emails and/or changing the wording of others. A.W. Montford’s Hiding the Decline is a definitive exposé of the great deception known as global warming, as is Tim Ball’s The Deliberate Corruption of Climate Science,which also discloses the vast wealth-transfer scheme the lurks behind the political and “scientific” camouflage.

Then there are the emission-belching lifestyles of some of the movement’s chief advocates — e.g. Obama and his family, Nancy Pelosi and others in the Democrat administration, jetting about indiscriminately on personal business. Al Gore enjoying a lifestyle which uses twenty times the national average of electric power, apart from other kinds of energy consumption. Richard Branson, described by Norman Rogers of the Heartland Institute, as “the owner of an airline that gulps jet fuel by the tanker load [and who] whines about global warming.” Coupled with such wildly conspicuous energy consumption,  the message of retrenchment and carbon chastity we are supposed to internalize is irremediably tarnished. (Ironically, the danger we are facing appears to be the onset of a period of global cooling as the Holocene Interglacial we are currently experiencing may soon come to an end. John and Katherine Imbrie’s Ice Ages: Solving the Mystery offers an authoritative account of glacial cycles.)

3. As undeniably respectable scientists like Nobel laureate Fred Singer, co-author with Dennis Avery of Unstoppable Global Warming: Every 1,500 Years, and Robert Zubrin have pointed out, CO2, a natural fertilizer, is a positive benefit to human and animal life on the planet. Zubrin has decisively shown in The Merchants of Despair that there exists robust scientific proof derived from ice core data and isotopic ratios in marine organism remains that CO2 emissions create surplus plant growth that in turn absorbs atmospheric carbon dioxide, thus restoring climate equilibrium over the long haul, and that under conditions of cyclical global warming agricultural productivity naturally increases and human life improves immensely. This is a fact that has been thoroughly misunderstood as people have been brainwashed by politicians and their cronies who have invested in “green energy,” by a cadre of compromised scientists dependent on government research grants and now constrained to defend their reputations, and by a compliant media consortium.

As one enters into the science and pseudo-science dealing with climate change, it becomes obvious that the discipline is enormously complex, as is the subject studied, and that the intricacy of analysis and argument transcends the compass of any short paper or article. Nonetheless, when it comes to assessing the truth claims of the Warmist constituency, the three facts cited here, all easily accessible, are sufficient to clarify the scope and nature of the climate hoax that has been foisted upon us. Indeed, it is not necessary for the layman to come to grips with the myriad conclusions stemming from empirical and theoretical practice, which he has not been trained to evaluate with mathematical rigor. For those who have neither the time nor the expertise to negotiate the convolutions of the “debate” or weigh the import of figures, graphs, interpretation of data and the like, the question devolves into one of trust. And one cannot trust shysters, incompetents, hypocrites and operators who are embedded in the Warmist ingroup. It is enough to remark their discrepancies, sophistries, extenuations and disreputable behaviors to see that their deposition lacks credibility. It is, on the contrary, the members of the climate outgroup who are acting responsibly, both in their research and comportment.

In light of the above, no sensible and reasonably informed person can continue to support or allow himself to be influenced by what augurs to be the greatest scandal of the modern era.