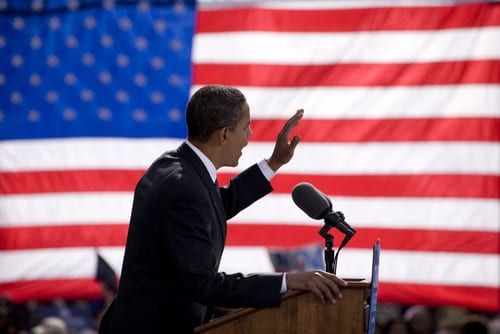 During the 2008 election cycle, Republican standard-bearer John McCain was doing reasonably well in the polls — until the economic crisis intervened and eclipsed the conduct of the presidential race. McCain made the wrong decision; he suspended his campaign and headed to Washington, ostensibly to deal with the situation but just as likely to display his credentials as a concerned American.

Obama, on the contrary, stayed the course, presumably showing his dedication to the demands of the electoral process. The result was lamentably predictable: McCain lost his edge, looking more like someone who needed a break than like a responsible campaigner, and Obama reaped the rewards of his apparent diligence.

As we approached the critical moment of the 2012 election, with Republican challenger Mitt Romney mounting a strong performance and either tied with, or leading, an incumbent Obama in a number of national polls, Hurricane Sandy erupted, allowing Obama “to project an image of a president in charge at a time of crisis.”  What Hegel called “the cunning of reason” — by which he meant the sly purposes of history — was evident in the reversal of circumstance: whereas putting a campaign on hold sank McCain, it gave Obama a discernible boost. From one day to the next, Obama regained the advantage he was in the process of losing, as Reuters put it, to a now “subdued Romney.”

On the one hand, an economic meltdown occurred at precisely the moment to scuttle the better candidate’s prospects of election. On the other, barely a week before the voting stations closed, a veritable superstorm devastated vast swathes of the country, presenting an incompetent and highly suspect Obama with the opportunity to pose as a caring and paternal figure, and thus to sway the hearts of a too-impressionable electorate. Without doubt this was a decisive moment for the president.

If I were a betting man, I’d have been inclined to put my money on Obama. If I were a religious man, I would certainly have been tempted to believe that a vengeful God had turned his back on America, no longer in the divine view a shining city on a hill, but a moral and intellectual slum not worthy of His patronage. Since I am neither, I can only remark on the brutal and unforgiving irony of electoral politics.

(Photo by spirit of america / Shutterstock.com.)