How About We Compare the Investment Records of Bain Capital and the Obama Administration? 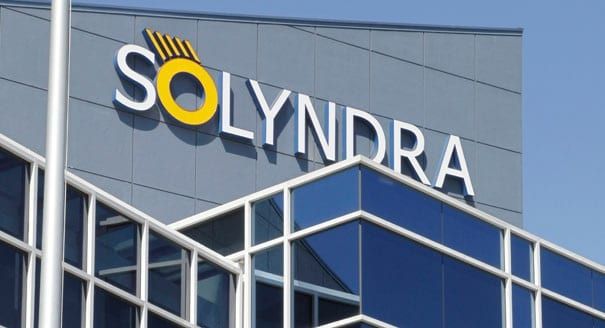 Unbelievably, the Obama campaign seems to want to have a debate about which of the two candidates is more qualified to run the world’s largest economy. Writing earlier this year I considered where the campaign seems hell-bent on going. This is a debate that can prove only disastrous for the forces of O.

To repeat what I said then: if Bain Capital buys and fails on any particular investment, the wreckage is contained to the employees of the business that was bought, the investors, and Bain management. It also means that if Bain does it too often they will be unsuccessful in raising the next round of capital.

Conversely, when the government fails, it fails on a far larger scale, particularly if the investing is done via many entities having a similar industry focus. With government investing, we all become venture capitalists, whether or not it fits our individual risk profiles.

Bain diversified itself by risking capital in a variety of industries and not going all in for any one sector. That way, its eggs are not all in one industry basket and it looks more like the overall economy.

In contrast, the administration’s attempts to invest in “green” technology, no matter what one’s views are about the efficacy of “green” technology, are a fool’s bet. Even were it able to discern winners from losers, the inevitability of bad investing in one sector should be apparent to all.

The problems for The One’s are threefold. First, he has made near-universally bad bets. Second, public entity investing possesses fundamental flaws. And third, the opportunity to make investments with politically connected business ventures has led to charges of corruption and cronyism.

Look around. Can anyone name a successful entity in which this administration has risked billions of dollars of taxpayer money? From Solyndra to LightSquared. All taxpayer money, none of it confined to only one failure and in technology whose merits none of us have any interest, expertise, and time to debate, other than for me to make the observation that Steven Chu’s fervent hope and desire that oil prices climbing much, much higher would be the first necessity for this business model to work in the real world  without needing to be propped up by the government.

Moreover, the folly associated with public entities investing in established businesses (like, say, General Motors…oops!), let alone technologies best evaluated by trained professionals, is manifest for all to see. A private equity (or even venture) investor is a highly experienced individual who has seen, invested in (and/or rejected investment in) many companies in his or her career. His existence is Darwinistic: if he doesn’t know what he’s doing and makes too many bad bets, he doesn’t get to raise the next round of fund capital and is out seeking a new career by the day after that failure.
On the other hand, a public functionary deciding to risk hundreds of millions of taxpayer dollars can’t have been through the fire of investment success-or-failure, and, most importantly, doesn’t have the same interests at heart.

By definition, his or her goals are policy-driven, not return-driven, so he feels indifferent to success: he’ll keep his job regardless of failure – unless political pressure forces him out.

Which of these two would you rather see as stewards of your money? After all, it is your money.

And, of course, as Mr. Romney pointed out this week, the government investing in industries it likes has a chilling effect on private investment in those same industries. As he said, “Who wants to compete against the federal government?”

Finally, consider the opportunity for corruption or cronyism. Would it surprise anyone reading this that the largest bets that this administration ever made were to friends and contributors of Mr. Obama’s? None of us can know which of the numerous enterprises that sought public funding failed to obtain it, but would it further surprise anyone if companies owned and managed by those on the right side of the political spectrum were refused funding?

This last point damages the administration the most. By focusing on the mores of investing by private vs. public funds, the campaign opens itself up to scrutiny on charges of corruption and cronyism. Only those dyed-in-the-wool on the Left will be untroubled by the charges that have been legitimately leveled against this ship of fools.

Furthermore, it clarifies the murkiness that surrounds the House investigations into corruption charges, and makes stonewalling on document production appear even more sinister than the underlying offense.

No, if I were deeply entrenched into the den of this gang of thieves, I’d try to go anywhere but Bain v. BO investing.

This entire foray lays bare the inherent panic that must be setting in for Hope and Change 2.0. To raise these issues now plays only to one constituency, the true believers in need of daily stimulus to maintain their enthusiasm. How else to explain this focus?