Murder and Mounting Mystery in the North Carolina Mountains 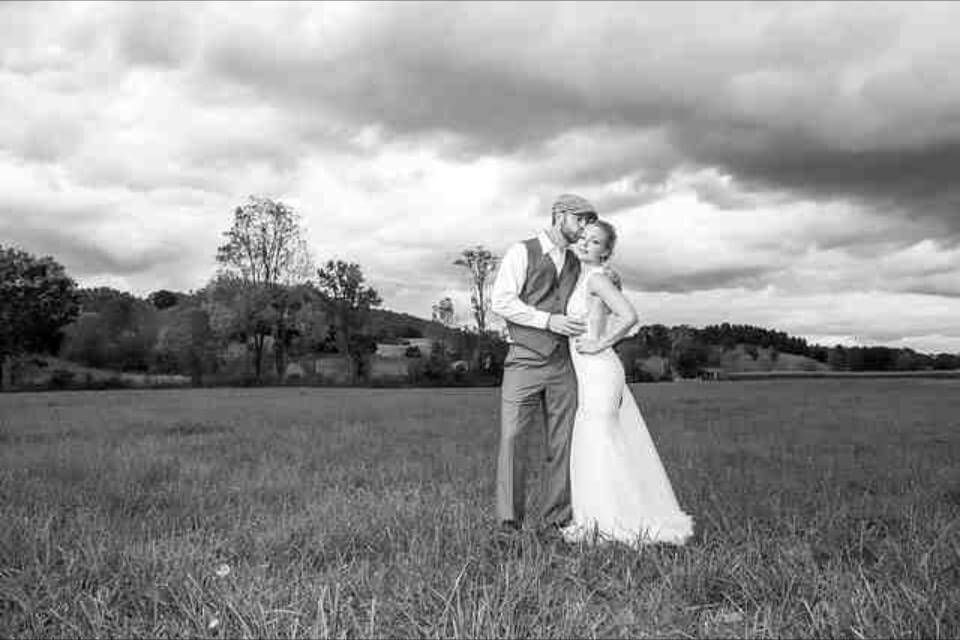 The mystery behind a mountain murder case in North Carolina has only intensified for some despite the fact that a man long suspected in another disappearance is behind bars, awaiting trial for the March crime.

J.T. Codd , 45, worked as a grip in the film industry on movies such Terminator: Genysis and McFarland, USA. Cristie Schoen, 38, was a contestant on Food Network Star in 2012 and a film-set caterer who ran Tree Hugger Catering with her former fiancé, Dirk Long.

The pair bought a house on 36 acres of land at 87 Hookers Gap Road in Leicester, N.C., with the intent of starting a hydroponic farm. They married in October, and Cristie was five months pregnant at the time of the couple’s disappearance. Friends of J.T. Codd who talked to PJM characterized the relationship as troubled; others who knew the couple have given a positive opinion of the relationship to various media outlets.

On Monday, March 9, J.T. withdrew more than $40,000 from the bank. The next day he was supposed to meet a local real estate agent and friend, George Lycan, but canceled via text message. He rescheduled to meet Lycan at 5 p.m. the next day for beers yet never showed up.

That same day, Wednesday, March 11, Cristie was reportedly witnessed in the house – along with a contractor who had been working on the property, Robert Jason Owens, 37 – by pest-control technicians who came to the property for a regularly scheduled appointment.

On Thursday, March 12, Lycan received a text from Cristie’s phone: “Sorry. We both have this stomach flu. Throwing up and such. We both have just been trying to sleep it off.”

According to Buncombe County Sheriff’s Office search warrants, Cristie’s father, Bill Schoen, called the department at 3:23 p.m. on Sunday, March 15, to request a welfare check for his daughter, who was supposed to arrive in Mississippi by 4 p.m. that day. “Bill Schoen advised that he has not had contact with his daughter and that is not normal for him not to have contact with his daughter,” the warrant states. “Schoen advised that his wife did speak with Cristie Codd on 3/14/15.”

Deputies went to the residence and the door was opened for them by neighbor Cecilia Owens, an aunt of Jason Owens by marriage. Long reportedly arrived on the scene around this time.

They found the couple’s dogs “unattended”; they’d gone to the bathroom in the house. The warrant states that deputies found “a medicine cabinet open inside the residence with band aids removed.” Cristie Schoen’s purse and J.T. Codd’s wallet were inside the home.

A check of the couple’s cell phone records found multiple text messages from J.T.’s phone to Jason Owens’ phone. At 8:30 p.m. on Sunday, March 15, Owens “was observed dumping large garbage bags into a dumpster.” These reportedly included personal effects such as Cristie’s identification and a pot card.

Detectives interviewed Owens, “who admitted to going into the residence… and stealing the items.” They obtained a warrant to search his residence, a nearby property with single-wide and double-wide mobile homes. Items seized in the search included photos, computers, three flash drives, a saw blade, 11 knives, an extension cord, and “debris” from the wood stove and yard, later determined to be human remains. Owens was arrested on Monday, March 16.

Owens’ wife, Samantha, told detectives that her husband was driving a Dodge pickup belonging to J.T. Codd when he struck and killed him. That truck was still on the Codds’ property, and taken into evidence. The warrants noted the presence of the pickup and two other cars, but said nothing about any signs of damage or other evidence.

On March 20, a suspicious fire on Owens’ property destroyed the trailer with the wood stove where remains had been found. Eleven days later, sheriff’s officials were back at the 1.4-acre property searching for evidence with a team of Western Carolina University criminal justice students. The very next day, there was another fire on the property – a downed power line, a family member said.

Owens has been indicted on two counts of armed robbery, two counts of dismemberment, and three counts of murder (the Codds and their unborn child). The grand jury found that Owens was “knowingly and willingly dismembering or destroying human remains” to conceal evidence while knowing that the Codds “did not die of natural causes.” No motive has been revealed, and the indictment says he committed the crime “by means of an assault consisting of having in his possession and threatening the use of a dangerous weapon, to wit: a kitchen knife approximately ten inches in length, and/or a motor vehicle, and/or a firearm.”

The indictment says Owens stole jewelry, a handgun and a computer from Cristie, and a backpack from J.T. The search warrant from the deputies’ original sweep of the Codds’ home showed that they found an iPad, tablet computer, revolver, “3 gun cases and contents,” ammunition, and a ring untouched. One source said the ring was found on the floor, but accounts vary widely of how the crime scene otherwise looked. Deputies did remove two pieces of carpet, swabbings and a spray bottle, according to the warrant.

In mid-April, a sizable coalition of J.T. Codd’s friends wrote to North Carolina Attorney General Roy Cooper with concerns about how the Buncombe County Sheriff’s Department was handling the investigation. “Many of us have visited Cristie and JT in North Carolina and we believe that we have information and observations that might prove helpful to the investigation of the brutal murder of their family,” they wrote in the letter provided to PJM. “Thus far, Sherriff [Van] Duncan and his staff have not returned any of our telephone calls or inquiries; they have not spoken with persons outside of North Carolina, Leicester County, in particular.” 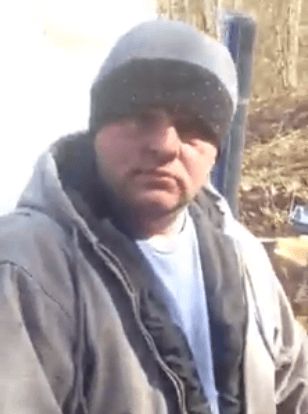 Separately, Lycan also noted that he tried on several occasions to share his final interactions with the Codds with sheriff’s officials, yet “they weren’t very interested” and eventually “sent over a couple of suits” to take pictures of his phone.

J.T.’s friends pointed out in their letter to Cooper that there had been a fight at the Codds’ wedding initiated by Owens and a friend. That friend, Andrew Mohammed, worked on the property as well. And the fight was also on the Codds’ property – an “inner circle” had gone back up to the property after the reception for a wedding-night bonfire.

J.T.’s friends also noticed “odd and inappropriate” Facebook posts by a relative of Owens; the profile has since been taken down and one of J.T.’s friends tried making several calls to detectives about the discovery.

They also expressed concern about the fires potentially destroying evidence on the Codds’ property and the lack of guard over the crime scene while it still hadn’t been fully processed – as well as the criminology students eventually utilized to comb the scene.

And if Owens was in custody for murder, who set the fires? “Our immediate concern is that if persons in addition to Robert Owens are involved, more evidence could be lost, hidden or destroyed or worse than that, other lives might be in danger,” the letter adds.

The friends also asked about a request from the sheriff’s department for J.T. Codd’s medical records. “We wonder if there is uncertainty as to whether the remains found actually belong to JT,” they wrote. “If so, we are concerned about the report that the remains have been found. We also question why there has been no mention of Cristie and Skylar’s [the unborn child] remains.” The sheriff’s office hasn’t confirmed how many sets of remains and whose remains were found.

They received a response from the attorney general’s office that, by North Carolina law, they’re not authorized to investigate the complaint against the sheriff’s office.

In May, North Carolina’s State Bureau of Investigation told PJM that the Buncombe County Sheriff’s Office had not asked for assistance on the Codd case. PJM recently asked the sheriff’s office if this was still true, and was told they would “no longer make any comment at all” on the case.

The SBI has never been called in by Buncombe County on two other murders, still unsolved: William Baraqui, a Florida man found shot to death at the Nakon Motel along the Smokey Park Highway in 2013, and Judy Smith of Boston, whose remains were found a hiking trail in 1997. A story on the latter investigation noted Buncombe investigators were bristling at the prospect of FBI involvement in the case.

SBI spokeswoman Teresa West did say that as far as “homicides in the jurisdiction of the sheriff’s office, the SBI has assisted in over 100 of those cases.”

The unsolved case that rings instant alarms with Owens, though, is a 15-year-old disappearance in which he was originally a suspect. In 2000, 18-year-old Zebb Quinn met Owens one night after his Walmart shift to go see a car he was interested in buying. They took separate cars, and Owens told police Quinn signaled with his headlights for him to pull over, was agitated about a page he received and then accidentally rear-ended Owens’ car. Owens later showed up at a hospital with a head injury and broken ribs; he’d gotten in another car accident, he claimed, though there was no police report to substantiate this.

Two days after Quinn disappeared, Owens called the Walmart – pretending to be Quinn, calling in sick. The call was traced back to Owens, who said he was doing a favor for his friend at his request. No arrest was ever made.

After the Codds disappeared, though, attention was renewed on the Quinn case. Asheville Police revealed they found fabric and leather as well as “unknown hard fragments” underneath a layer of concrete for an alleged pond project that Owens started after Quinn’s disappearance yet didn’t finish.

Owens’ prior scrapes with law include dealing prescription drugs, driving under the influence and possessing stolen property. “I do not see him doing this. To put him in the paper and on the news like he’s a serial killer, he’s not that kind of person,” his cousin, Scott Owens, told the Asheville Citizen-Times. “…He told me from day one, don’t believe what you hear. We were all friends with the Codds.”

Friends of J.T. Codd who spoke with PJM didn’t doubt Owens’ involvement, but felt they’re not getting the whole story.

For one, they didn’t see the 6’4”, 190-pound J.T. getting easily overpowered. They also noted that a burglary last year at the Codds’ home – Owens was listed on the police report as a neighbor, where his aunt lived – emptied a shed of tools that would have been hard for one person to haul away. And if robbery was a motive this time, why leave valuables behind when Owens knew the home from his work there?

As far as other suspects, before indicating that they would no longer comment a sheriff’s office spokesperson told PJM “it’s an ongoing investigation that we are working.”

One friend of the couple’s in town characterized the roads that wound up into the mountains as corridors of meth use and dealing, and said Cristie found herself in the “unwanted position of being a counselor.”

“There’s one or more accomplices up and down that hill,” the source opined of the murders.